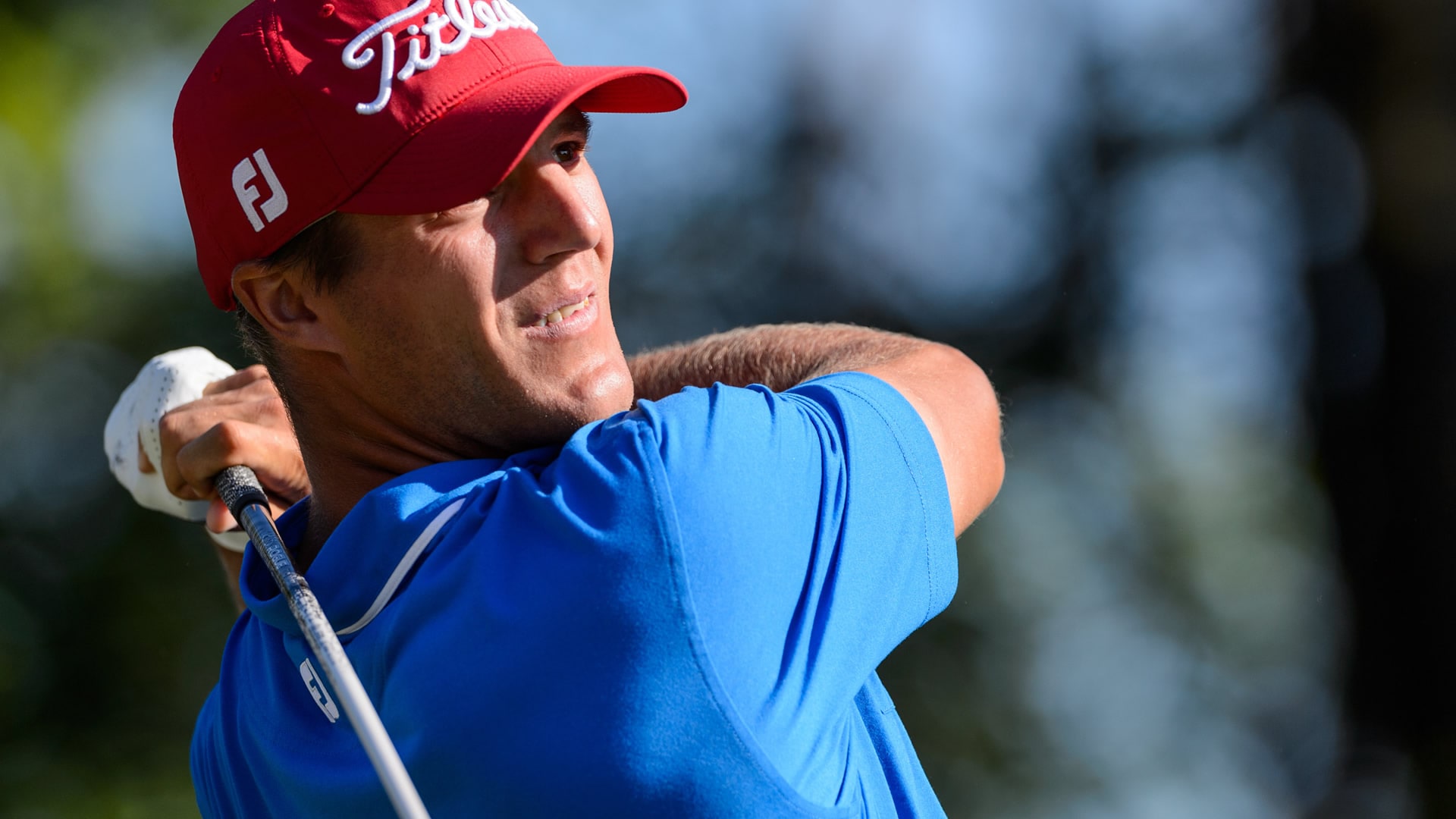 It's been 62 years since a Canadian lifted the trophy at the RBC Canadian Open. Perhaps it'll take an amateur to break the streak.

Playing together during the first round at Glen Abbey, both Jared du Toit and Garrett Rank made surprising moves onto the early leaderboard in Ontario.

Du Toit, a rising senior at Arizona State, opened with birdies on four of his first six holes. While he cooled in the middle of his round, du Toit authored a highlight when he holed his approach from a fairway bunker for eagle on No. 17.

"Just had to hit one good shot, came out just how I wanted," du Toit said. "I didn't even know it went in. Just somebody yelled by the green and said, 'Yeah, it's in.' It was awesome."

He followed with a birdie on No. 18 to post a 5-under 67 that left him one shot off the lead set by Luke List. It was an impressive performance from a player whose lone professional start this year came at the Dakota Dunes Open on PGA Tour Canada, where he missed the cut.

"It's the first time I've had to sign autographs after rounds. That was awesome," he said. "It's definitely in the top three rounds I've played in my career, just kind of feeling-wise and atmosphere."

Du Toit wasn't the only amateur to shine, as Rank carded a 3-under 69 that equaled, among others, Jason Day and Matt Kuchar.

"I told my brother last night, there's tees and there's pins on this golf course, and they're no different," Rank said. "Maybe there's more people watching and the conditions were a little tougher, but I'll just keep telling myself that and just stay patient and continue to do well."

Rank, 28, is a testicular cancer survivor and makes his living as an NHL referee.  But his clubs did the work Thursday, as he played the final four holes in 4 under including an eagle on No. 18.

"I'd be lying if I told you I didn't take my clubs with me when I was on the road in Florida and Arizona," he said. "I think it helps me and makes it a little easier for me because I know this isn't the end of the world, whether I shoot 65 or 75. It just allows me to stay a little bit more relaxed."