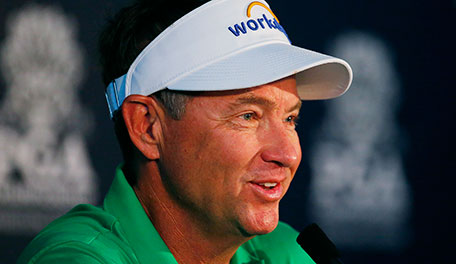 SHEBOYGAN, Wis. – The players aren’t the only ones interested in how next year’s PGA Tour schedule plays out.

Davis Love III, who will captain his second U.S. Ryder Cup team next year at Hazeltine, said he is particularly interested in how players navigate a schedule that has become increasingly condensed due to golf’s return to the Olympics.

“I'm still wondering what's going to happen with the Olympics, what guys' schedules are going to be like before and after,” Love said on Tuesday at Whistling Straits.

Next year’s schedule, which includes two majors (the Open Championship and PGA Championship) in a three-week span, isn’t the only thing Love will need to keep an eye on.

The PGA of America changed the format for next year’s selections process, moving the automatic selections to the week after The Barclays and the captain’s picks deeper into the FedEx Cup playoffs (three picks will be made after the BMW Championship and Love’s final selection will come after the Tour Championship).

“The playoffs are really where we're going to tell where our team is going to be made, make our three selections after a few playoff events. And then we'll kind of know where we stand,” he said.