Casey again comes up short in a playoff 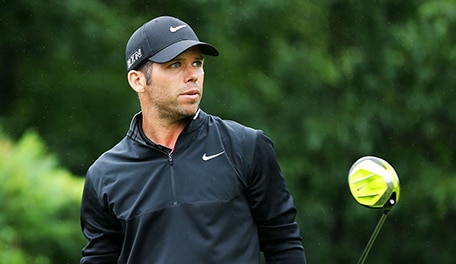 For the second time this year, Paul Casey came out on the wrong side of a PGA Tour playoff.

Casey shot a 5-under 65 Sunday to force a playoff with Bubba Watson but imploded on the second playoff hole. After finding a fairway bunker off the tee, Casey played his way to the greenside sand before skulling his ball over the putting surface and up a hill, ending his hopes.

"Round was great, really was," he said aftewards, still seeming upbeat. "I thought it was probably a tall order to have a chance of winning today. I thought those guys right behind us would probably stretch it out and keep making birdies. I was fortunate to have a chance. I’m disappointed with – I just couldn’t get in the fairway on 18. I struggled on 18 today for some reason, but all in all it’s been a great week."

Sunday marked the second extra-hole defeat this year for Casey, who lost to eventual champion James Hahn in a three-way playoff with Dustin Johnson at Riviera in February.

Despite those near-misses, the 37-year-old Englishman is enjoying something of a career resurgence after falling as low as 169th in the Official World Golf Ranking in 2013. The former European Tour regular decided late last year to focus on the PGA Tour, a move that’s paid off in the form of two runners-up, a third, and three more top 10s.

Though he remains in search of his first PGA Tour victory since the Shell Houston Open in 2009, Casey is projected to move back inside the top 25 of the Official World Golf Ranking thanks to his finish at the Travelers, where he appears to have enjoyed himself.

"[Travelers CEO] Andy Bessette just extended an invite," Casey said. "If I want to come back again, he’ll invite me back. So, yeah, maybe I’ve got some unfinished business. Maybe I’ll come back next year and try to get that win."