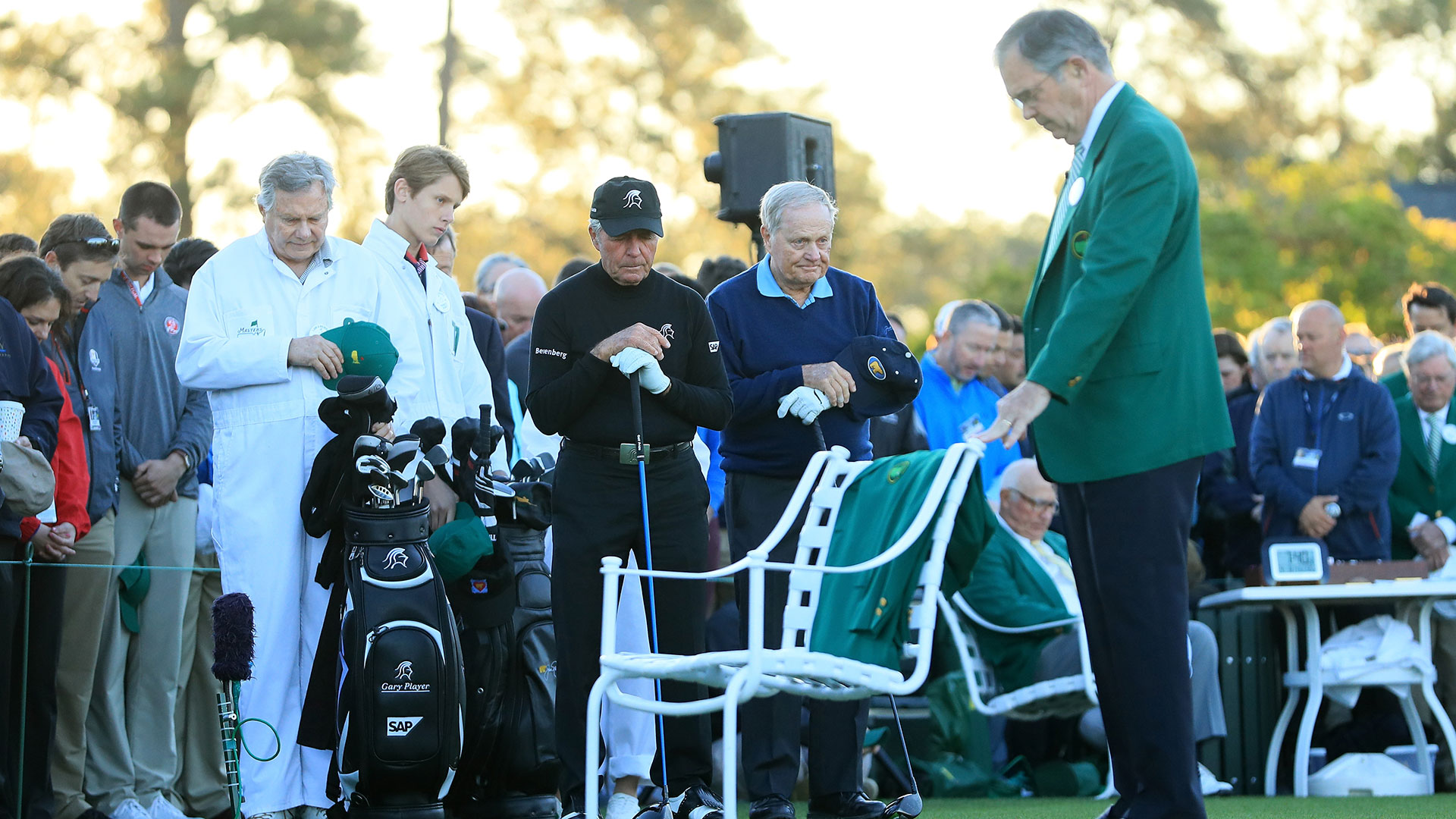 AUGUSTA, Ga. – The ceremonial first tee shot at the Masters remains serious business for Gary Player, who was on the practice tee at 6:30 a.m. Thursday.

“I wasn’t even out of bed yet,” quipped Jack Nicklaus.

It was a light moment during an otherwise emotional start to the 81st Masters, the first since 1954 without four-time champion Arnold Palmer. Every patron who entered the gates Thursday received a commemorative “I am a member of Arnie’s Army” badge.

Augusta National chairman Billy Payne escorted Palmer’s widow, Kit, down to the first tee. Then Payne draped Palmer’s green jacket over the back of a chair and asked for a moment of silence. Jordan Spieth, Rickie Fowler, amateur Brad Dalke and Butch Harmon were among those who watched the ceremony in person.

“It is a wonderful, but in one respect, difficult day,” Payne said.

With thousands surrounding the first tee, Player teed off first, sending his drive down the fairway. Nicklaus held up his cap and looked skyward, his own tribute to Palmer, and wiped his right eye.

Then Nicklaus, 77, who earlier this week had the weight in his driver readjusted by Rory McIlroy, pumped his drive straight down the middle, about five yards past Player, 81.

“The official word was that it was a little past,” Nicklaus said. “Gary is claiming a tie. But it’s OK. It doesn’t make any difference one way or the other. Neither one of us topped it, skied it or whiffed it.”