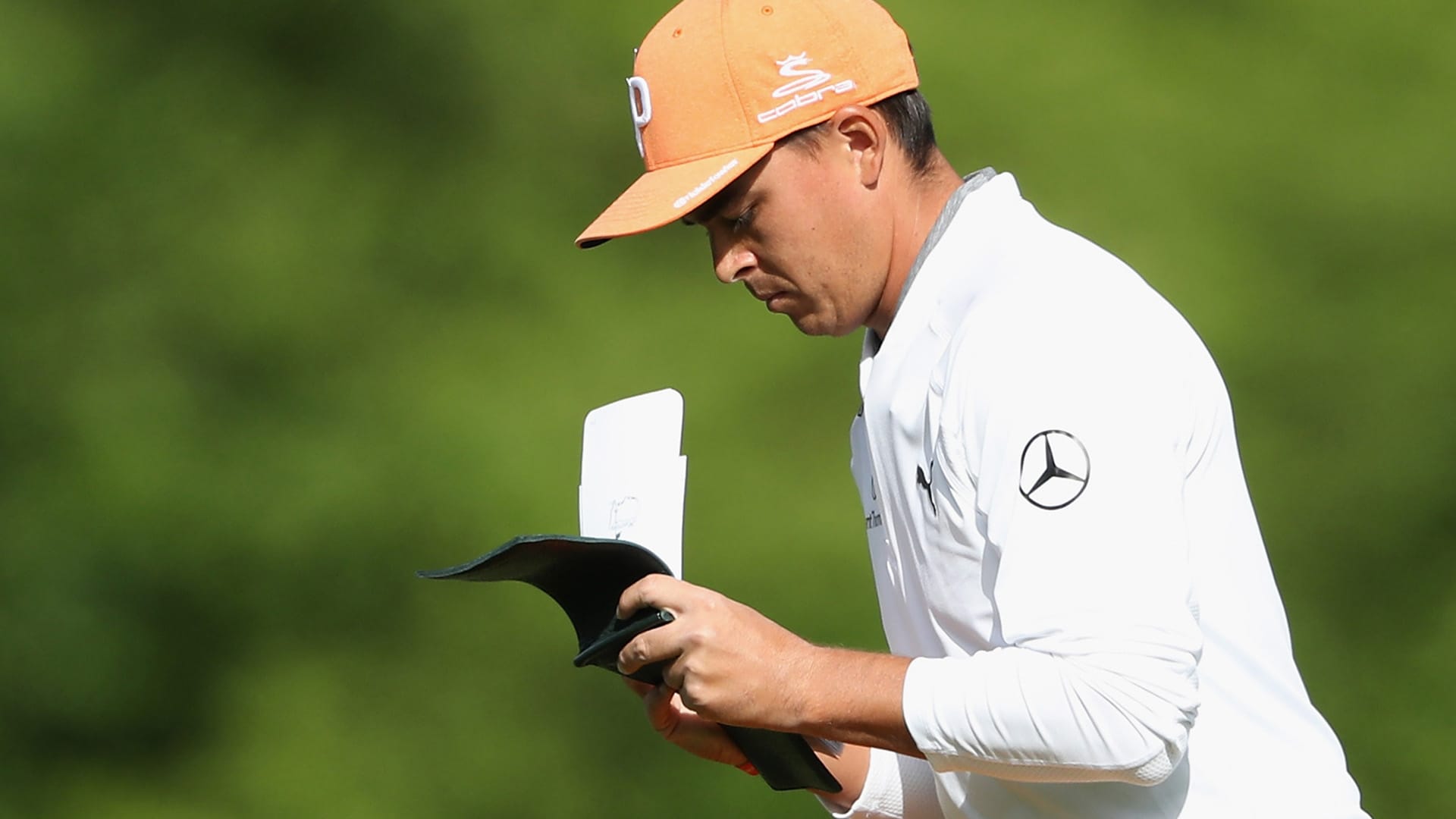 The Masters is officially in the rear-view mirror, and Patrick Reed is already making his rounds in the green jacket. But there's still plenty to discuss from the season's first major.

Brandel Chamblee was back on the Golf Channel Podcast this week and was asked by host Will Gray for his thoughts on a variety of subjects, including his view on what Rickie Fowler needs to do to turn last week's runner-up finish into his first major title:

"Rickie Fowler's the nicest guy in the world. But you've got to get, and there's no other way, I mean you've just got to get a little meaner, and a little bit more arrogant. We view arrogance with such disdain in our society. It's like, why? Why? If you don't believe in yourself, who the hell will? And arrogance in sport is a good thing. It serves you well. It may not make you the best dinner companion, it may not make you the greatest corporate push man. But it serves you well. And I hope that this finish at the Masters will make him, at least internally, more arrogant."

Chamblee also shared his perspective on Rory McIlroy, whose quest for the final leg of the career Grand Slam went sideways during a final-round 74 that stirred memories of his final-round collapse in 2011:

“The one thing that Rory is being held back by at Augusta National is the inadvertent, out-of-nowhere miss to the left and the inability to, with ease, hit high fades. His golf swing is gorgeous, there's no question about it. But it's not debt-free. There's some debt in there. There's some demons in his golf swing."

Chamblee also had plenty of thoughts about four-time Masters champ Tiger Woods, who made the cut in a major for the first time since 2015 but whose tee-to-green inaccuracy left Chamblee wondering if he'll be able to put together the necessary pieces to contend at the U.S. Open and perhaps someday win a 15th major:

“I think he can win golf tournaments driving it in a middling sort of way. But I don't think he's going to win major championships, because the penalty for a mistake is too stiff there, and it seems like the best players peak. Look how well Brooks Koepka drove the ball at the U.S. Open. Look at Dustin Johnson the year before. Jon Rahm's going to win a major; he drives the eyes out of it. You've just got too many good drivers of the golf ball that are going to step up at majors and hit it 330, dead straight and down the left-center when the pin's on the right and down the right-center when the pin's on the left.

"He'll win the way he's playing. He'll figure it out and win, but to win majors he's got to figure out a way to drive the ball better."

As for the rest of the podcast, Gray and Chamblee tackle Patrick Reed's major breakthrough, Jordan Spieth Sunday charge and Phil Mickelson's chances at the U.S. Open.

Listen to the entire podcast below: