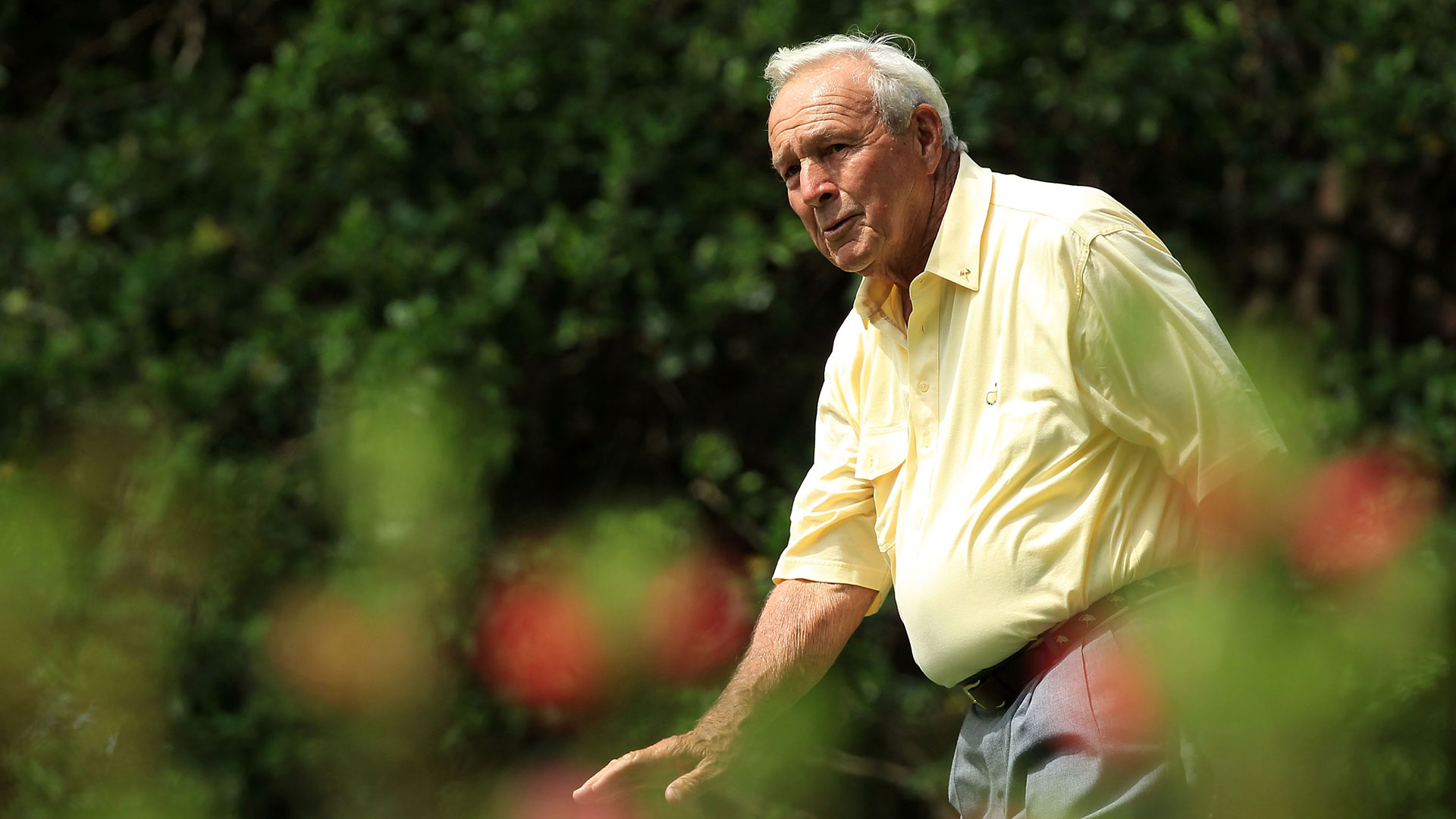 After reigning Masters champion Danny Willett made a toast to Palmer – with Palmer’s favorite drink, Ketel One vodka – and all of the past winners feasted on traditional English pub fare, the focus turned to Palmer.

Jack Nicklaus, Gary Player, Tom Watson, Raymond Floyd, Bob Goalby and Doug Ford were among those who spoke about their relationship with the King.

“That was kind of a heavy dinner last night without Arnie there,” Watson said Wednesday morning. “But time travels on and people will remember what he did for the Masters and for the game.”

“Arnie always made people feel good,” Watson said. “That was Arnie’s personality. I left them with this: There’s never been a greater friend to golf than Arnold Palmer.”

In addition to the toast, Willett left a custom bottle of Ketel One in each of the champions’ lockers in hopes they’d honor Palmer in their own way.

“The last few years, it’s been a little bit more of a celebration in there,” said Mark O’Meara, the 1998 champion. “We all were very sad about Mr. Palmer’s passing. A lot of players knew the struggle he was going through, but we also realized what he has meant to those of us in the room and what he’s meant to the Masters Tournament.”