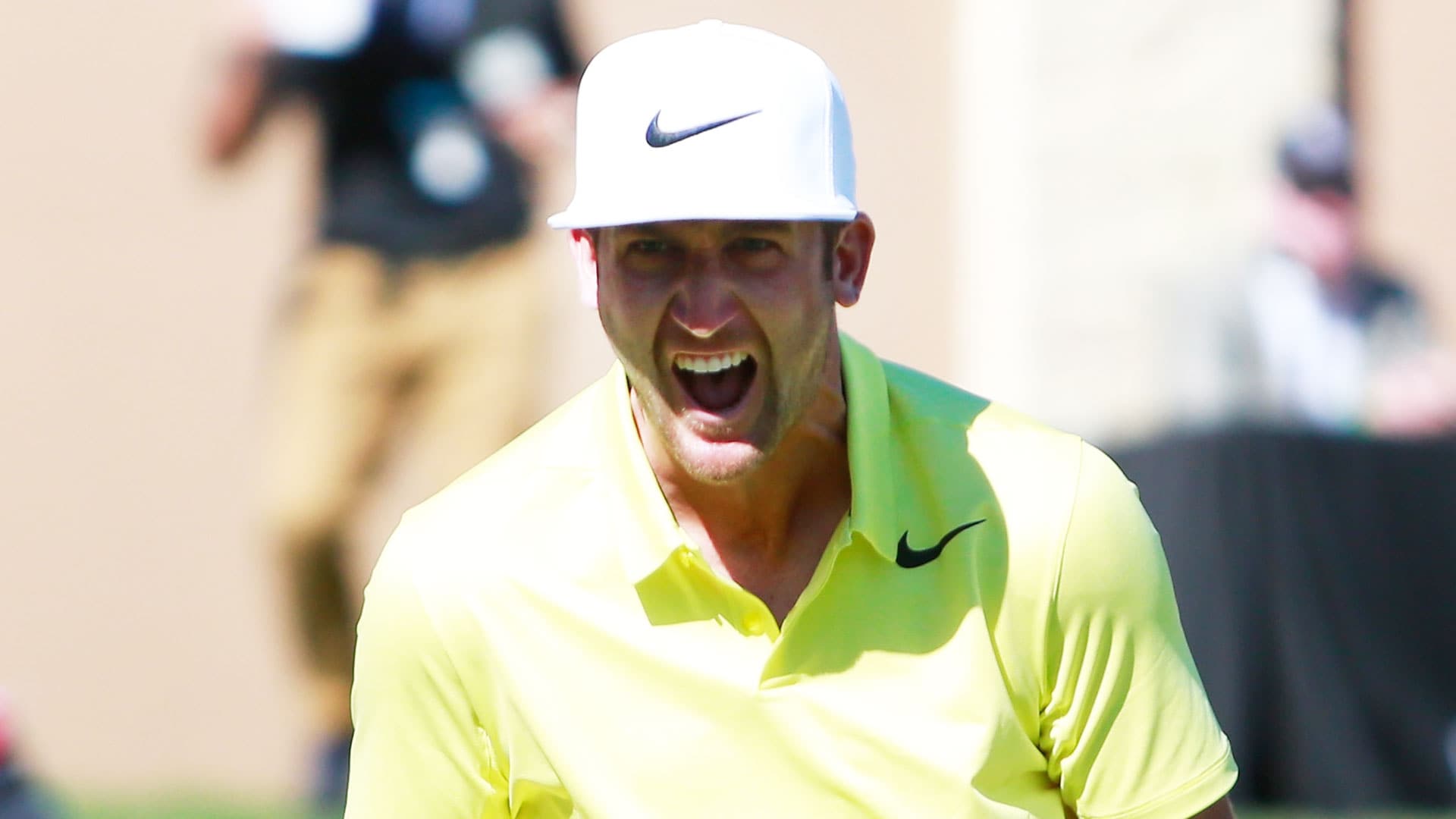 After 180 starts, Chappell finally got his first career PGA Tour victory Sunday at the Valero Texas Open, holing a birdie putt on the final green to edge Brooks Koepka. It was a win that Chappell termed a "big relief," and one that took him from No. 41 to a career-best 23rd.

Koepka's runner-up finish allowed him to leapfrog Phil Mickelson at No. 19, but that proved to be the only change among the top 20 players in an otherwise quiet week. Tony Finau went from No. 74 to No. 66 with his T-3 finish, an important move given the fact that the top 60 in the May 22 rankings will earn exemptions into the U.S. Open.

Bernd Wiesberger moved up 13 spots to No. 30 after his overtime victory at the European Tour's Shenzhen International, his highest ranking since December 2015. The man he beat in a playoff in China, Tommy Fleetwood, still managed to stay ahead of him in the OWGR and clocks in at No. 29, up four spots from last week.

Japan's Hideto Tanihara remained No. 50 in the world, while Korea's Jeunghun Wang stayed at No. 52. There are no OWGR points available this week at the PGA Tour's Zurich Classic, but the top 50 in next week's rankings will earn exemptions into the Players Championship.

After announcing his fourth back surgery since 2014, Tiger Woods fell 20 more spots to No. 808 in the latest rankings.