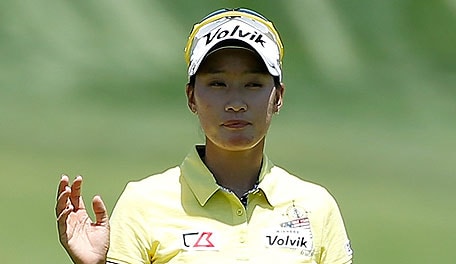 LANCASTER, Pa. – Chella Choi came a fraction of an inch from making a lot of history Saturday at the U.S. Women’s Open.

After blistering the front nine at Lancaster Country Club with a record-breaking 29, she lipped out a 3-foot putt for par at the l8th hole, a putt that would have closed out a record-tying 63.

Afterward, Choi said she didn’t know she was putting for a 63 to tie a U.S. Women’s Open record low 18-hole score. Helen Alfredsson is the only woman to shoot 63 in a U.S. Women’s Open. She did so in the first round when she won at Indianwood Golf & Country Club in Lake Orion, Mich., in 1994.

The 29 on the front side was the lowest nine-hole score in U.S. Women’s Open history. Afterward, Choi was more focused on what she did than what she didn’t.

“My best score in a major,” she said.

Choi, 24, is seeking her first LPGA title. She plays with an orange Volvik golf ball. She says it’s her lucky color, and she had friends and family in orange following her in the gallery.

At the 18th, knowing Choi could make history, a large contingent of spectators drifted over to watch. It’s a 414-yard par 4 straight uphill and has ranked as the most difficult hole on the course this week. She hit the fairway with her drive and hit her approach to 30 feet, setting up a birdie for a 62, but she three-putted from there.

Asked about the disappointment of not shooting 63, Choi smiled. 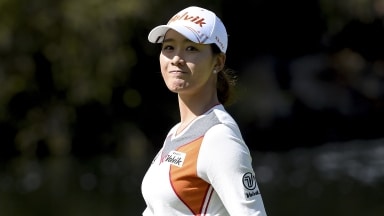 Chella Choi birdied the final three holes for a 7-under 65 and the first-round lead Thursday in the Kia Classic. 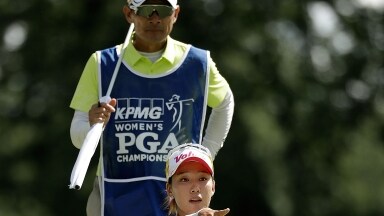 Chella Choi feels stronger with her father by her side. It’s why she won’t let Ji Yeon Choi retire as her caddie. And it’s why Chella’s mother won’t let him retire, either.