Chun: Pairing with Jang has led to healing 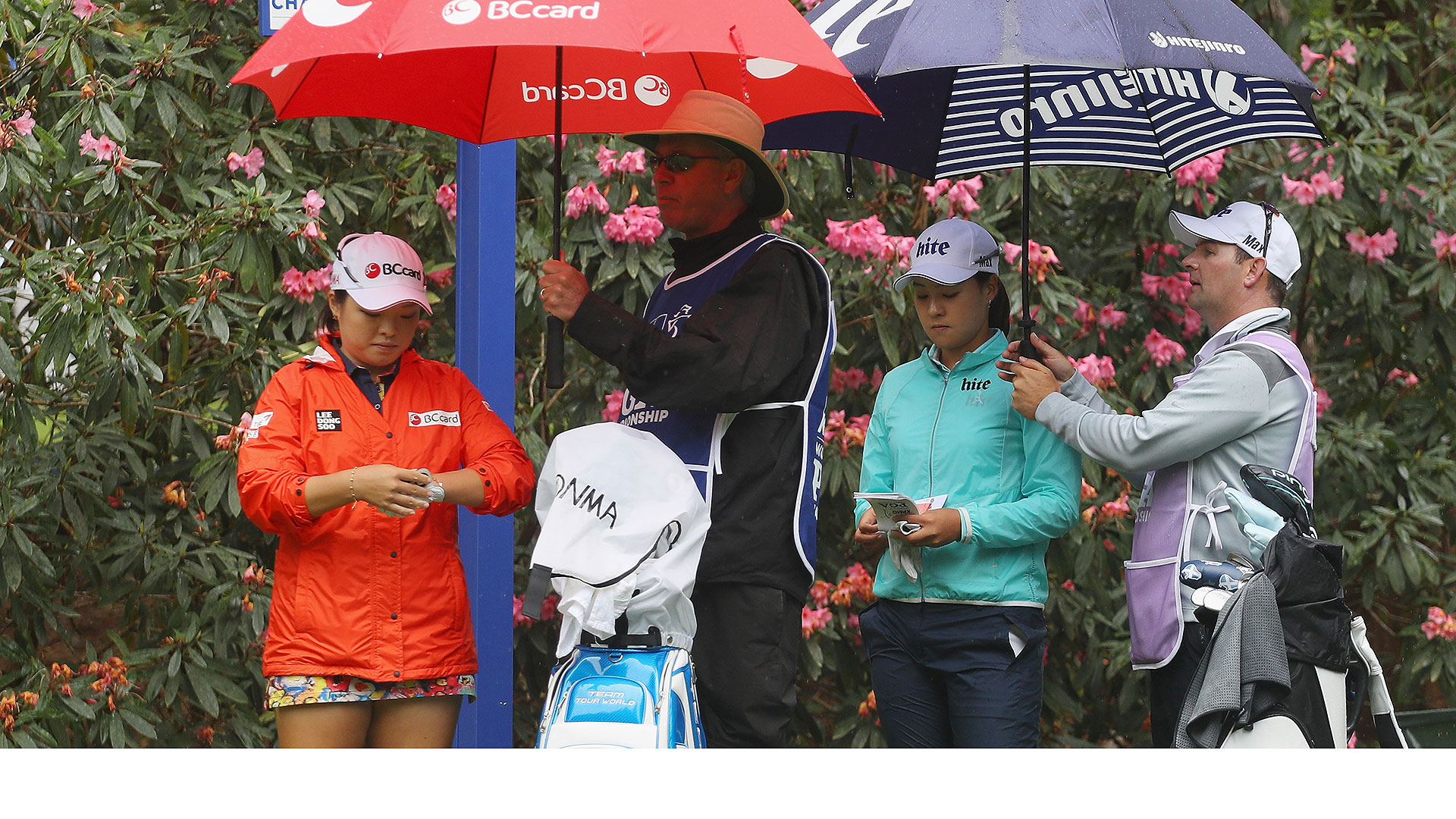 SAMMAMISH, Wash. – In Gee Chun said her pairing with Ha Na Jang on such a large stage at the KPMG Women’s PGA Championship made her more nervous this week than she let on, but she said their two rounds together have led to some healing.

Chun said the pairing made it tough for her to focus on her game, but she’s glad an inevitable meeting inside the ropes came off so well.

Chun and Jang are tied going into the weekend, both at 2 over par overall. They were among the top 20 through the morning wave.

They hugged on the 18th green after Friday’s round.

“To be honest, it was not easy to face her again at the tournament site,” Chun told GolfChannel.com. “But it was nice to see her back, at the same time. Things can happen. Things got screwed up, but like I said before, what’s done is done. We are cool now.”

Chun is the reigning U.S. Women’s Open champion. Jang won two LPGA events earlier this year. They’re South Korean stars, both within the Korean Olympic team qualifying mix. They became embroiled in controversy in March after Jang’s father dropped a 15-pound travel bag that went crashing down an airport escalator in Singapore and hit Chun in the tailbone, knocking Chun out of three tournaments while she recuperated.

The escalator incident set off a social media tempest in South Korea.

This week’s pairing marked the first time Chun and Jang were grouped together since the incident.

With a buzz over the pairing building in South Korea, Chun saw Jang practicing at Sahalee earlier this week and approached her.

“I said hello to Ha Na and her father and welcomed her back to the LPGA tour,” Chun said. “I gave my best wishes to her as well. Pretty soon we will get back to where we used to be. It’s just a matter of time.”

Chun said the attention the pairing has drawn was challenging.

“It was tough for me to focus on my game, but I’m glad we finished in a very friendly way,” Chun said. “I knew it drove a lot of attention to our group. I’m OK with it. I appreciate the LPGA and PGA offering this opportunity to Ha Na and me.”

Chun said she felt bad Melissa Reid was put in the awkward position of being the third player in their pairing, but she was grateful for the gracious way Reid interacted with both of them.

Reid said there wasn’t an issue.

“They were lovely to each other,” Reid said.

Jang is making her first start after six weeks off. She last played at the Swinging Skirts Classic, withdrawing with complaints of dizziness. She also said she had been suffering from anemia with headaches, insomnia and vomiting. She visited a hospital in Korea for treatment. While Jang said stress might have been a factor, she believed exhaustion was a larger factor. She said she rested and didn’t play for five weeks before returning to practice last week.

“I did my best to make Ha Na and Melissa feel comfortable,” Chun said.