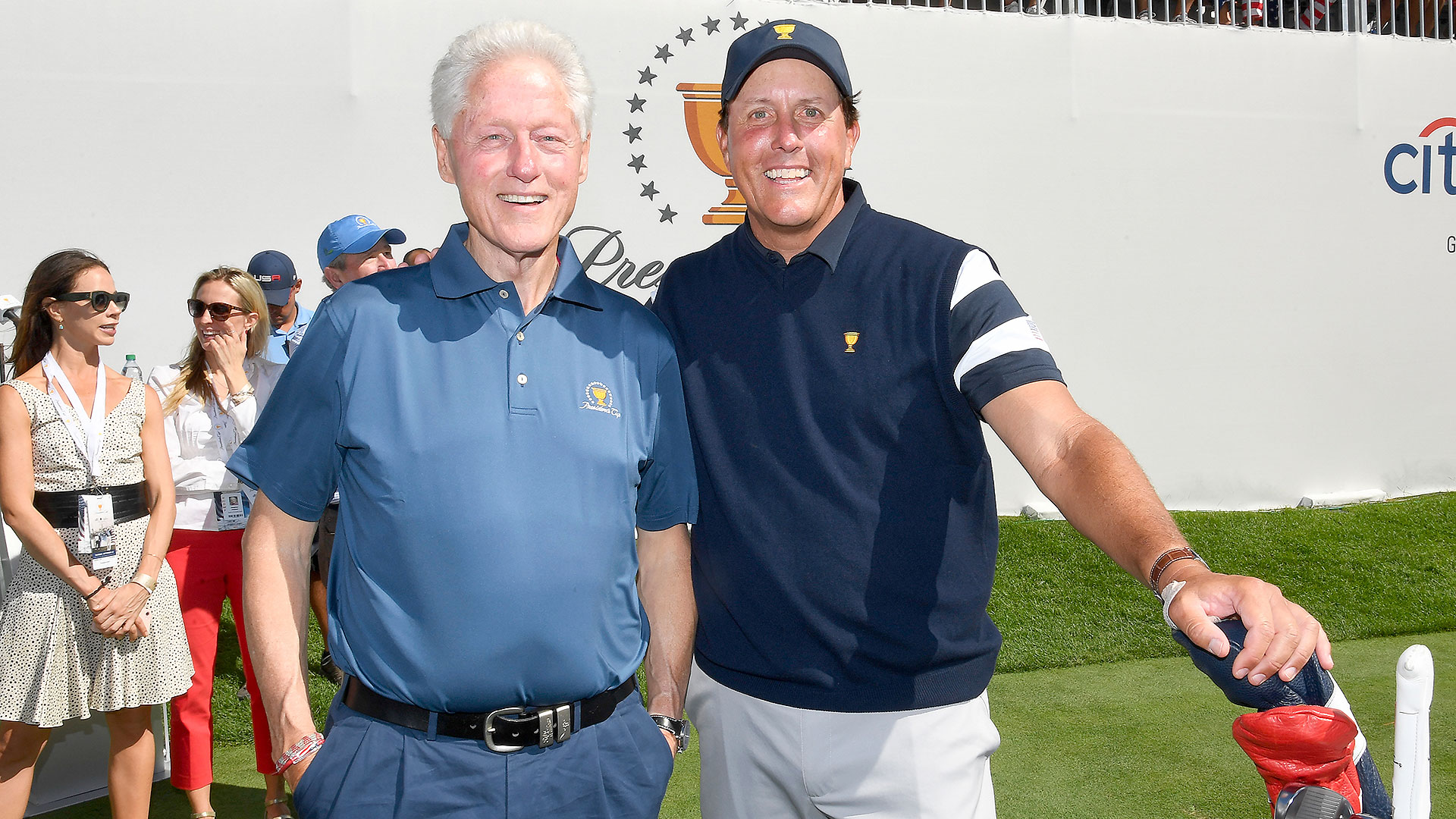 JERSEY CITY, N.J. – When the Presidents Cup began Thursday afternoon, only a sliver of the spotlight was saved for the actual golfers on the first tee thanks to the presence of a trio of former Commanders-in-Chief.

Former presidents Bill Clinton, George W. Bush and Barack Obama all showed up to Liberty National Golf Club for the opening ceremonies of the biennial matches, and they stayed to watch players tee off in the opening round of foursomes. Originally in reserved seats in a raised box adjacent to the tee and alongside the likes of Jack Nicklaus, Gary Player and PGA Tour commissioner Jay Monahan, the former presidents eventually made their way around the amphitheater that served as a raucous starting point for the tournament.

They posed for selfies with Phil Mickelson among others, shook hands with player wives and girlfriends and after the third match Clinton and Bush took up a spot directly behind the first tee, assessing the daunting opening shot and posing for pictures in between matches.

Clinton in particular seemed enthralled in a brief strategy session with Mickelson before he teamed with Kevin Kisner to take on Jason Day and Marc Leishman in the day’s final match.

“He was back there and he wasn’t teeing off, so I said, ‘If you were teeing off, would you hit 3-wood?’” Clinton said. “He said, ‘No, I’d go ahead and hit driver. We can all reach that tree, even into the wind. He said, ‘The problem is, then what happens?’”

Following their impromptu discussion, Mickelson’s partner found the fairway while Leishman pulled his shot into the water, leading to an early American advantage. Before he was whisked away by security, Clinton pointed down the right side of the fairway, far from the water and an area just off the tee that likely won’t be visited by any players this week.

“The rest of us, we just want to get it over here and not go in there,” he said. 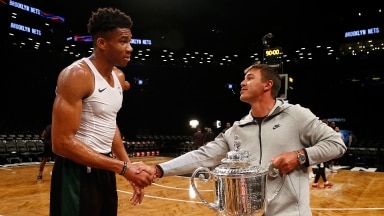 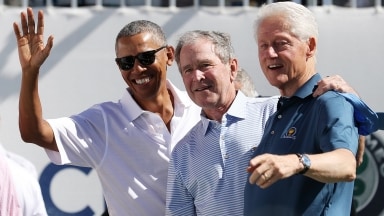 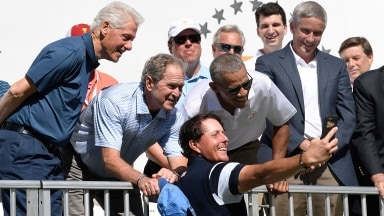 Three presidents took center stage on the first tee at the Presidents Cup. And, who else but Phil Mickelson, managed to snap an epic pic.