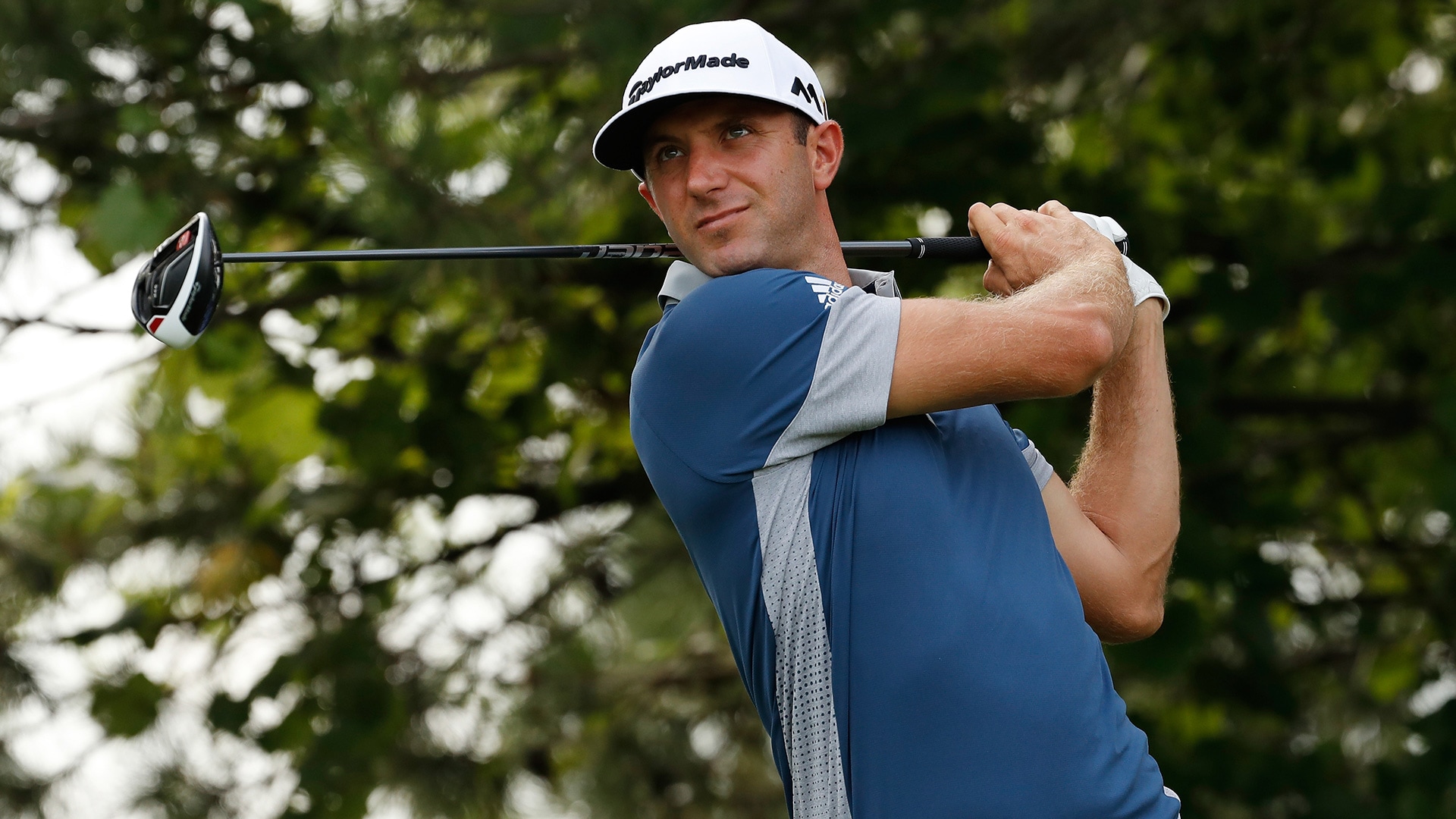 A 365-yard drive, followed by a stuffed approach to 10 feet? Yes, it seems like Dustin Johnson has adjusted quickly to life north of the border.

Johnson carved up the closing hole at Glen Abbey for an easy eagle, capping a 6-under 66 that gave him a share of the lead alongside Luke List at the RBC Canadian Open.

Johnson finished T-9 last week at the Open following back-to-back wins at the U.S. Open and WGC-Bridgestone Invitational. His opening round in Ontario included seven birdies and an eagle amid firm and dry conditions.

"My game feels good. I've got a lot of confidence in it," Johnson said. "I feel like I'm swinging really well. I felt like I rolled the ball really nicely with the putter today."

Johnson's lone blemishes came when he bogeyed No. 9 and at No. 14, where an errant tee shot led to a double bogey. Despite those slip-ups, he's once again atop a PGA Tour leaderboard after finding 10 of 14 fairways while averaging more than 320 yards per drive.

"I like this golf course. I think it sets up well for me, and I like it off the tee," he said. "The conditions are really tough right now. The greens are really firm, but they are rolling really nicely. So if you get some good looks at it, you can hole some putts."