Closing par save keeps McIlroy within 2 of lead 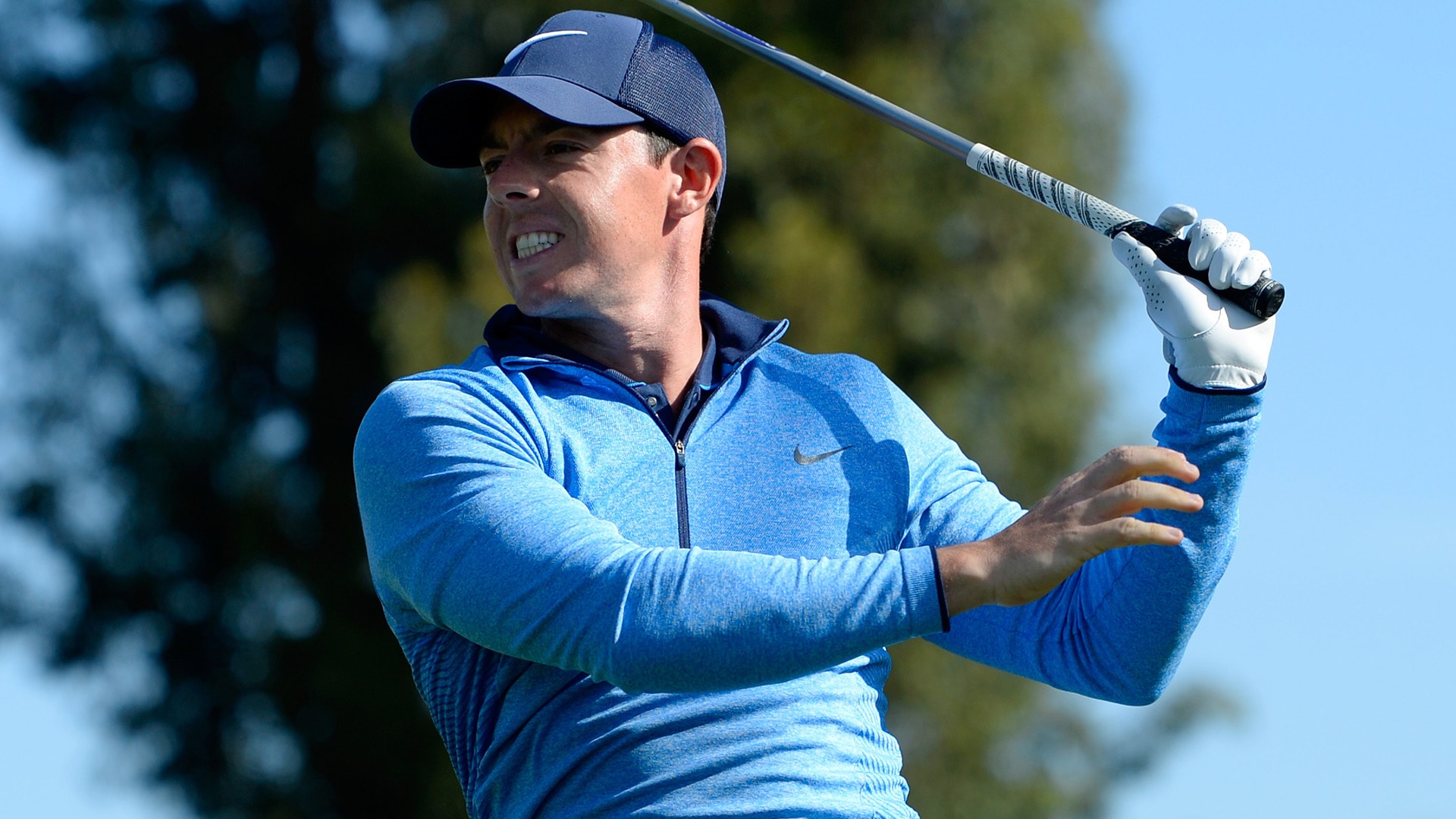 LOS ANGELES – From a spot right of the 18th green, tucked down behind a eucalyptus tree and a hospitality stand, Rory McIlroy conjured the type of magic that wins tournaments.

“One of my better 4-under [rounds],” smiled McIlroy after scrambling for par at the 18th hole with an 18-footer to secure a spot inside the top five heading into Sunday’s final round at the Northern Trust Open.

The Northern Irishman’s scrambling magic at the last was the highlight of a round that was otherwise forgettable. There were five birdies offset by a pedestrian start that included a par at the par-5 opening hole and a bogey at the third, but all things considered, his position just two shots out of the lead was all that really mattered.

McIlroy has been solid so far in 2016 with back-to-back top-10 finishes to start his year in the Middle East, but not sensational; and he acknowledged that he will need to find another gear if he’s going to win for the first time on the PGA Tour since last May’s Wells Fargo Championship.

Specifically, he said he’ll need to drive the ball better on Sunday - he hit just 5 of 14 fairways in Round 3 - and continue to convert crucial par saves like he did on the 18th hole to close his day.

“That's one of the loudest cheers I've had in a while after I holed that par putt,” McIlroy said of his 54th-hole heroics. “It would be nice to hear something like that again tomorrow.”