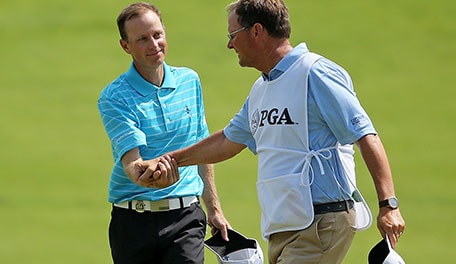 SHEBOYGAN, Wis. – This was a new experience for Brian Gaffney and he was set on soaking it all in.

Gaffney concluded his PGA Championship by making an 8 ½-foot par putt at the last for a 1-under 71. Along the way, there was applause and fist pumps. In the end, there were hugs and congratulations.

“I tried to get as much out of it as I could. They were cheering and no one ever cheers for me, so it just felt great,” Gaffney said. “And I thought, well, I'll get them riled up, because they got me riled up.”

Gaffney finished in 71st place, at 5-over-par 293. He was the only club pro, out of 20 in the field, who made the cut, and qualified for weekend play when the likes of Open champion Zach Johnson, WGC winner Shane Lowry, Tiger Woods, Adam Scott and a host of past major champions did not.

When that final putt fell, the 44-year-old PGA head professional at Quaker Ridge Golf Club in Scarsdale, N.Y., pumped his fists repeatedly and then met his wife with a hug off the green.

“As a player you just try and trust all your feelings and your emotions, and towards the end they just, you can't hold it in. It's exciting,” Gaffney said.

And now? It’s back to work Tuesday morning at Quaker Ridge.

“It's going to be great, I would imagine,” Gaffney said. “I think I sent this in an e-mail to somebody, that the reentry is going to be a little bit difficult. Because I want to tell every person every story. I know there's work that I have to do and there's going to be a lot of e-mails and getting back to things.

“But it's going to be awesome going back home and reconnecting with everybody.” 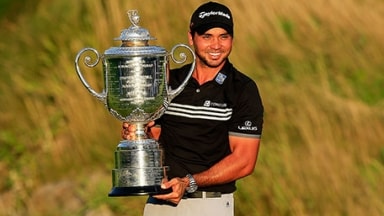 Day: No drinking from the Wanamaker Trophy 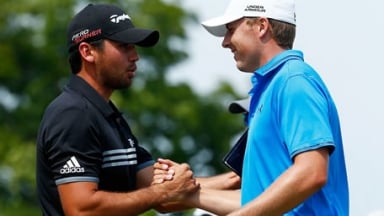 Won for All: Day, Spieth win with teams

Jason Day and Jordan Spieth are major champions who both believe they could not have achieved such success alone. 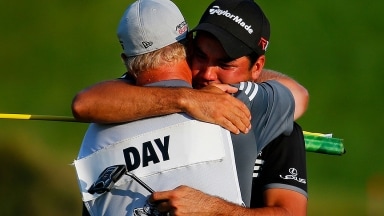 Jason Day jumped over plenty of hurdles on his way to winning his first major at the PGA Championship.