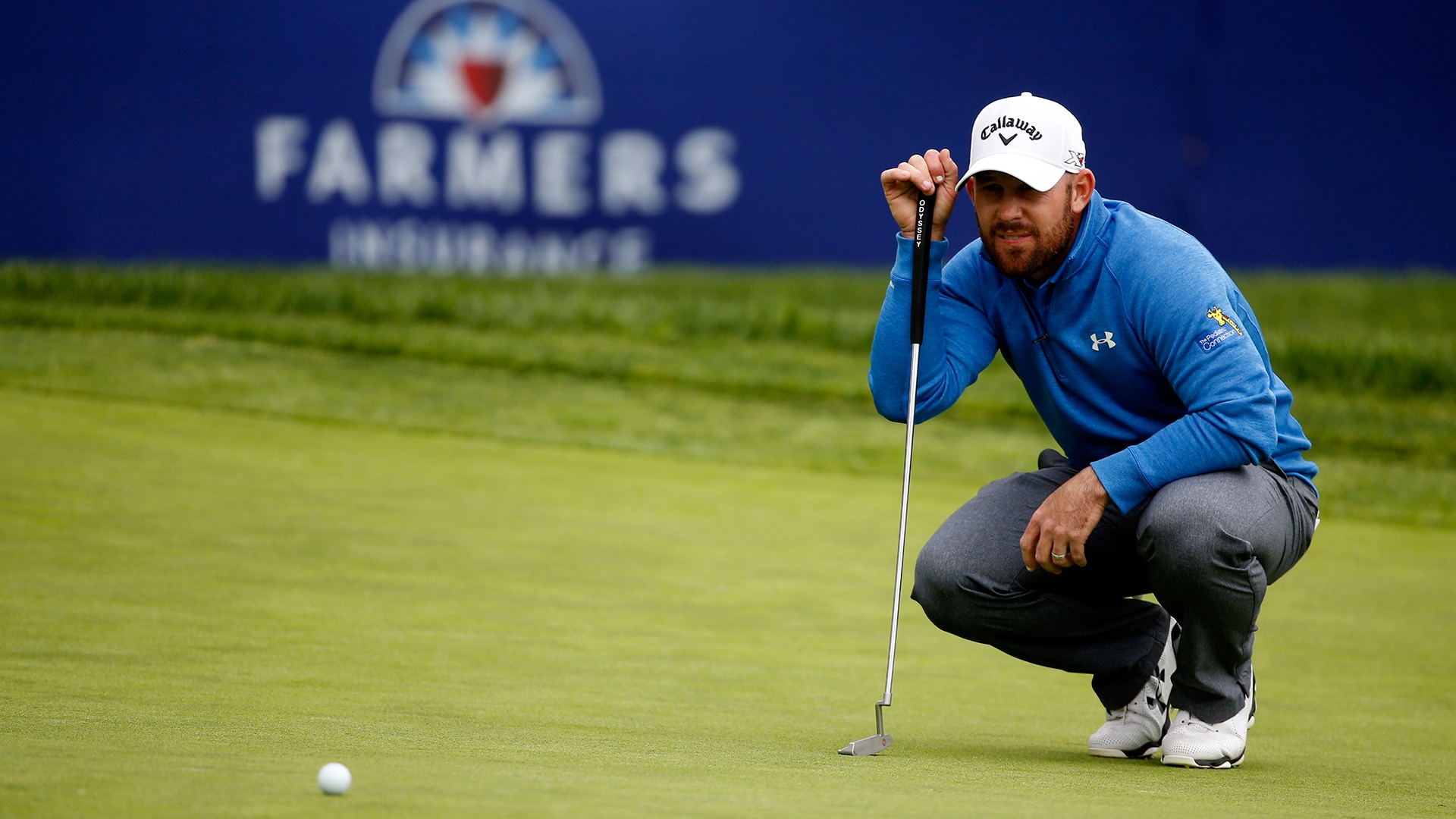 In July 2012, Brown and his wife, Allison, welcomed their first child, Elly. Brown was in line for a good week at the Greenbrier Classic when he received a call early Sunday morning that his wife had gone into labor three-and-a-half weeks early. He withdrew from the event and drove home to Aiken, S.C., but he missed the birth by a few hours. Returning to the Tour the next week, Brown posted consecutive top-10 finishes, his best performance in four months.

Fast-forward three years, and Brown and his wife had their second child, Emmerly, on Jan. 19. And here he is, a week later, tied for the lead heading into the final round of the Farmers Insurance Open.

“I should have babies all the time,” he joked Saturday.

Brown had no explanation for one of life’s happy coincidences, other than it “seems like it sure does happen to a lot of guys.”

“I just think you’re OK with how the cookie crumbles,” he said. “There’s no pressure.”

That’s not to say that this performance is a fluke, of course. Brown worked hard in the offseason with coach John Tillery – who also teaches PGA Tour winner Kevin Kisner – as they tried to get the top of his backswing more down the line to eliminate some of the crooked shots.

Brown said he practices with Kisner “pretty much every day when we’re at home” and is inspired by his friend and neighbor’s breakout year.

“We push each other,” Brown said. “We needle each other quite a bit. To see him have that success, it makes you feel like you can do the same.”