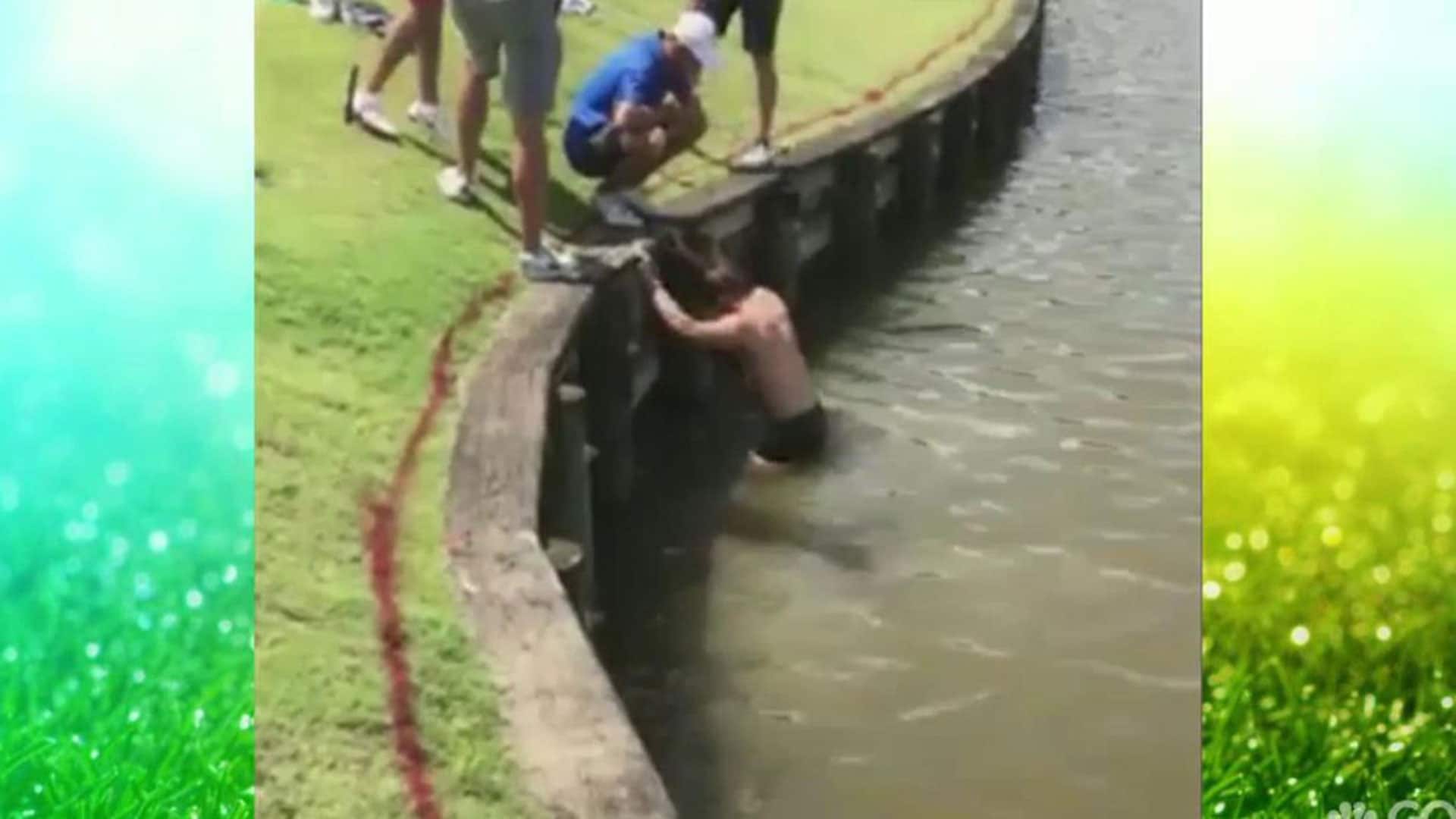 Even more remarkable than Jacksonville University earning its first NCAA Championship berth Wednesday was how it happened.

The Dolphins were six shots back entering the final day at the Baton Rouge regional, where only the top five teams after 54 holes advanced to nationals.

On the fourth hole at LSU’s University Club, his 13th of the day, senior David Wicks marked his 3-footer for par and waited for the other two players in his group to finish out. He crouched on a steep bank to read his putt, but as he stood up and reached for the ball in his right front pocket, he dropped it.

Of course, it didn’t just fall straight down. No, it kicked off the back of his shoe, rolled off the green, around a bulkhead, and after a brief chase he watched it tumble into the water on the left side of the green.

“I looked at my playing partners, they looked at me, and there was that awkward silence where we both knew it’d be a penalty,” Wicks said by phone Wednesday night.

Here was Wicks’ predicament: He needed to find his original ball or he would be assessed a two-shot penalty for not finishing the hole with the same ball. In contention both in the team and individual race, Wicks said, “I was always going to go in. If I hadn’t gone in and we’d lost by a shot, the nine-hour drive back I would have been thinking about it the whole time. At least I know now.”

And so the Englishman stripped down to his underwear and waded into the waist-high water.

@JUDolphins Here's video of Wicks looking for his ball. Just talked to him: "I was determined to redeem myself. That wasn't the way I was going out." pic.twitter.com/KoqjiOd2O6

“It was warm,” he said. “Nice temperature. If I had a nice inflatable and a Diet Coke, it would have been a lovely afternoon.”

Digging through the mud, searching for five minutes, he found about 30 balls – “Mostly Top Flites and Pinnacles” – but not his.

That turned his par into a double-bogey 6 – crucial strokes as the Dolphins were fighting with Northwestern for the final spot.

But Wicks, ranked No. 33 in the country, didn’t get flustered. He made five consecutive pars to finish his round, and the Dolphins posted 19-over 883, enough to force a sudden-death playoff with Northwestern.

“It was a bigger outcome and bigger goal than just playing well for myself,” he said.

Wicks was just as solid in extra holes, his pair of two-putt pars helping send 39th-ranked Jacksonville to its first NCAA finals. Oh, and Wicks tied for seventh individually, too, tops on the team.

“I was determined to redeem myself,” Wicks said. “I was worried that everyone would remember my college career as the guy who lost us a spot at nationals. That wasn’t the way I was going to go out.”