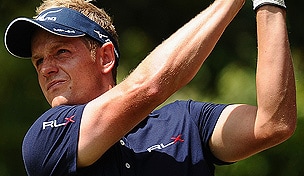 With a final-round 70, Donald tied for fourth to record his fourth consecutive finish inside the top 6 at the Valspar Championship. At 4-under 280, he was three shots behind winner John Senden.

“This is a tournament I always play well at,” said Donald, a winner here in 2012. “I feel comfortable here.”

He’s growing increasingly comfortable with his game, too, as Sunday represented the best indication yet of how his revamped swing would hold up to final-round pressure.

This was Donald’s second top 10 in his last three starts, following a T-8 at the Honda Classic. He will take two weeks off before returning at the Shell Houston Open.

“My game is moving back to where it was a year or two ago,” he said.