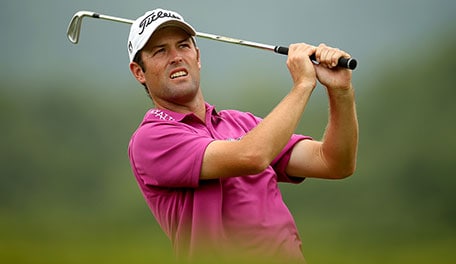 GREENSBORO, N.C. – A mix-up in how the U.S. Presidents Cup points list is calculated caused a series of uncomfortable phone calls this week.

PGA Tour officials informed a collection of potential U.S. Presidents Cup players on Tuesday that the list, which is based on points earned over a two-year period, had been incorrectly calculated and a new list, published Wednesday afternoon, showed a different lineup.

The top 10 players on the list remained unchanged but some players took a substantial drop, most notably Robert Streb, who fell from 11th on the list to 16th. Streb, who isn’t playing this week’s Wyndham Championship, won last fall’s McGladrey Classic and had two other top-10 finishes before January.

The Tour did not respond to a request for comment.

“I got a text [from a Tour official] and I thought I did something wrong. I was like, what did I say? Did I say the wrong thing to somebody?” said Billy Horschel, who moved up from 14th to 12th. “He told me I lost some points, which I knew I didn’t lose many because I didn’t play many events and I didn’t play well in the events I was, and he told me I moved up two spots.”

Horschel said the Tour official who informed him of the error said it was due to a computer glitch.

Ryan Moore, who won last fall's CIMB Classic, dropped from 17th to 21st. Charley Hoffman fell three spots from No. 12 to No. 15.

“The reality is I have to play really good golf in either position. It’s not that much of a difference. I need to win a golf tournament or do something really well,” said Moore, who added that he didn’t know where he was on the list.

The deadline to automatically qualify for the Presidents Cup team is Sept. 7. Jay Haas will then make two captain’s picks.

Although players understood it was a mistake, many said that it would be tough on Streb and Hoffman, whose Presidents Cup’s chances took an unexpected blow.

“It got their hopes up, which is unfortunate for them because I knew Streb and Hoffman had really good [fall] finishes,” Horschel said. “But at the same time if someone was going to make the team and didn’t because of that problem that’s a bad situation as well. It’s really a no-win situation.”