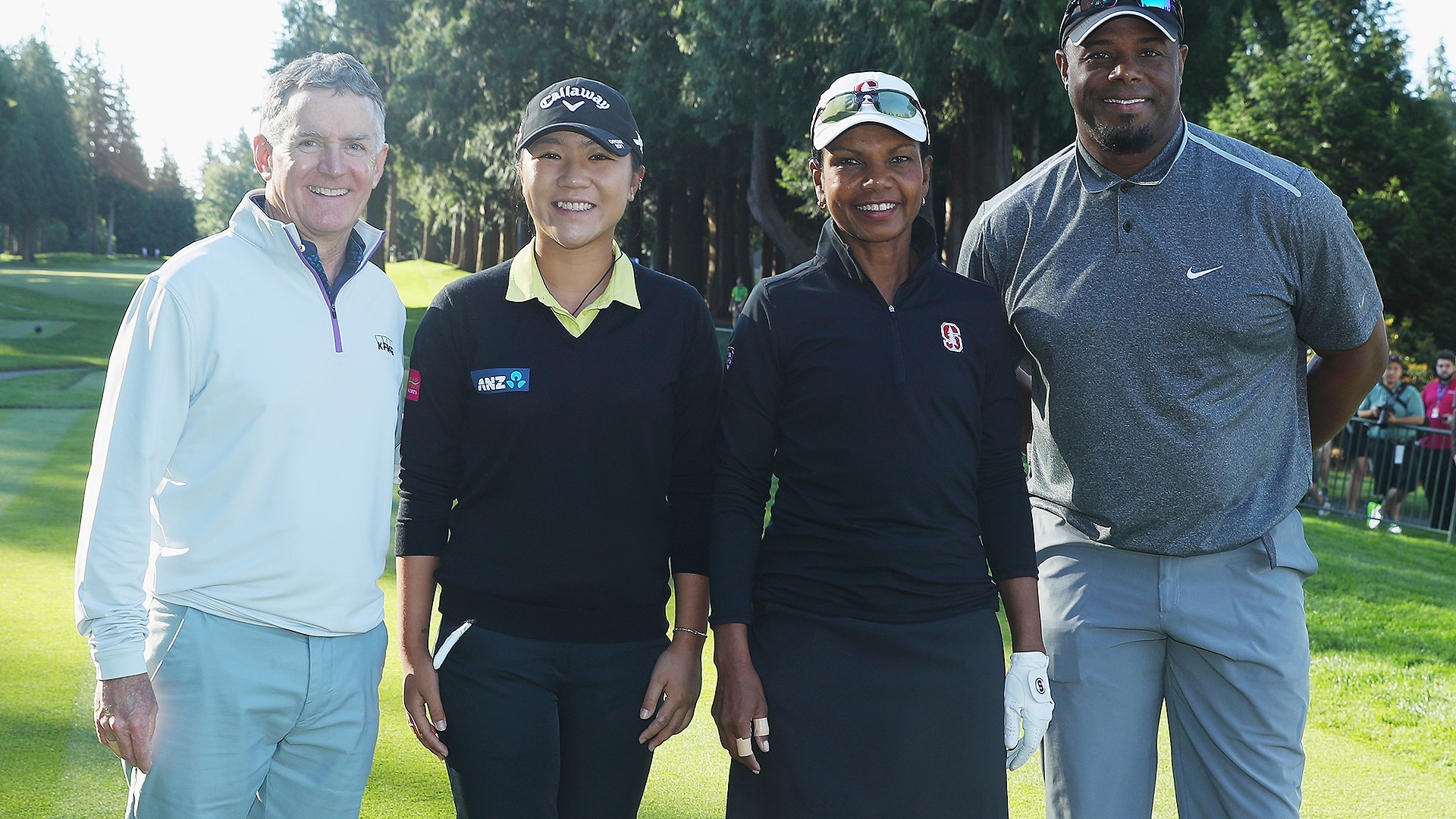 SAMMAMISH, Wash. – Former secretary of state Condoleezza Rice is relishing her role using golf to help empower the next generation of women leaders.

Rice was also a key figure in news Tuesday that she will be the ambassador for the KPMG Future Leaders Program, a new chartable initiative of the event that will make golf part of the grooming of future women leaders. As part of this initiative, 16 female high school senior scholars will be chosen to participate in a three-day retreat in July at Stanford University. The program is designed to train future leaders through mentorship with women business leaders participating in the KPMG Women’s Summit. Golf will be a component of the training.

“I wanted to do this because I'm often asked, `How are we going to make certain that we have women leaders in government, in politics, in business, in academia?’” Rice said. “And I always say, `You have to start early, because the habits of leadership, the inspiration to see yourself as a leader starts really quite early.”

The 16 female scholars will receive $10,000 scholarships for each year of their schooling, and they’ll also be introduced to golf as a business tool.

“We're also going to have a chance to take advantage of some of Stanford's great golf experiences, and great golf opportunities,” Rice said. “I wish someone had put a golf club in my hands, not skates on my feet. It is a really great game for business. It's a great game for making connections. I can't tell you how many times I've heard women say, `Oh, we have a corporate outing and they have golf, and I'm not able to play.’ Well, if more women can play, they can participate in those corporate outings, as well.”