Donald back in the major game for U.S. Open 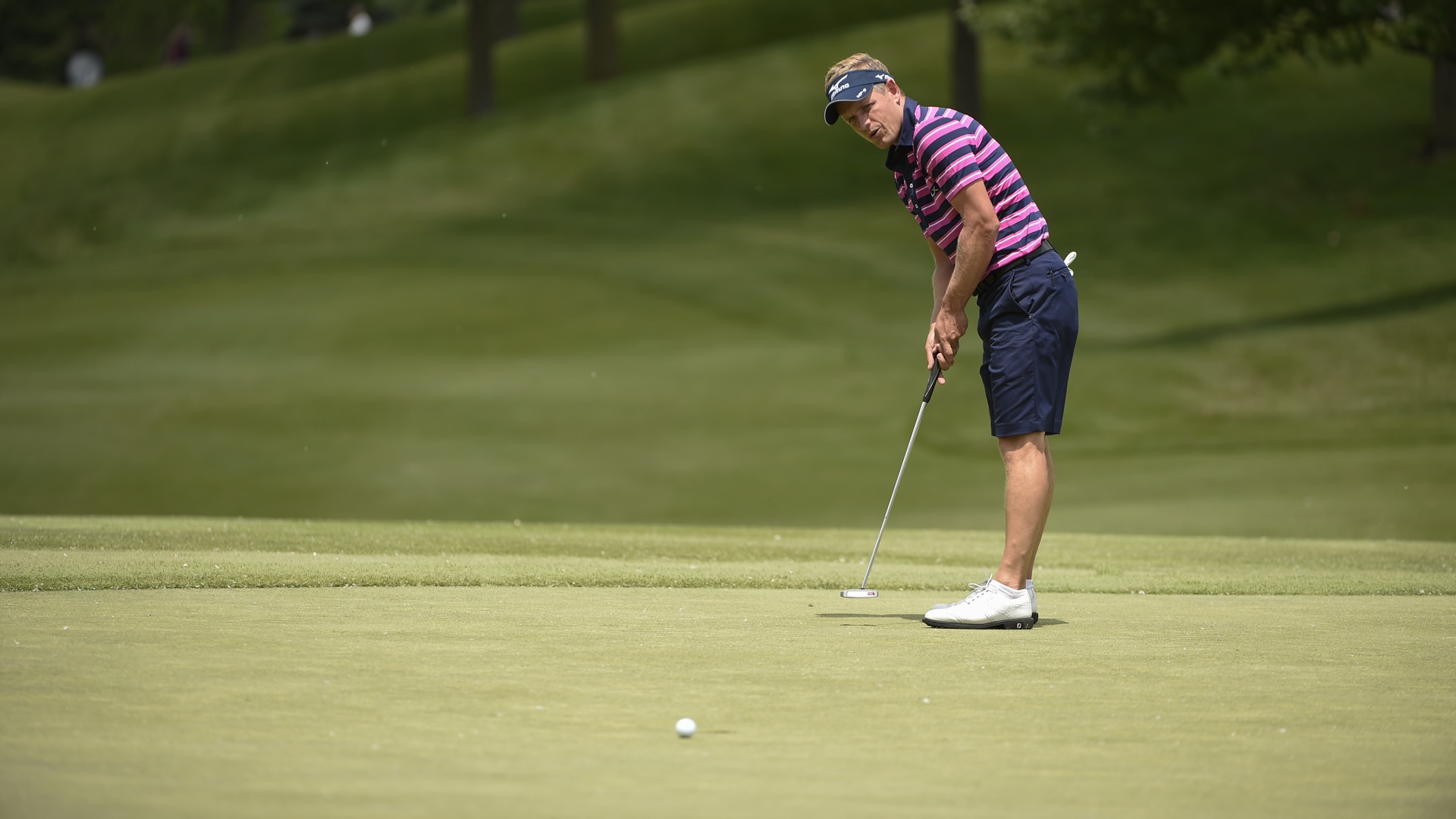 POWELL, Ohio – Luke Donald once proved he has the game to be No. 1 in the world, and on Tuesday he took another step in his road back up the world rankings by qualifying for the U.S. Open in a six-for-five playoff at Wedgewood Golf and Country Club.

Currently No. 80 in the world, Donald has struggled to regain his consistent form since exchanging the No. 1 ranking with Rory McIlroy for much of the 2012 season.

“Glad it’s all over,” Donald said of qualifying. “Looking forward to getting to Oakmont.”

The 38-year-old, five-time PGA Tour winner will be making his 13th start at the U.S. Open and second at Oakmont. Donald missed the cut in 2007. Three years ago at Merion, Donald tied for eighth for his best finish at the U.S. Open.

But since then the wins and consistency have been sparse. Rather than fume about having to qualify for the U.S. Open for a second straight year, Donald took care of business two days after finishing 68th at the Memorial.

“It is frustrating, but I think I’ve got to use the old adage of being as patient as possible,” he said. “I know I am working on the right things, I’m working hard on my game. Good things are going to happen – good things have already happened. Not quite enough to get me back in the top 50, but I’ve been knocking on the door. You just got to trust that what you’re doing is going to pay off.”

With his tee time at Oakmont secure, Donald said he will skip the FedEx St. Jude Classic and rest after playing the BMW PGA Championship in England, the Memorial and the 36-hole qualifier all in a row.

“Playing a U.S. Open as your fourth [tournament] in a row, plus trips across the pond, isn’t probably great preparation,” he said.

The past two days were another sign Donald’s game is getting back to where he knows it should be. The first was in April. Donald nearly won the RBC Heritage a week after missing his first Masters since 2004.

“Last year I was a different golfer, different mentally more than anything,” Donald said. “I wasn’t that sure about my game, lost a bit of confidence in it. Now, I step up onto the first tee and feel pretty good about my chances and where my game is. I’ve come a long way since last year.”

And now he has earned his way back into a major.

“If you’re not playing you don’t have a chance to win,” he said. “Sitting on the couch isn’t going to do me any good. I want to play for as long as I can.”

Mission accomplished! This piece of paper means a lot to me! Can't wait to get to Oakmont next week for the US Open. It was a long day yesterday, spent 15 hours at the course waiting to see if my score was good enough to qualify, then had to come back this morning for a playoff to book my spot. I've had to qualify the last 2 years for the US Open, haven't liked it, but somehow making it this way feels pretty damn rewarding. I do want to apologize to the gentleman I hit on the hand on the 6th hole yesterday afternoon. You had left for the clubhouse before I could see how you were and say sorry. If my ball hadn't of hit you on the hand, it would probably have been in a much worse position. I ended up getting up and down for birdie, and that one shot helped me get to the US Open! Sorry and thanks! #USOpenBound