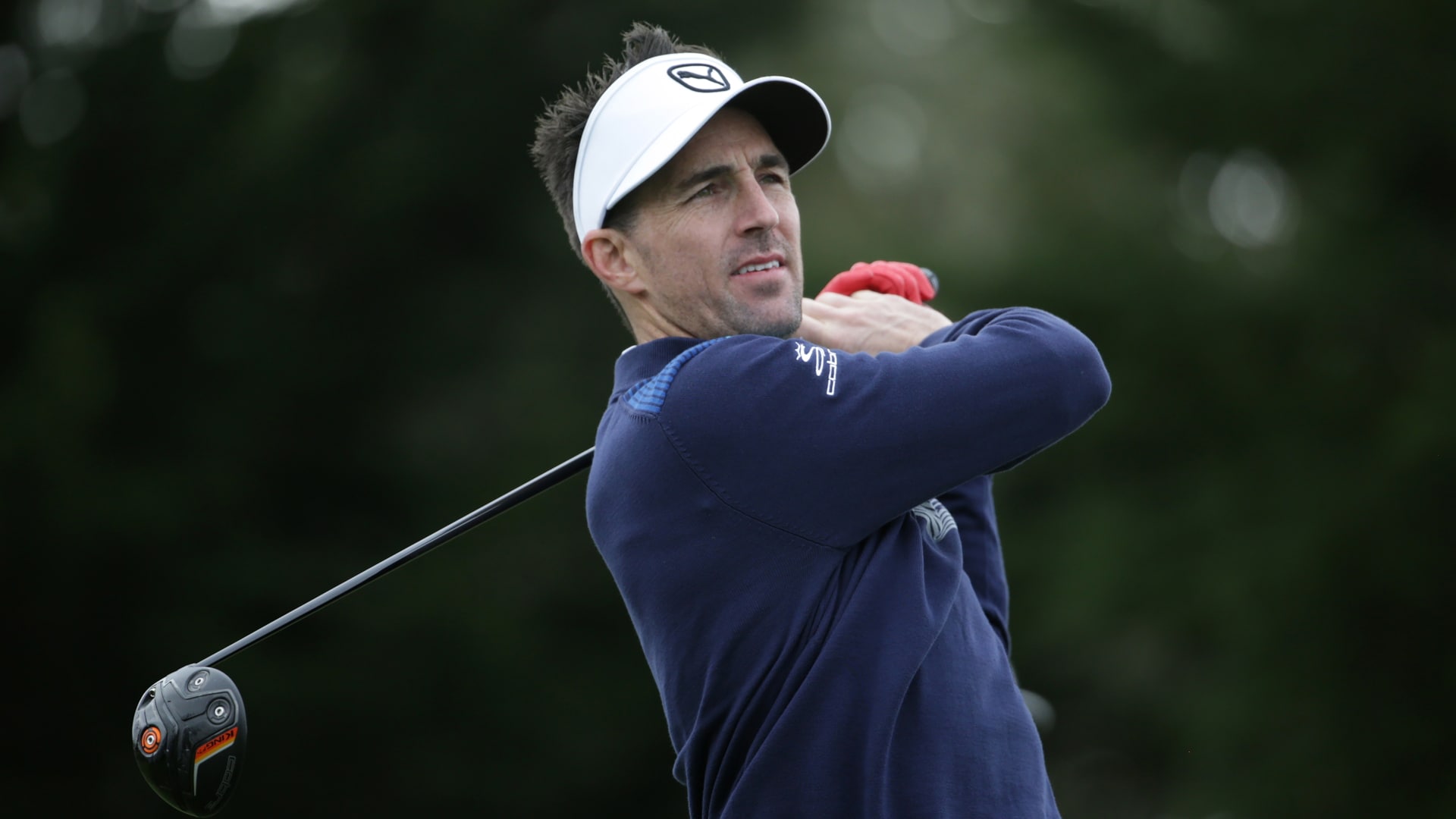 Country music star and avid amateur golfer Jake Owen has accepted a sponsor invitation to play in the 2018 Nashville Golf Open on the Web.com Tour.

Owen, 36, has sold millions of albums while becoming one of the top male singers in the country genre. He has also been frequently spotted on the links, teeing it up last week alongside host Davis Love III in the RSM Classic pro-am and participating each of the last three years as the celebrity partner for Jordan Spieth at the AT&T Pebble Beach Pro-Am.

Owen will now try his hand in competition against some of the game's rising stars at the May 24-27 event, held in his hometown and benefitting the charitable foundation of PGA Tour pro Brandt Snedeker.

"I am truly honored to have this opportunity to play golf with guys whose work ethic I admire so much, like my buddy Brandt Snedeker," Owen said in a release. "I know how hard everyone works to get to play in these (Web.com Tour) tournaments. I'm really grateful, and I can't wait for this week in May 2018 to get here."

Owen will be following in the footsteps of NBA superstar Steph Curry, who played on a sponsor invite earlier this year at the Web.com's Ellie Mae Classic and, while missing the cut, largely exceeded expectations. Curry is currently listed as a 0.8 handicap, while Owen played at Pebble Beach in February as a 3 handicap.

Like Curry, Owen will play via an "unrestricted" sponsor invite and will retain his amateur status.