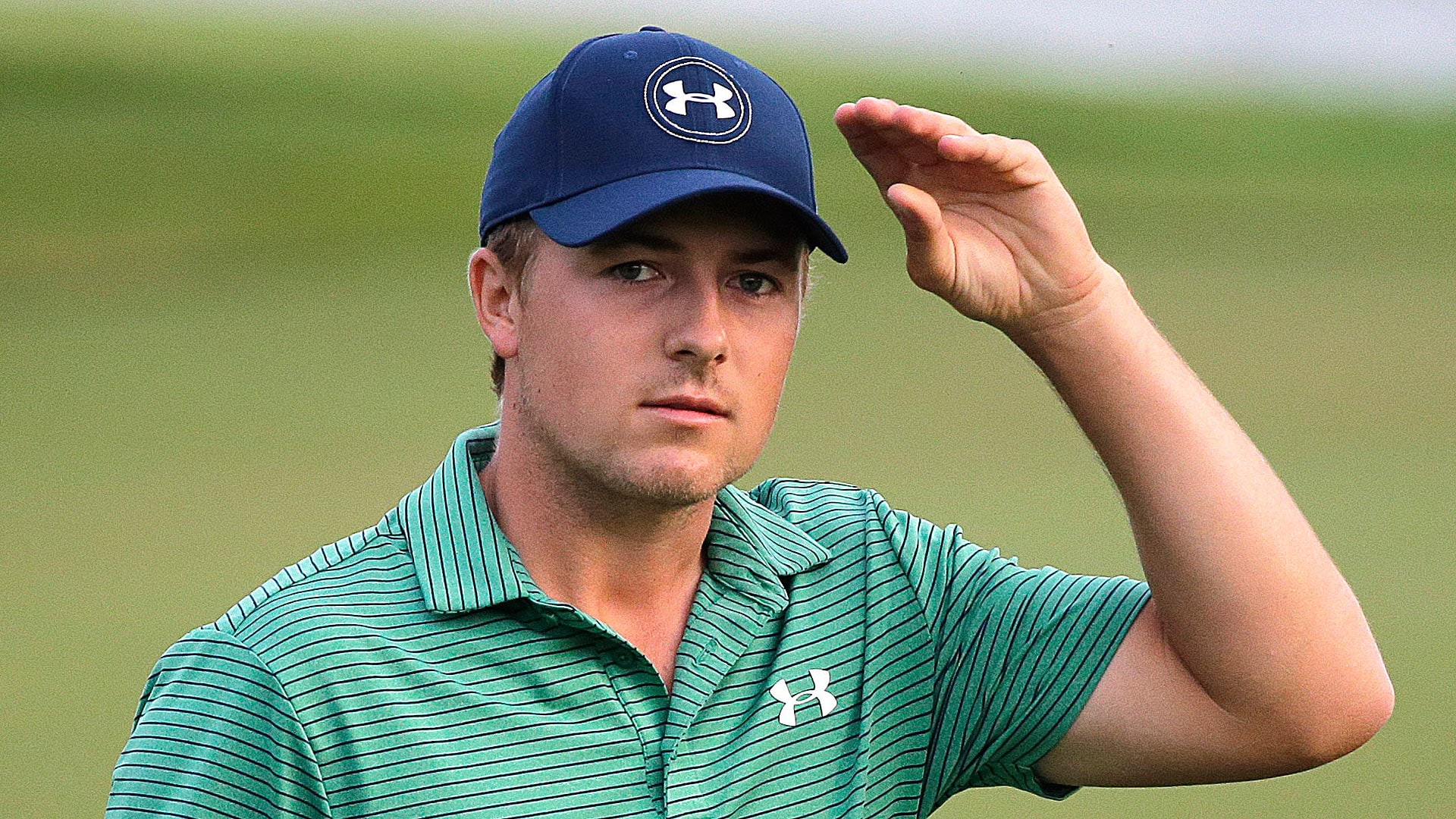 PEBBLE BEACH, Calif. – Jordan Spieth was all smiles while reliving the story of how he’s about to receive a fairway plaque in – of all places – Vero Beach, Fla.

Spieth is playing this week’s AT&T Pebble Beach Pro-Am alongside country music star Jake Owen, and the two frequently play friendly rounds together. It was that friendship that brought Spieth to Owen’s charity event at Vero Beach Country Club in December.

Spieth garnered a few headlines that week by hitting a “Happy Gilmore” shot off the opening tee, but Owen offered a tale that trumped it Wednesday after Spieth prompted him to “tell them about the plaque.”

“So Jordan and I have this consistent thing. No matter where we are on the golf course where we’re playing, the shot always has odds,” Owen said. “Like, ‘Give me odds.’ And of course, as you all have seen many times, these are shots that for some reason or another he makes or does.”

Owen explained that during the charity event, the two were on the front nine when Spieth asked for some action on a 98-yard wedge shot.

“There were about 1,000 people behind the green watching, because you know the world’s No. 1 is in the small town of Vero. And he looks at me in front of my dad or whatever and says, ‘All right, what are the odds? I’m going to make this.’

“I’m like, ‘You’re like 98 yards out in the middle of the fairway,’” Owen continued. “He just steps up, hits the shot and in the air he’s like, ‘Pay up.’ And I’m sitting there watching it, this is no lie, I’m watching it and it hits 3 feet behind the pin, with all those people watching, spins back and goes in the hole. And he looks at me and I’m like, ‘This doesn’t happen to normal people.’”

As a result, a plaque will be placed in the fairway to commemorate Spieth calling his shot. While both parties described the odds on the shot as “undisclosed,” Spieth noted that the stakes were higher than 2-to-1 as suggested by one reporter.

“It takes a lot more than 2-to-1 to make one,” Spieth said with a smile. “Funny enough, if you call enough of them, once in a while they’re going to go in.”