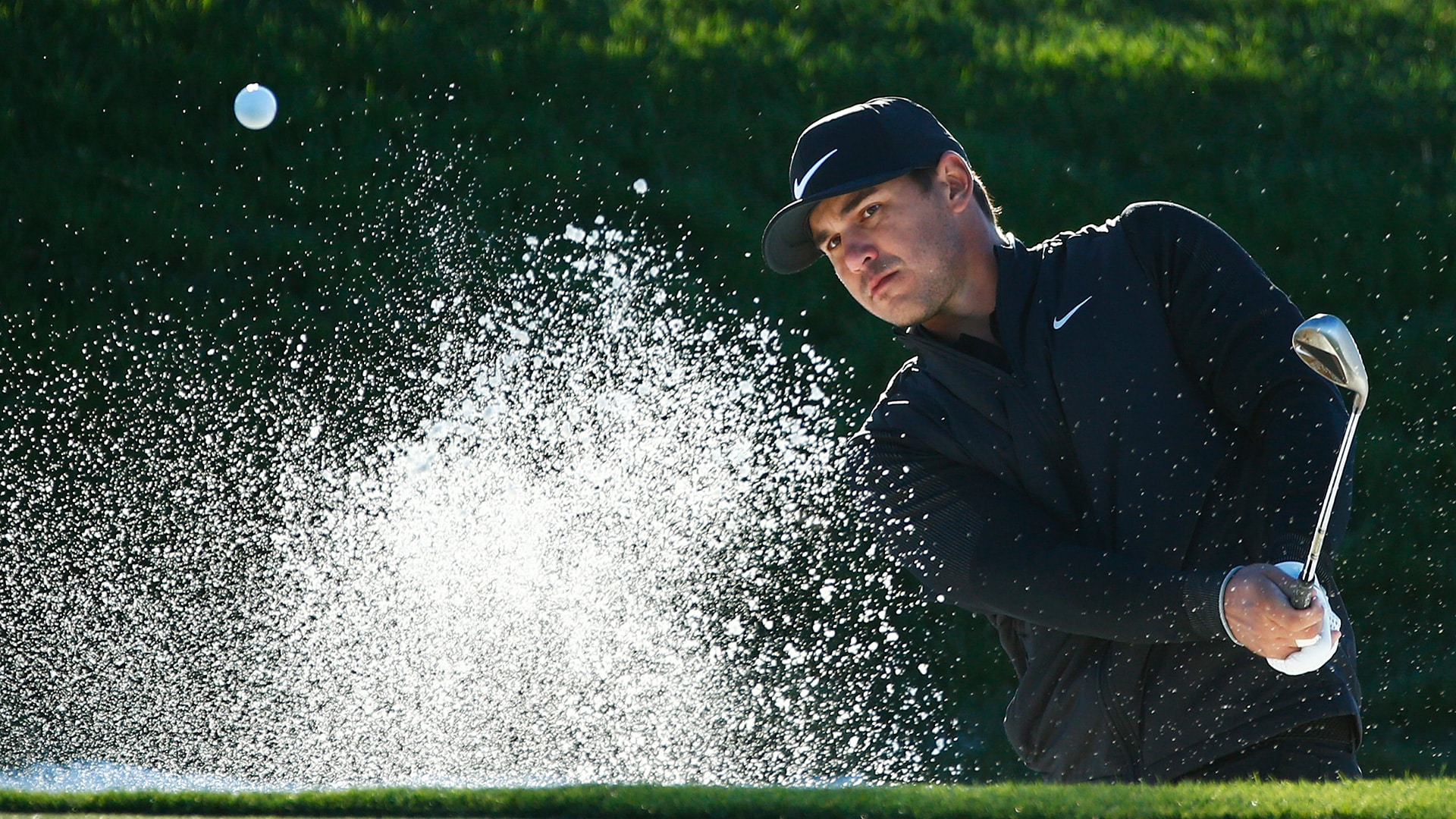 SCOTTSDALE, Ariz. – Defending champion Brooks Koepka was in the lead again early in his second round, but then on his back nine the wind started swirling, Koepka made a few bad swings, and he came in with four bogeys for a deflating 1-over 72.

"I feel like I'm playing really well," he said. "I mean, I made probably four or five bad swings ... on my back nine and it cost me."

Koepka started on 10 and made three straight birdies on Nos. 13-15 to reach 7 under par. He nearly drove the green on the par-4 17th but was unable to get up and down for birdie.

Then on the front side, Koepka made poor swings on 1, 5, 7 and 8 that lead to bogeys. He was also fighting his swing a bit in Round 1 but still managed a 4-under 67.

"I started hitting the ball terrible," said Koepka after Round 1. "I don't know what was going on ... I was kind of pull-drawing everything."