Couples (once again) turns back clock in Masters Rd. 2 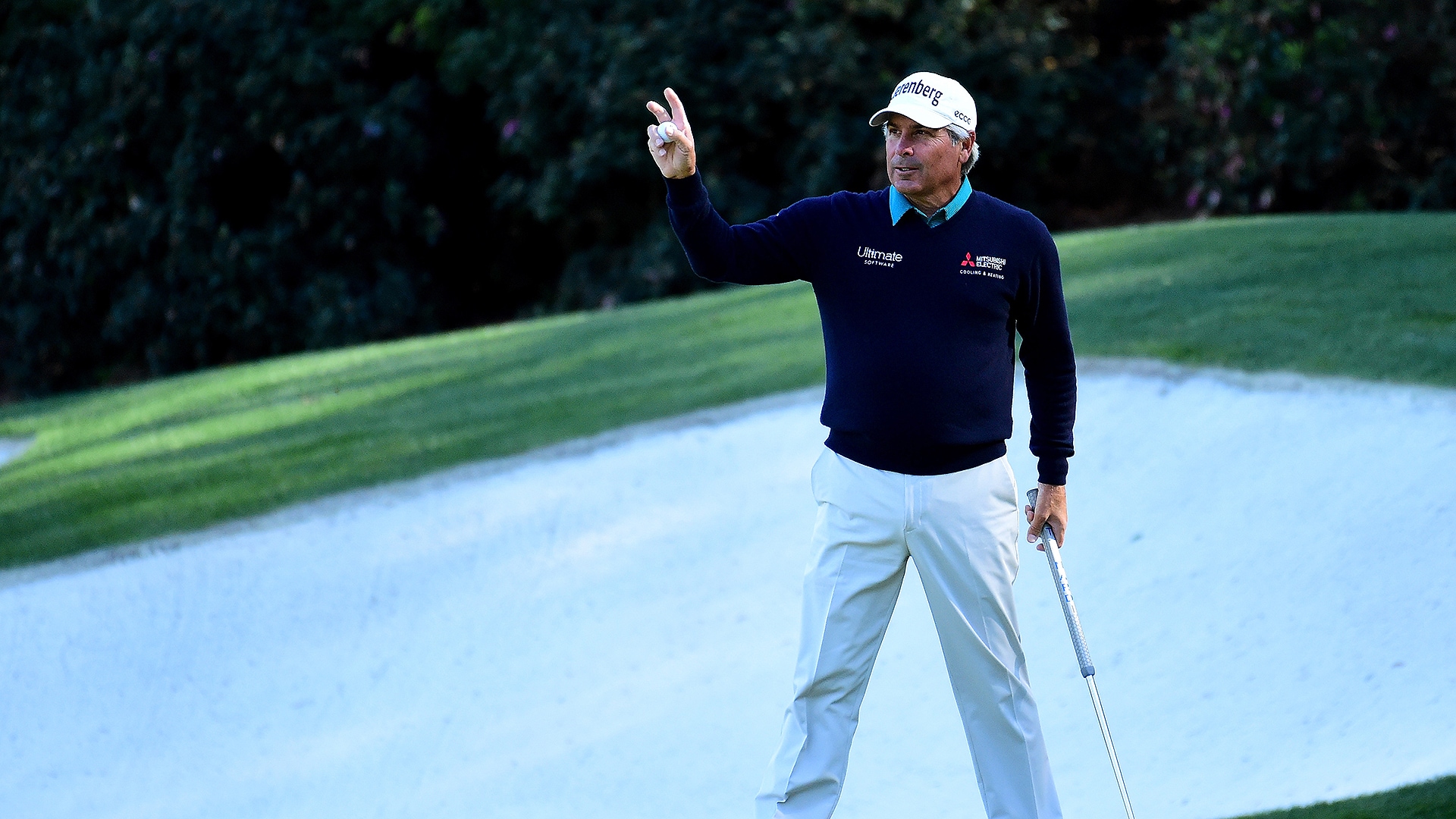 AUGUSTA, Ga. – Fred Couples turned back the clock Friday at the Masters, making six birdies and shooting a 2-under 70 to move into a tie for sixth, just three shots off the halfway lead.

It’s the sixth time since 2010 that he’s been inside the top 10 after 36 holes of the Masters, the most of any player during that span. He shared the lead at the midway point in 2012.

Now, at 1-under 143, Couples is just three shots back of four players.

“Someone is going to win on Sunday,” he said, “and if I play well enough, maybe I’ll have a shot at it.”

Couples won earlier this year on the PGA Tour Champions. On Saturday, he will play with Masters rookie Jon Rahm. Couples won his lone green jacket in 1992 – two years before Rahm, 22, was born.