Crane first Open alternate, scrambles to make it to Hoylake 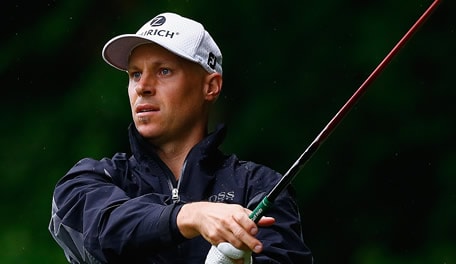 HOYLAKE, England – It happened so fast Ben Crane is still probably trying to figure out the exact sequence.

Mark Calcavecchia found himself in what can only be dubbed a travel vortex – according to a tweet sent by the 1989 Open champion on Tuesday, “Totally depressed I can’t be at my (favorite) tourney in the world! American Airlines killed us for no reason. Weather was fine. #dontgetit” – and Seung-Yul Noh (the alternate ahead of Crane) chose not to travel from Korea to England, which moved Crane to No. 1 on the alternate list.

According to Crane’s manager with 4U Management, he flew to New York on Tuesday and was scheduled to catch a flight to London that lands Wednesday evening. Things are a little unclear after that.

“The biggest issue is getting from (London) to Liverpool,” his manager Tommy Limbaugh said. “There are no connections to Manchester.”

Crane may have to take a car service from London to Liverpool, a ride that takes more than four hours which would land him in Hoylake sometime early Thursday.

Crane found himself in similar circumstances in 2012 when he moved to first alternate at Royal Lytham & St. Annes, but was unable to travel from his home in Portland, Ore., in time to play the championship.