Creamer, Pressel not on list for Inkster's Solheim gathering 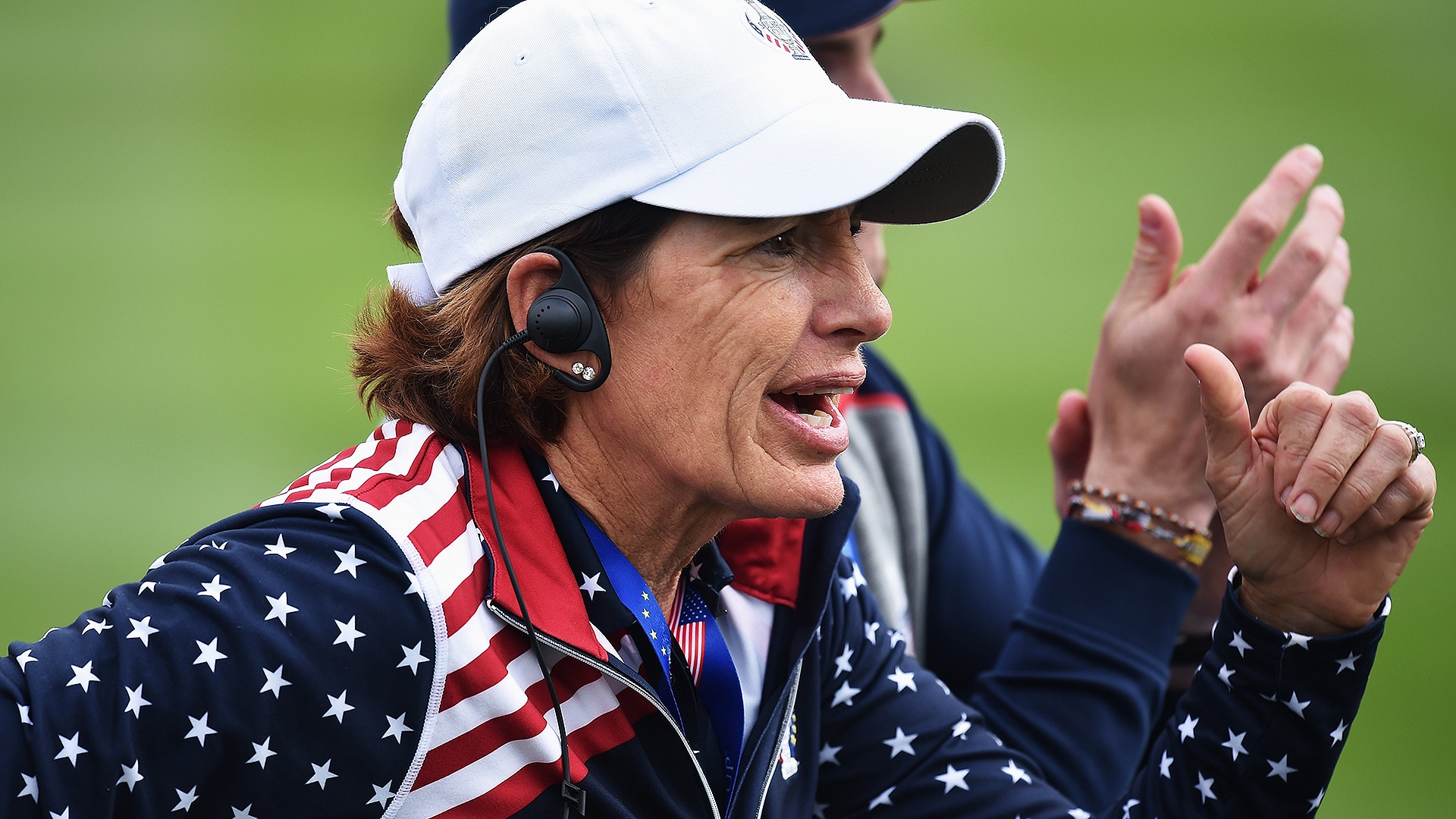 Captain Juli Inkster will get an early glimpse of what could be a different looking U.S. Solheim Cup team when she leads prospective members in their first official team gathering this weekend in Houston.

Veterans Paula Creamer and Morgan Pressel aren’t among the invitees.

Inkster invited 16 players to the first team gathering at Bluejack National Saturday and Sunday, a group that includes the top 14 in U.S. Solheim Cup points, based on the standings at the conclusion of the ANA Inspiration.

The LPGA’s Volunteers of America Texas Shootout is in Irving, Texas, next week.

“We could have a little bit different team this year,” Inkster told GolfChannel.com. “We could have some rookies, and I want to try to get them ready to go. I wanted to bring us together and go over what we’re working on.”

The Solheim Cup is just four months away, with the Americans scheduled to meet Europe Aug. 18-20 at Des Moines Golf and Country Club in Iowa. There are still 14 qualifying events, three of them major championships with double points, before the American team is finalized at the conclusion of the Ricoh Women’s British Open two weeks before the Solheim Cup.

“We still have a ton of tournaments,” Inkster said. “There is going to be a lot of shifting in points. You can’t really predict who is going to be on the team. I just wanted a wide variety of people there. So, that’s kind of the way it worked out.”

If the team were finalized today, there would be intense competition for Inkster’s two captain’s picks. Creamer, Pressel, Angela Stanford, Michelle Wie, Lizette Salas and Christina Kim are among Solheim Cup veterans who would require a pick.

Creamer is currently 21st in the U.S. Solheim Cup standings, Pressel is 22nd. The top eight in the standings after the Ricoh Women’s British Open will make the team, as will the top two Americans in the Rolex Women’s World Rankings who aren’t already qualified on points.

“It’s no secret, Paula and Morgan are on the outside right now,” Inkster said. “They’ve been mainstays on the Solheim Cup team, very good mainstays. The problem is it’s so hard just to play golf and not worry about points, but I know they are trying.

Inkster said Creamer and Pressel have plenty of time to earn their way.

“They don’t really need to make the team [on points],” Inkster said. “I just need to see them playing some good golf. It depends on how many rookies I have. Or, if we have a veteran team, can I bring some rookies on? So, it’s really how the team shakes out. Believe me, I know where Morgan and Paula are, and they know where they are.”

Inkster said the weekend at Bluejack will be focused on team bonding.

“It’s not really about golf, it’s more about being together,” Inkster said. “We are going to do some fishing and a couple other activities. We are going to play some golf, very minimal golf. It’s not like it is a golf-specific outing. We are going to have a couple dinners and just kind of hang out and be together.”

If the team were finalized today, Austin Ernst and Mo Martin would make the American team for the first time.

NOTE:Points are awarded to top 20 finishers in LPGA events, with first place earning 60 points, second place getting 30, third place taking 28.5 and on down to three points for 20th place. Points are doubled in the major championships.