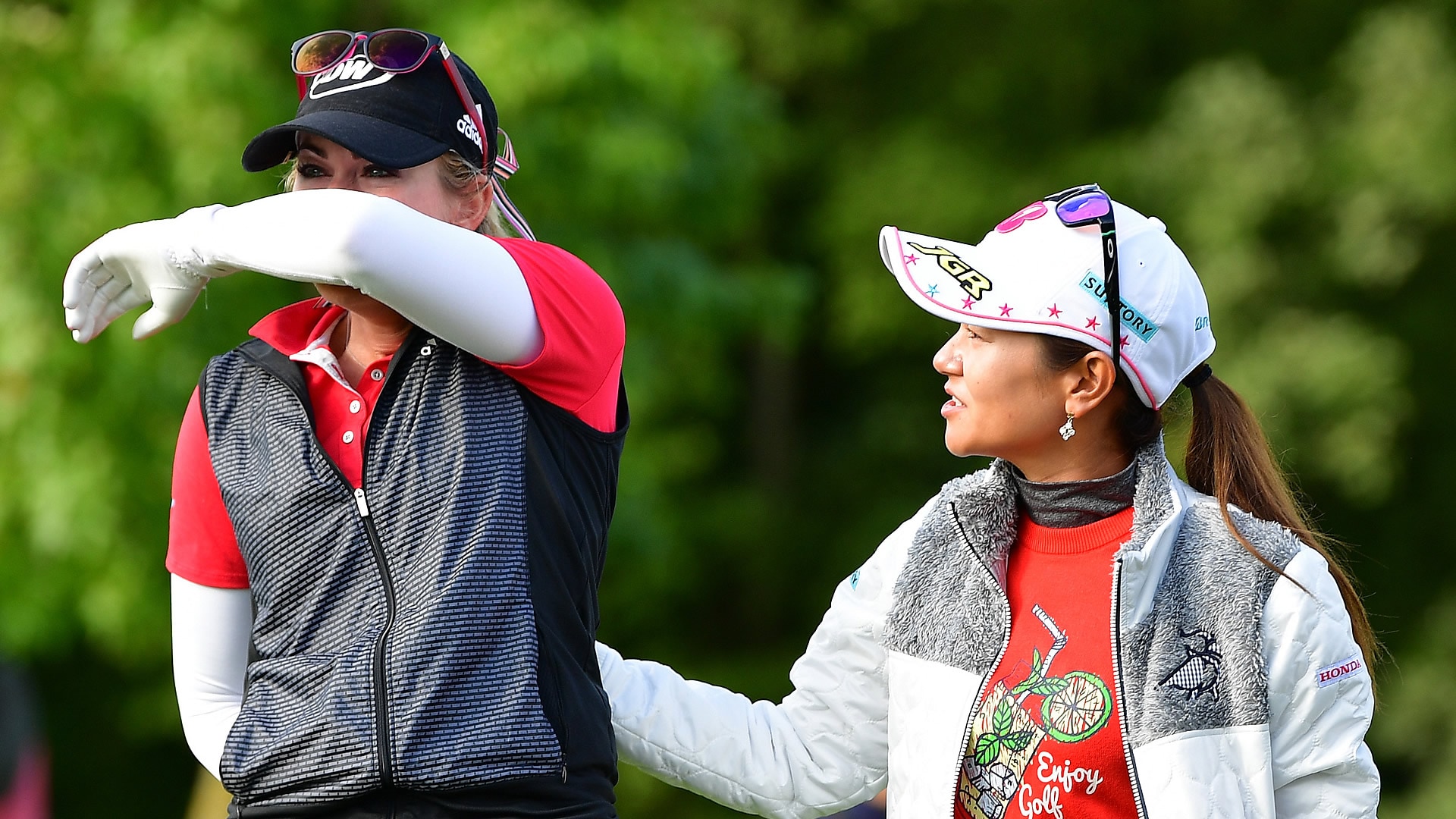 Paula Creamer withdrew from the Evian Championship Friday with a left wrist injury.

Creamer, who hurt her wrist on Tuesday, informed fellow competitors Ai Miyazato and Yani Tseng on No. 4, her 13th hole of the day, that she could no longer endure the pain.

“It’s just, like excruciating,” Creamer told reporters after she withdrew.

Creamer said there’s an issue with a tendon.

“Wednesday it was pretty bad,” Creamer said. “I barely practiced, even yesterday.”

Creamer said she really wanted to play, and that being paired with Miyazato in Miyazato’s last event before retiring, made it a special time.

“That was probably one of the biggest compliments I've ever been given, was Ai to ask to play with me, and to put her through this is not the easiest thing,” Creamer said. “But it's not like we're never going to see each other, or talk to each other ever again, that's for sure. We are such good friends.”