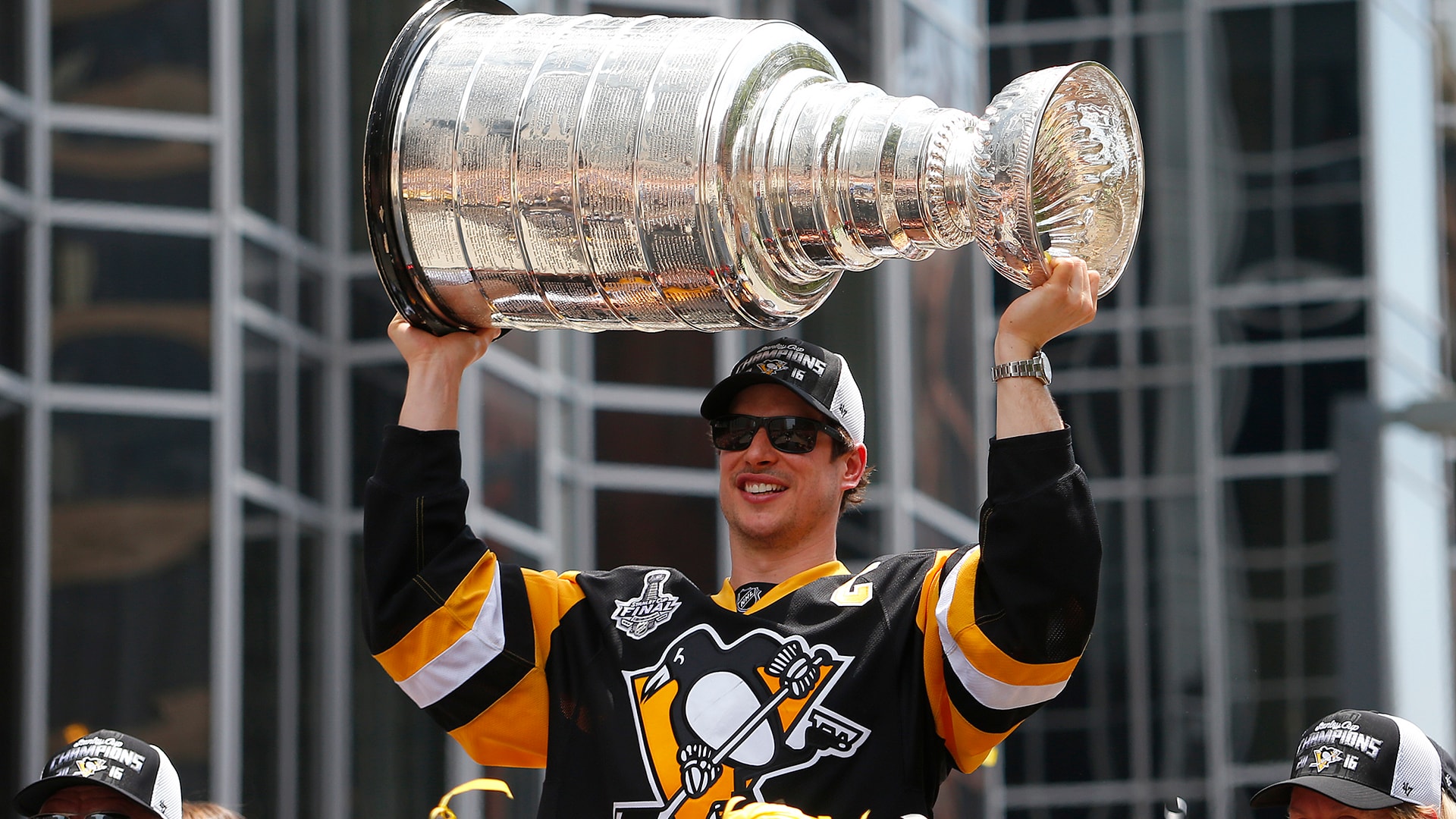 While waiting out the rain delay, plenty of players - including Rickie Fowler, Justin Thomas, Kevin Streelman and Paul Casey - got their moment with the Cup:

The Stanley Cup was in the Oakmont clubhouse during rain delay.@JustinThomas34 @RickieFowler with Pens' Phil Kessel pic.twitter.com/7gjQtN2TP0

Well that was an unexpected meeting during a rain delay...
Let's get it back @JonathanToews @NHLBlackhawks @88PKane pic.twitter.com/GKTRWW75wF

The rain delay just got way more entertaining. A privilege to stand next to this. #GoPens #StanleyCupChampions pic.twitter.com/2Mz4zUBJXG

Thunderstorms can't keep fans away from Oakmont for the opening round of the 116th U.S. Open. Apparently, that crop of "fans" includes Sidney Crosby, his teammates and the Stanley Cup.

LIVE on #Periscope: The @penguins are bringing the #StanleyCup to the #USOpen today. https://t.co/AOXKUv1Obf

Sidney Crosby and his teammates have brought the Stanley Cup to #Oakmont. #USOpen @penguins pic.twitter.com/NF2SAr6IeE