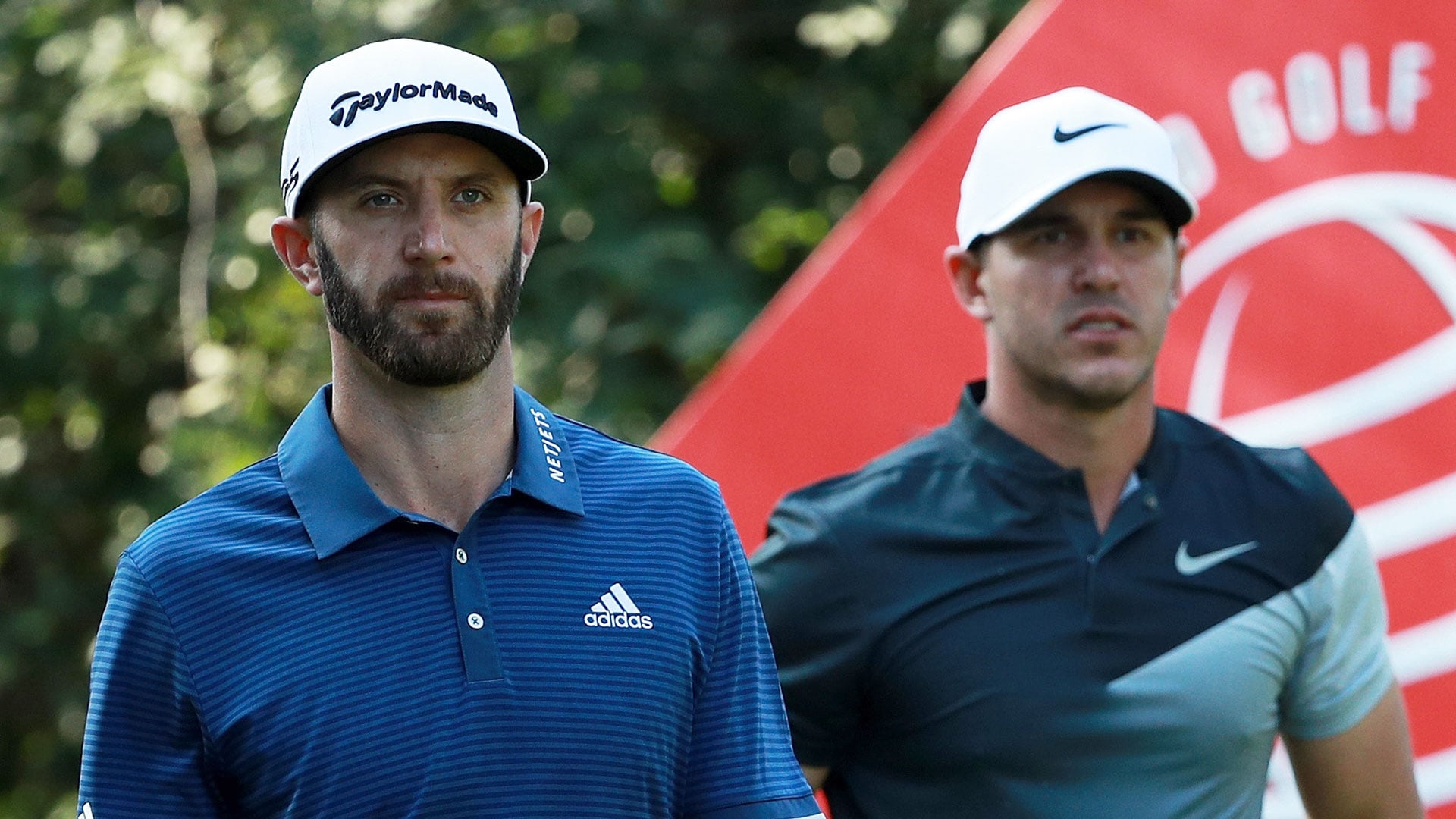 Dustin Johnson didn't play a flawless third round, but he was still able to extend his lead in Shanghai. Here's how things stand heading into the final round of the WGC-HSBC Champions.

What it means: The world No. 1 is seeking his third WGC title of the year after wins in Mexico and the Match Play. Koepka briefly took the lead with birdies at Nos. 1-3, but DJ regained control of the tournament with a four-shot swing at the par-5 8th - Koepka made a triple, DJ a birdie. A win on Sunday would give Johnson his 17th PGA Tour victory and his sixth World Golf Championship.

Round of the day: Johnson, Poom Saksansin and Marc Leishman all recorded rounds of 4-under 68 to tie for the low score of the day. A breezy third round and tough pin positions resulted in few low scores.

Best of the rest: Stenson fired a back-nine 32 for a 3-under 69 in Round 3. The world No. 9 will start the final round in third place, and - along with Koepka - will likely be one of the few players who has any chance of catching DJ on Sunday.

Biggest disappointment: Patrick Reed started the day five shots off the lead and in fifth place, but he tumbled down the leaderboard to T-49 after a 10-over 82.

Shot of the day: Stenson went flag hunting on the back nine, highlighted by this approach into No. 11.

Storyline to watch in final round: With a six-shot lead heading into Sunday, it looks like the only person who can stop DJ is ... DJ. But he will be playing alongside two fellow major champions in Koepka and Stenson. Johnson is making his first start of the 2017-18 season, and a win in Shanghai would mark his 11th consecutive season with at least one victory.