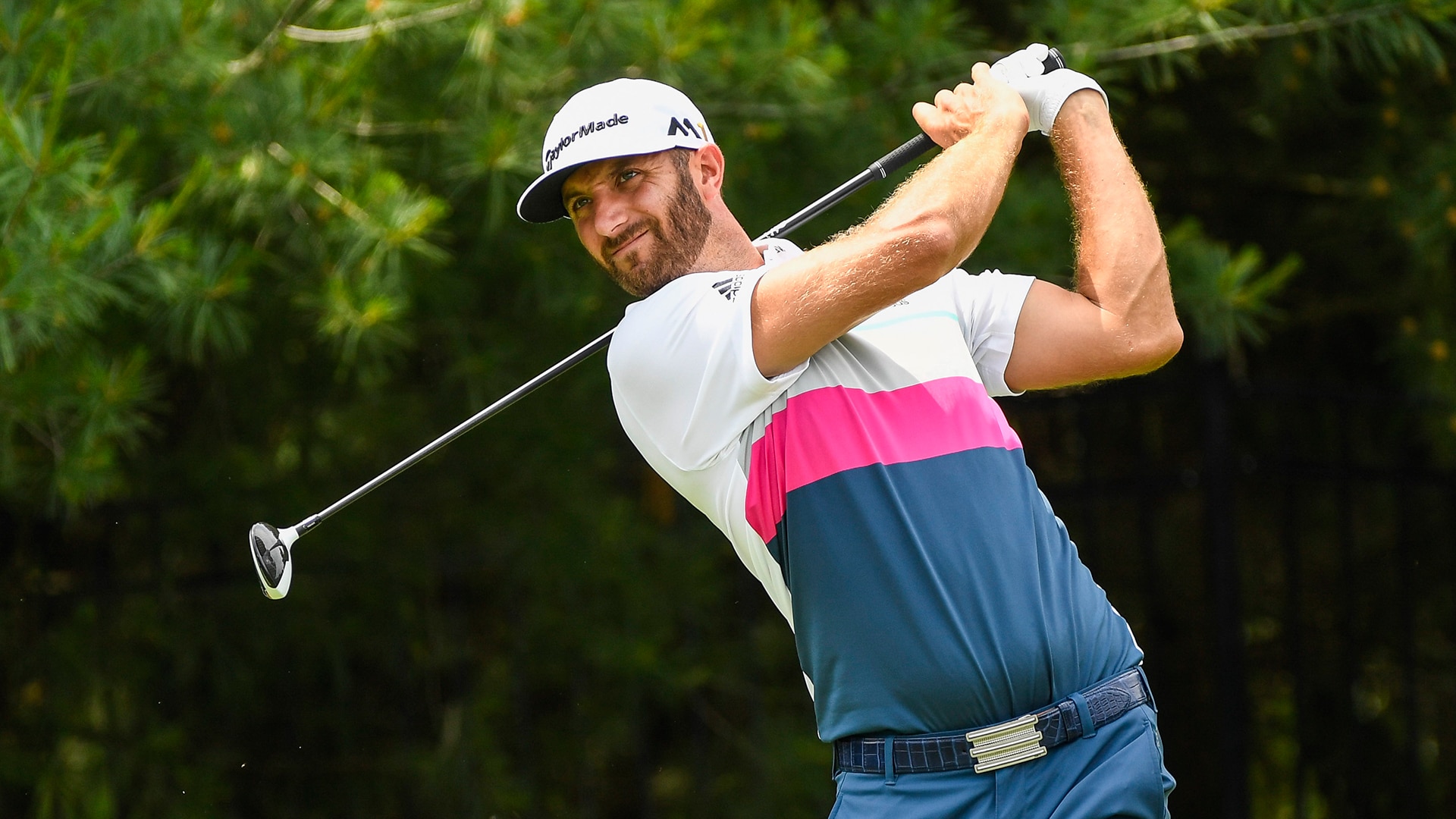 Scores were low during the opening round of the Memorial Tournament, but no one was able to keep pace with Dustin Johnson. Here's how things look at Muirfield Village Golf Club, where Johnson holds a slim advantage with the world No. 1 lurking just off the pace:

What it means: Johnson hasn't won yet this season, a rarity for him, but he had recent close calls in both Houston and Augusta. He's again contending after a blistering opening round, but Day poses a strong threat after a 6-under 66 in his de facto hometown event, as the Aussie made his first start since going wire-to-wire at The Players Championship.

Round of the day: Johnson opened his round with three straight birdies, a sign of what was to come as he carded 10 total birdies en route to an 8-under 64. His round included another string of three birdies in a row from Nos. 7-9 and a run of four straight birdies on Nos. 12-15. He briefly reached 9 under before a bogey on the 17th hole.

Best of the rest: Steele hasn't cracked the top 10 since November, but he's in position to do so this week after a 7-under 65 that featured a furious finish. Steele had four straight birdies en route to an outward nine of 5-under 31, but a double bogey on No. 14 sent him back to the pack. He responded by playing his final four holes in 4 under, holing out for eagle on No. 18.

Biggest disappointment: Rickie Fowler has missed the cut in each of his last two trips to the Memorial, and he appears headed for another early exit after a 3-over 75. Fowler, who missed the cut at TPC Sawgrass in his most recent start, made only one birdie against four bogeys and trails Johnson by 11 shots after the opening round.

Main storyline heading into Friday: Johnson is quietly in the midst of a solid season and has the power to distance himself from the field, but the player to watch is Day as he looks to win for the fourth time since March. The Aussie is also in search of his eighth win in his last 18 starts dating back to July. He appears eager to re-take the spotlight after recent wins by Jordan Spieth and Rory McIlroy.

Shot of the day: Steele was coming off a birdie on No. 17 when he took dead aim with his approach on No. 18, holing his shot from the fairway from 154 yards for an unexpected eagle.

Quote of the day: "I don't know if anyone's aware of it, but I've played 20 freaking tournaments since Chambers Bay." - Johnson