D. Johnson moves to career-best No. 2 in world 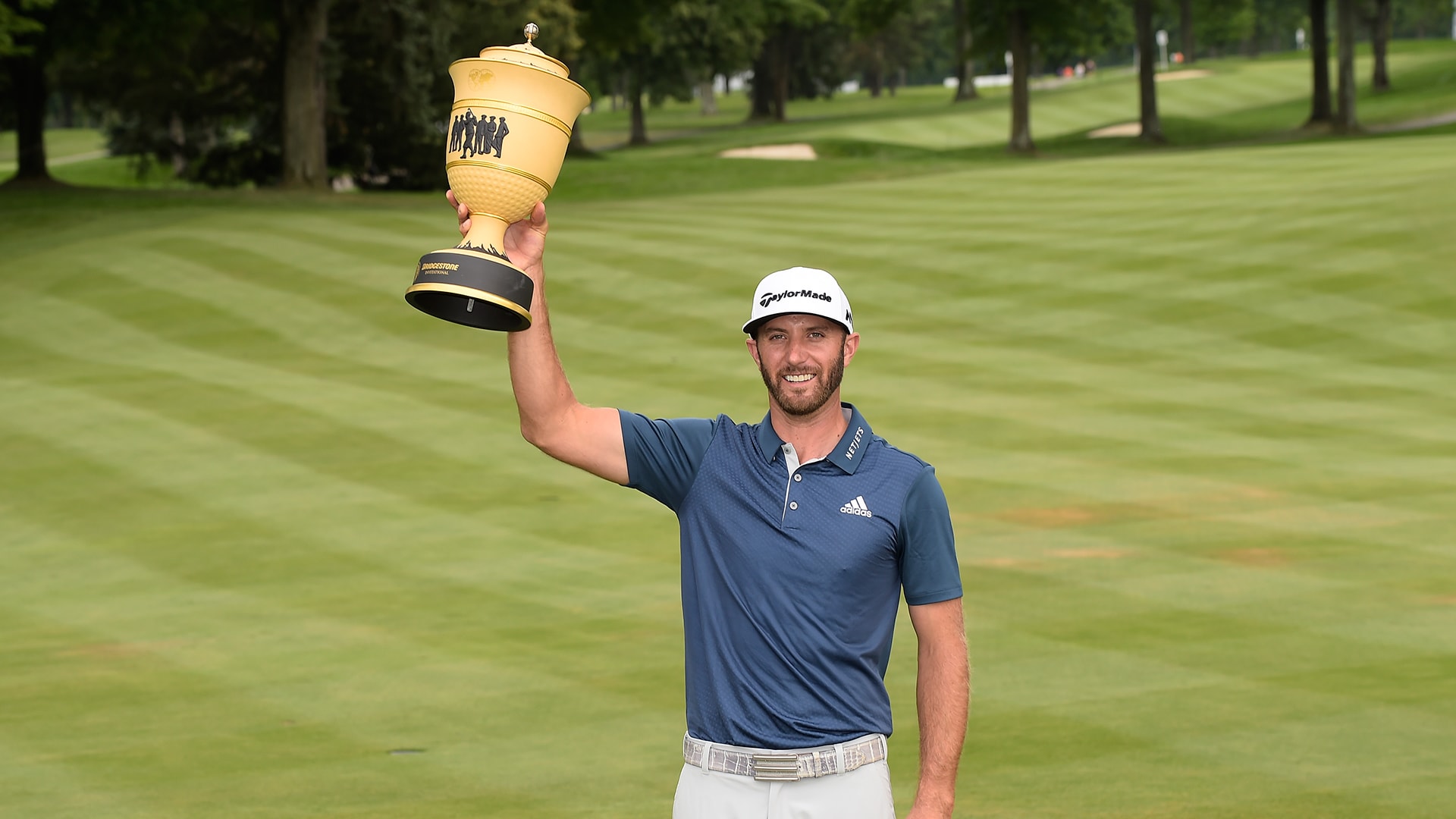 For the second time in as many starts, Dustin Johnson has knocked a prominent player down a peg in the Official World Golf Ranking.

Johnson deposed Rory McIlroy at No. 3 with his win at the U.S. Open, and now after claiming the WGC-Bridgestone Invitational he has edged ahead of Jordan Spieth at No. 2 in the world by only 0.002 points. It marks a career-best ranking for Johnson, who turned 32 last month.

Elsewhere in the rankings, Thongchai Jaidee and Francesco Molinari both benefited from high finishes at the Open de France. Jaidee rose 20 spots to No. 37 in the world, while Molinari's runner-up result helped him move up 23 spots to No. 55 in the latest standings.

Greg Chalmers jumped 259 spots to No. 231 after earning his first career PGA Tour win at age 42 at the Barracuda Championship, while runner-up Gary Woodland moved up nine spots to No. 56.

Out of competitive action since August because of a back injury, Tiger Woods fell 11 more spots to No. 605 in the world.