D. Johnson one back of trio of co-leaders in Memphis 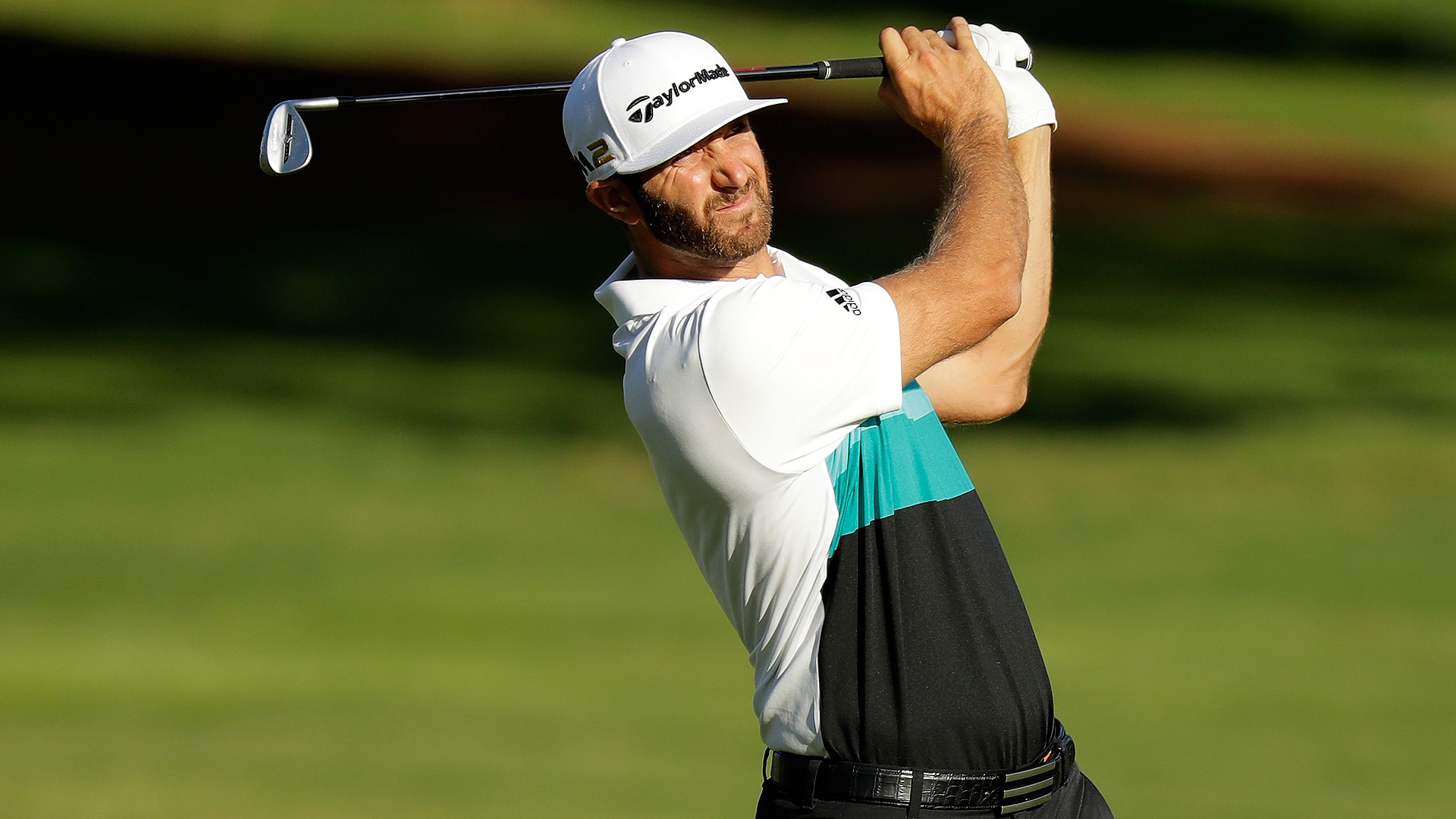 The FedEx St. Jude Classic is underway, and Dustin Johnson appears ready to build a little more momentum before heading north for the U.S. Open. Here's how things look after the opening round at TPC Southwind, where Johnson trails a trio of co-leaders by a shot:

What it means: No one was able to break away from the pack after one trip around the par-70 layout, where Johnson headlines the field. He also stands out among the nine players who are within one shot of the lead, following a round that could have been even lower were it not for watery approaches on Nos. 3 and 14.

Round of the day: Only Noh has a PGA Tour win to his credit among the three co-leaders, having won the 2014 Zurich Classic. The Korean tallied six birdies against only one bogey, including a blemish-free 33 on the back nine that featured birdies on Nos. 16 and 18.

Best of the rest: Stefani is usually a staple on the leaderboards in Texas, but he brought his game to the Volunteer State this week after an opening-round 65. Stefani caught fire in the middle of his round, following birdies on Nos. 7 and 8 with a hole-out eagle on No. 9 and a kick-in birdie on No. 10.

Biggest disappointment: Ryan Palmer and Gary Woodland both have a chance to qualify for the U.S. Open via the world rankings with a big finish this week, but those aspirations took a hit in the opening round. Palmer shot a 1-over 71, undone by a double bogey on No. 12, while Woodland opened with a 73 and now faces an uphill battle simply to make the cut.

Main storyline heading into Friday: The quintet at 5 under presents plenty of intrigue, starting with Johnson as he eyes his first win in 15 months. But Stricker is also a savvy veteran who is making the most of his first trip to Memphis since 2006, while Knost came close in Ponte Vedra Beach and Dallas last month as he continues to inch closer towards a maiden victory.

Shot of the day: Stefani jarred a wedge approach from 139 yards on No. 9 for eagle, the centerpiece of a four-hole stretch from Nos. 7-10 in which he picked up five shots.

Quote of the day: "The game is good, it's really good right now and I feel like I have control over all my clubs." - Johnson