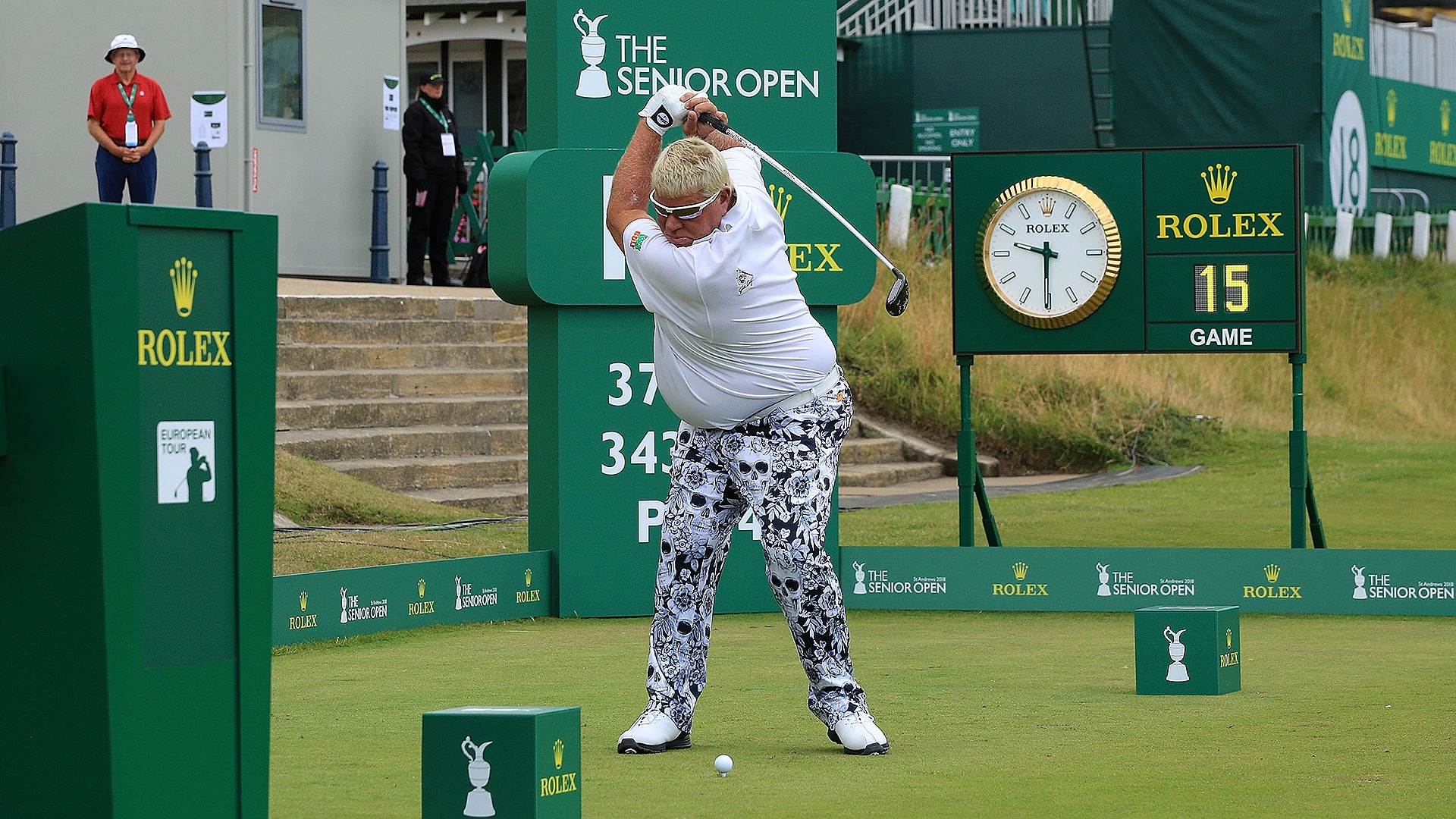 It was looking a lot like 1995 on Thursday at the Old Course – at least for a few hours.

John Daly, who won the ’95 Open Championship at St. Andrews, got off to a brilliant start in Round 1 of The Senior Open. After a bogey at the second, he made birdie at the par-4 third and then made eagle-3 at the par-5 fifth.

He continued that run with birdies on Nos. 6 and 7, and then added another at the par-3 11th.

Daly was at 5 under par and challenging for the lead. But the inward nine proved more difficult as players turned into a stiff wind.

Daly bogeyed the 12th and 15th holes and parred in for a 3-under 69. He finished the day four shots off the lead, held by Kirk Triplett.

Daly has struggled with his right knee since a freak accident in April, when a car crashed into his RV in a parking lot during Masters week. He did not compete in the U.S. Senior Open when the USGA denied him the use of a cart. He also withdrew prior to the start of last week’s Open Championship at Carnoustie.