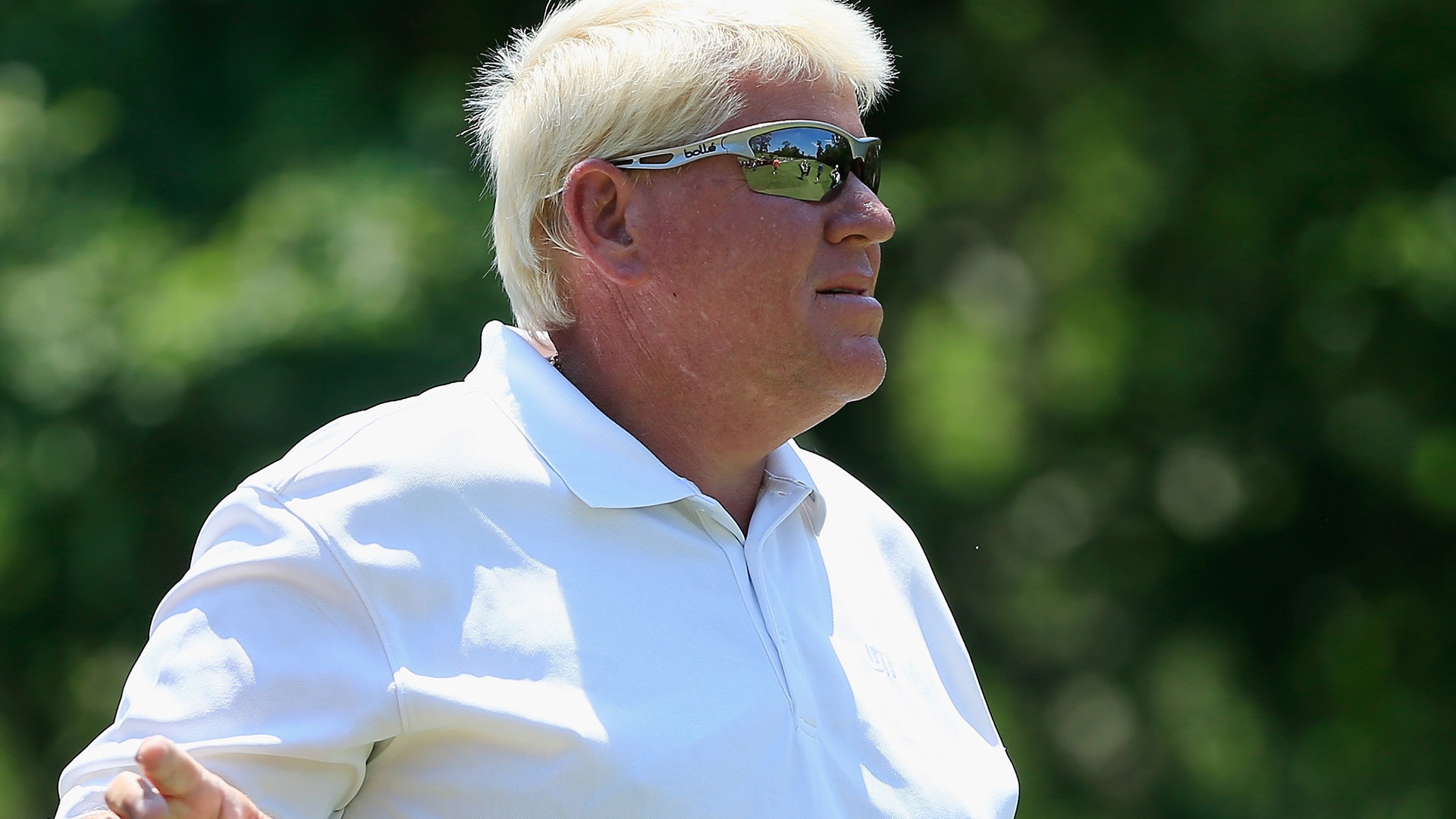 THE WOODLANDS, Texas – John Daly made a 25-foot putt on Saturday at the last. At last.

“I needed that one,” he said walking off the green. “First one I’ve made today.”

Daly birdied the par-4 18th in Round 2 of the Insperity Invitational to finish off a 1-over 73. He dropped to 1 under for the event, tied for 21st and six off the lead held by Jesper Parnevik and Jeff Maggert.

Prior to the start of the tournament, Daly lamented his short game, particularly his putting. After needing 31 putts on Day 1, he took 35 on Day 2 – and that’s with three less greens hit in regulation.

Daly continued to strike the ball well, finding 11 fairways and 13 greens. But that putter …

"It was kind of like yesterday. I didn't hit it real close today, but the wind was a little tricky on the back nine," Daly said.

"But, all in all, I hung in there. I mean, I had some opportunities."

That putter won’t see the light of day tomorrow. Daly said he is switching out this Scotty Cameron 8802 model with a heavier version for Sunday’s final round.

"This one is a little lighter and the greens are quick. I feel like my stroke is getting a little long. It might be decelerating," he said. "So I have one that's a lot heavier that might shorten my stroke. Maybe I can hit my putts a little more on line tomorrow, I hope."

Daly also said he might be a little more aggressive, using driver on a couple of extra holes. He’s stuck to a game plan of five drivers and nine irons off the tee box, on par 4s and 5s, for each of his first two rounds. That's one of the few similarities between Saturday and Friday.

If the Day 1 vibe was festive, Day 2 was business. Daly’s debut included an introductory cake and the presentation of a bottle of vodka on the first tee. There were lots of laughs along the way, playing alongside good friends Peter Jacobsen and Fuzzy Zoeller.

Daly was grouped with Kevin Sutherland and Esteban Toledo in Round 2.

There was also a noticeable difference in the crowd. The gallery off the first tee wasn’t quite as deep and the following not quite as long, as on Friday. There were more khakis and solids than garish garb.

But it was still an impressive gathering, with hundreds watching Daly. He got off to a great start with a birdie at the par-5 first. He parred his way to the eighth, where the previous round he made birdie. This time he made bogey. He then bogeyed the ninth, which he had also birdied on Day 1. And then came two more bogeys on Nos. 10 and 11.

After steadying himself with three consecutive pars, Daly birdied the par-5 15th with two putts and then made the lengthy one to cap things off.

“Longest putt I’ve made so far on the Champions Tour,” he said.

It’s been a long week for the freshly-turned 50-year-old. He’s played six consecutive rounds, dating back to a quartet of pro-ams to begin his week.

After signing his scorecard and signing every autograph he possibly could, Daly said he was ready for an early night – after fulfilling one more sponsor obligation, of course.

He'll have plenty of time to sleep in. Daly tees off at 12:58 p.m. ET with Billy Andrade and Mark O'Meara in the final round.