Daly went America all over everybody at PGA Champions' dinner 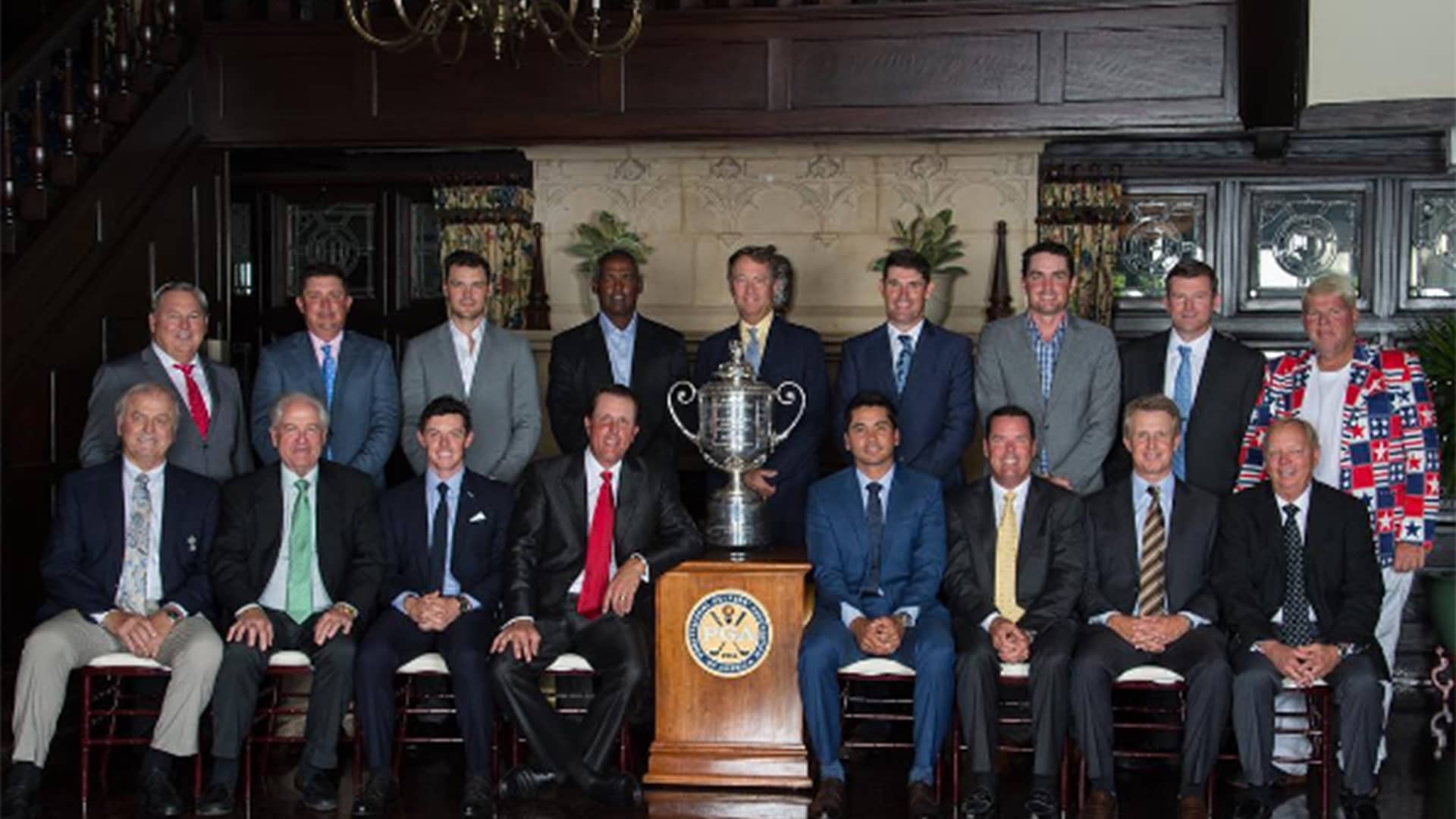 One of those "others" was John Daly, and in true John Daly fashion, he showed up to dinner in the most patriotic sport jacket ever.

If you can't spot him in the photo below, here's a hint: go see a doctor about your eyes.

Only one way to get in this picture. #PGAChamp

Jason Day is really good at golf. And choosing a dinner menu. #yum

Long John, who gets the yearly PGA invite via his 1991 victory at Crooked Stick, also managed to get a photo with Captain America.

So ... all signs point to a Ryder Cup captain's pick, right?

Looks like someone got all dressed up for the past champion's dinner at the PGA Championship! Lookin good John! pic.twitter.com/1dzFQNRrKl