Dawson: Tiger had real impact in Dubai despite WD 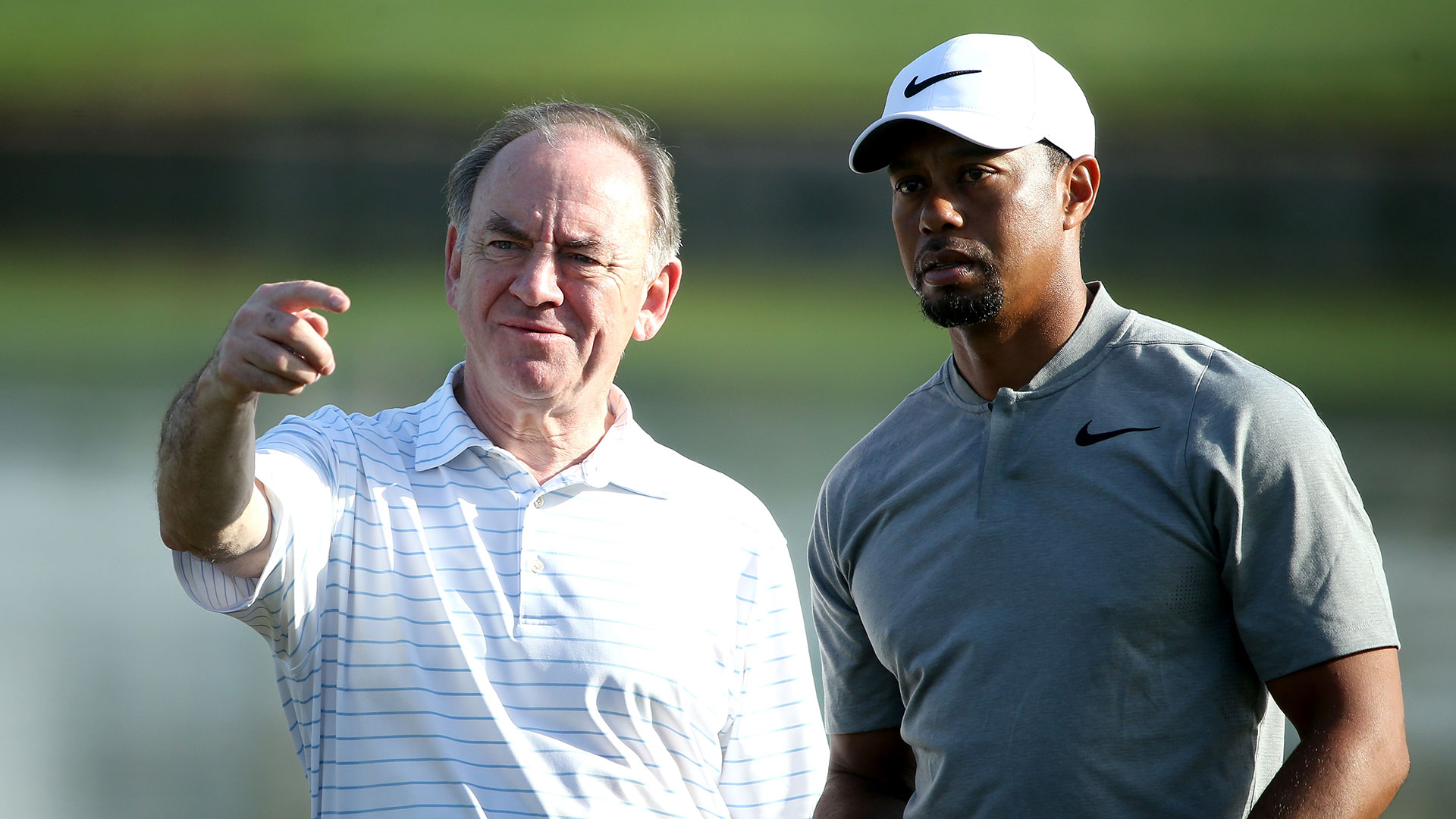 Peter Dawson, the former chief executive of the R&A and current chairman of the Dubai-based Falcon Golf, told GolfChannel.com that despite Woods’ withdrawal after just 18 holes, his aura still drew fans and sponsors to Emirates Golf Club.

“Obviously there is huge interest in his comeback from injury and so on, the fact he was in the field proved to be a massive draw in terms of ticket sales and hospitality sales,” Dawson said. “People still want to see Tiger Woods.”

Dawson explained Woods’ role for the week went beyond that of a normal player. The former world No. 1 spent much of Wednesday shooting various promotional segments and later toured a nearby golf course he is designing for scheduled opening in 2019.

Dawson also said that it was Woods who offered to participate in a Q&A on Friday at the course after he’d withdrawn from the competition.

“When he withdrew, he and [manager] Mark Steinberg discussed it and thought, 'What a shame we haven’t done everything the tournament was hoping for,' and they offered to do it, which was nice,” Dawson said.

The Q&A, which was emceed by Dawson, lasted about 20 minutes for an estimated 60 sponsors and officials.

“He came in clearly in a little bit of pain, but sat down and soon had a smile on his face and we had a few jokes,” Dawson said. “He responded well, cracked a few jokes, he’s a pro.”