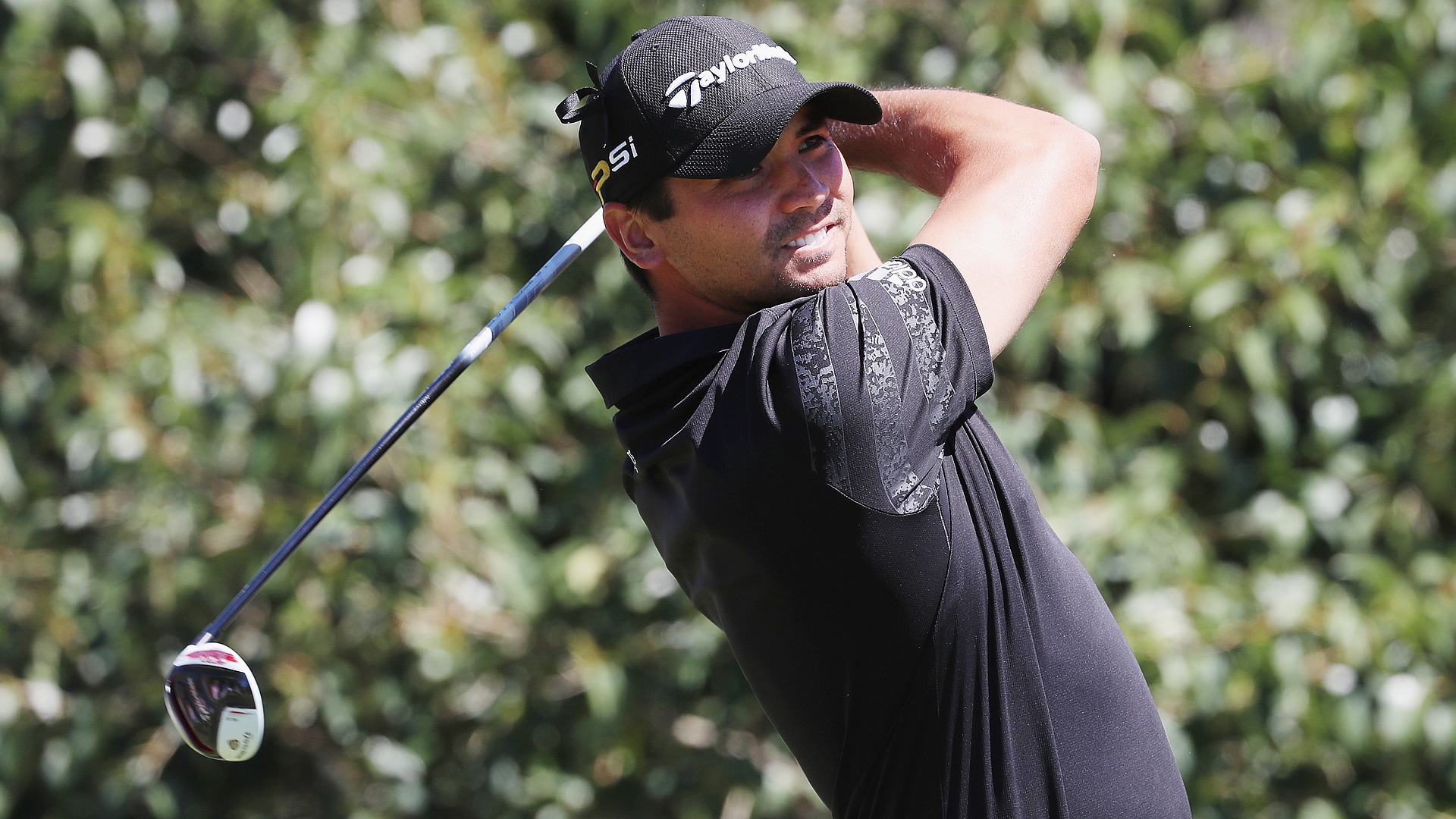 AUSTIN, Texas – Jason Day still might not feel his best, but his game doesn’t appear as though it will suffer.

He belted a driver on the opening hole to 12 feet – a blast of 372 yards, downwind – and made eagle in his match against Thongchai Jaidee.

Day’s status for the WGC-Dell Match Play was uncertain after he limped off the course Wednesday following his first-round victory over Graeme McDowell. Day didn’t speak to reporters after the match, telling an Australian reporter only that he had "searing pain" in his back, and his agent issued a vague statement in which he described his client as “getting prepared to play” on Thursday.

After beginning his warmup on the practice putting green, Day hit balls for about a half hour on the range, working through his bag. On the first tee, he was rubbing, stretching and twisting his back, but he ripped driver on the opening hole for an eagle.

Day still has to play Paul Casey on Friday in the round-robin format. Day is not in the field next week at the Houston Open. He can return to No. 1 in the world this week if he goes deep into the knockout stage and Jordan Spieth falters.