AUGUSTA, Ga. – Just as the weather warning horn blew to announce the arrival of an approaching storm, Jason Day was completing a nine-hole practice round at Augusta National on Monday.

Day’s abbreviated round may also sound a warning among the field for the year’s first major.

The Australian has been sidelined with a left thumb-injury since last month’s WGC-Cadillac Championship and his last start was the WGC-Match Play, which he won in a dramatic finale against Victor Dubuisson.

Day played 18 holes at Augusta National on Friday, nine on Saturday and managed to play nine before Monday’s storm emptied the course and told GolfChannel.com that the injury was feeling much better.

“I’m fine,” said Day, who is wearing a bandage on his thumb to keep it from going into hyperextension. “I just need to get some reps and go play.”

Day, who has two top-3 finishes in his first three starts at the Masters, said he is about 85 to 90 percent and was confident about his chances following an extended rest and a recent cortisone shot. 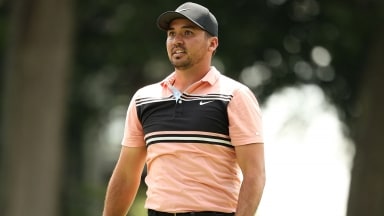 Day tests negative for COVID, plays as a single

Jason Day will play his third round of the Travelers Championship as a single after requesting to be tested for COVID-19 on Saturday morning. 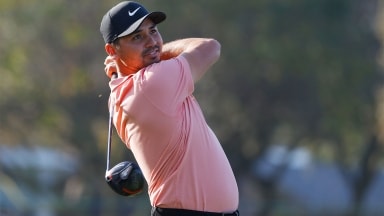 Jason Day has withdrawn from the Arnold Palmer Invitational four holes into his second round on Friday. 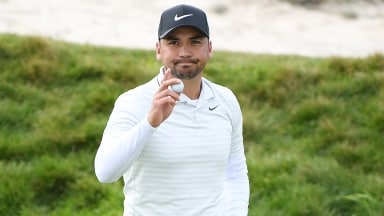 Why Day is playing with ‘a lot more gratitude’

Jason Day has done everything but win at the AT&T Pebble Beach Pro-Am, but after recent injuries he's feeling very grateful.