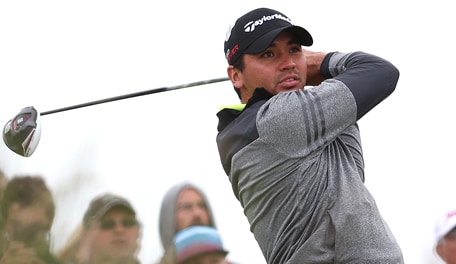 ST. ANDREWS, Scotland – After the medical ride Jason Day has been on in recent years he paused on Thursday at St. Andrews when he was asked his health status?

“I should just say healthy, so I don't have to answer these questions anymore,” said Day, who found himself back in contention for his first major with an opening-round 66 at the Open Championship. “I feel good. I'm not thinking about falling over on my face again.”

Day, who collapsed during the second round at last month’s U.S. Open with what was diagnosed as benign positional vertigo, is in much better shape this week thanks to new antiviral medication and plenty of rest.

The Australian withdrew from the Travelers Championship after tying for ninth at Chambers Bay and said after dealing with the ailment since 2010 he has become used to its looming presence.

“If it was the first time that I ever had it at the U.S. Open then I'd be kind of scared coming out here knowing, maybe it's going to come back,” said Day, who was tied for second place early at St. Andrews and a stroke behind Dustin Johnson. “But speaking with my docs and being on this medicine that I'm on right now definitely helps.”