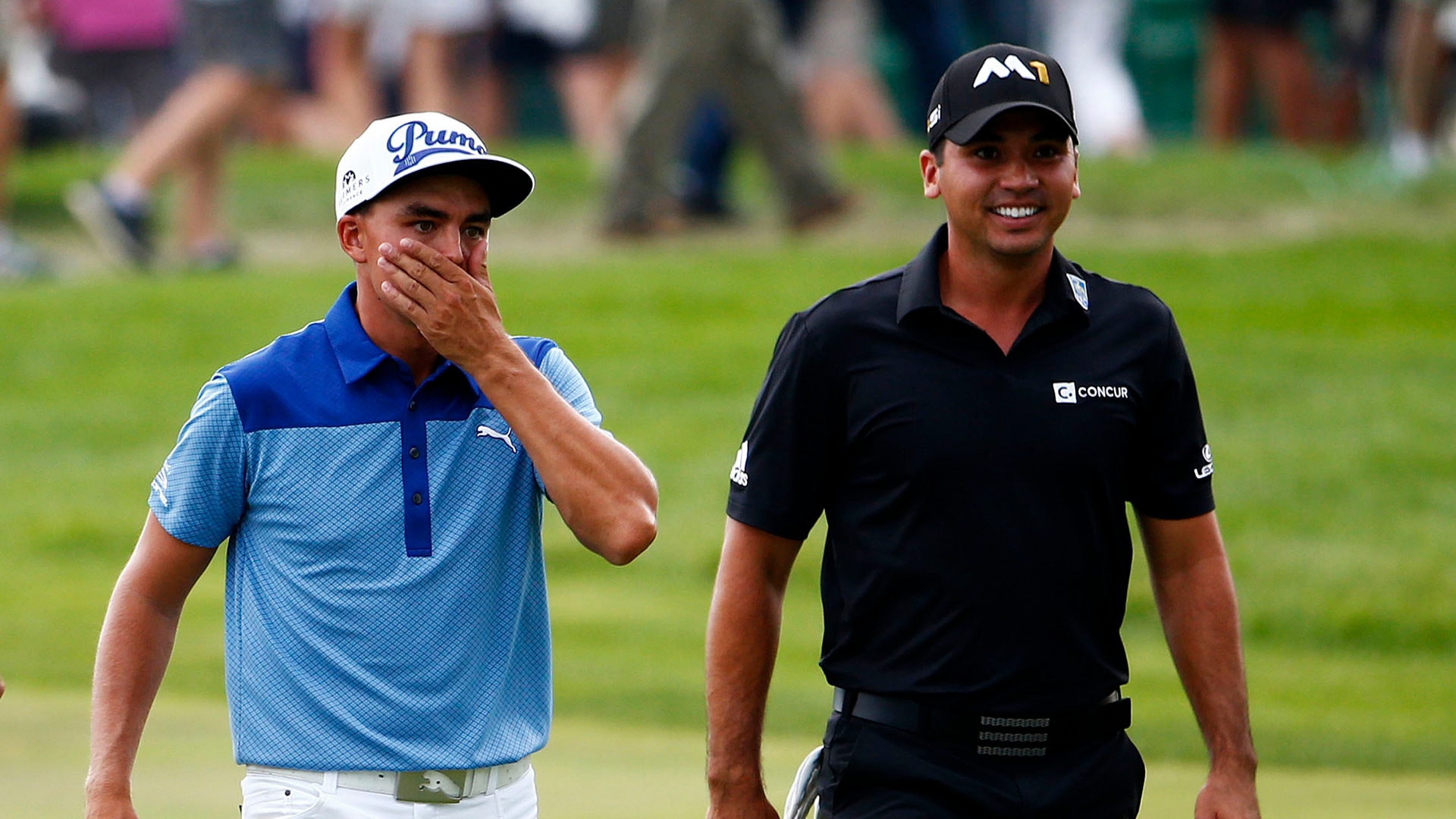 TROON, Scotland - Jason Day returns to The Open one year after coming up inches short of getting into a playoff for his first major title. Since then, even calling it "torrid" might not do justice to the streak the current world No. 1 has been on.

After the near-miss at St. Andrews, Day won the very next week at the RBC Canadian Open, went on to secure his first career major at the PGA Championship at Whistling Straits, added two FedEx Cup Playoff events (Barclays, BMW), the Arnold Palmer Invitational, a WGC (Dell Match Play) and The Players for good measure. He'll be playing alongside Rickie Fowler (still in search of his first major) and Danny Willett (the most recent Masters champ) in the first two rounds of The Open.

Perhaps only Dustin Johnson could be called "hotter" than Day at the moment, having won the U.S. Open and WGC-Bridgestone in his last two starts. He'll be playing alongside two-time major champion Martin Kaymer and Russell Knox the first two rounds.

Here's a chronological look at some of the featured groupings to keep close tabs on for the first two rounds of The Open at Royal Troon along with their first-round tee times. For the full list of tee times, click here.