Day hangs on for wire-to-wire victory at Bay Hill 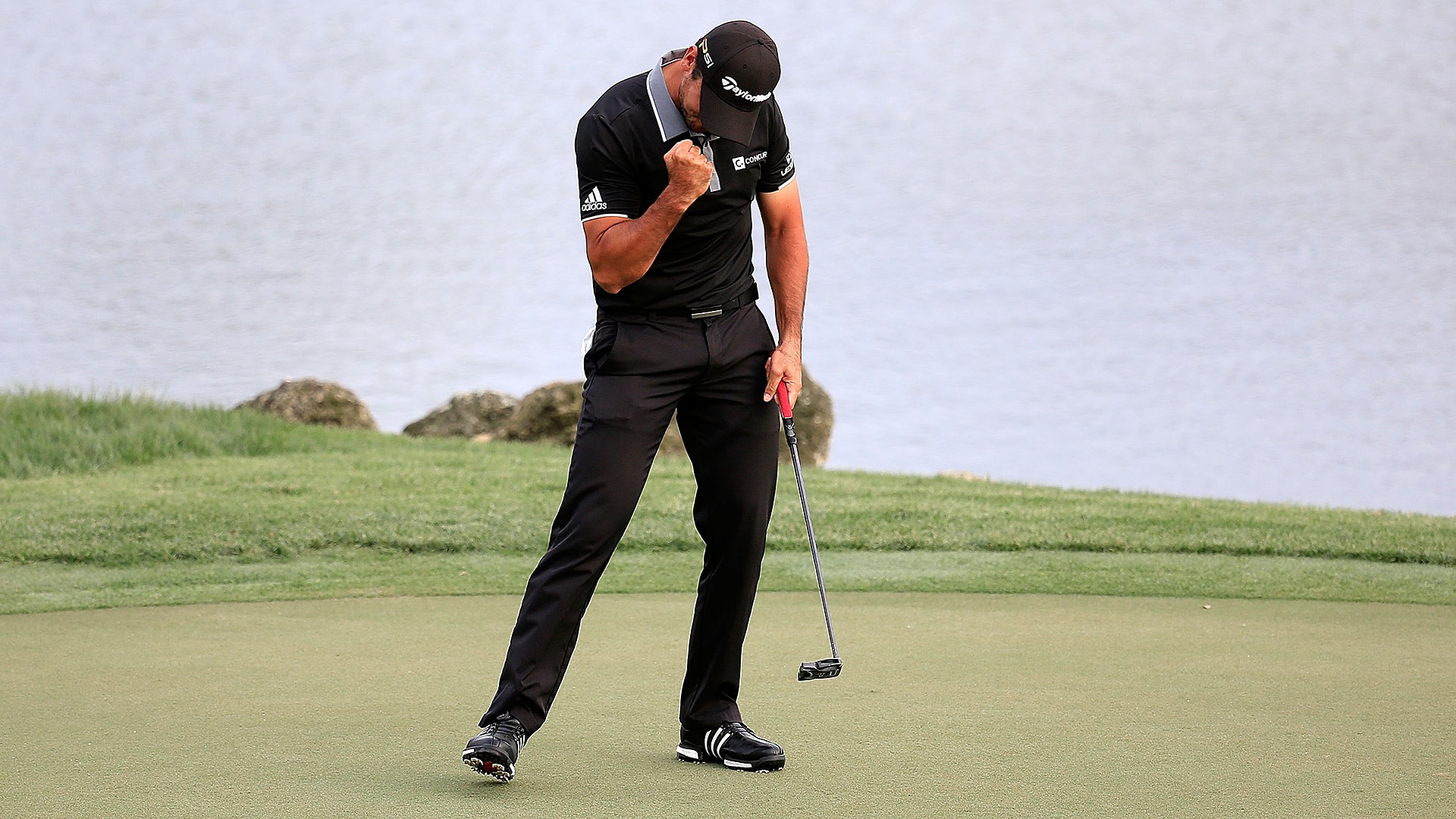 Jason Day became only the fourth player to go wire-to-wire at Bay Hill with a final-round 70 for a one-stroke win over Kevin Chappell. Here's how it all went down Sunday at the Arnold Palmer Invitational:

What it means: Day didn't have his best stuff on Sunday, making three bogeys on the front nine, two of them on par 5s. But he steadied himself coming home with two back-nine birdies and a clutch up-and-down from a bunker behind the 18th green to capture his sixth victory in the last 13 months, tying him with world No. 1 Jordan Spieth for the most over that span. Day will move back to No. 2 in the world on Monday.

Round of the day: What a three-week stretch for Kiradech Aphibarnrat. He tied for 49th at Doral, flew to his native Thailand and missed the cut and then flew back to Florida for this week's API. It was worth the journey as Aphibarnrat fired a final-round 65 to tie for sixth place. Rory McIlroy also rebounded from a third-round 75 to shoot 65. McIlroy's round included his sixth double bogey of the week and two eagles.

Best of the rest: Chappell's wait for his first PGA Tour win continues. His improved attitude was on full display in the final round as he shook off bad shots with light chuckles and gentle smiles. He birdied the par-5 16th to take the lead at 17 under, but he was quickly joined by Day when he birdied the par-3 17th. Chappell's drive on 18 found the right rough and he had no choice but to lay up. His par putt came up well short and he did well to make bogey for the fourth runner-up finish of his career.

Biggest disappointment: Stenson was right in the mix on the back nine, but he couldn't make par on the par-3 14th after coming up short of the green, and he found the water on the par-5 16th for another crushing bogey. The Swede has yet to win since the 2013 Tour Championship, and it was his fourth straight top-10 finish at Bay Hill.

Shot of the Day: There were plenty of worthy candidates, but the honor goes to the champion, who played a masterful 31-yard bunker shot on 18 to help secure the victory.