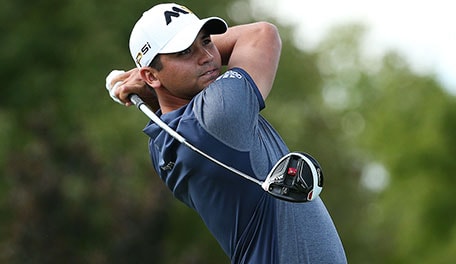 World No. 1 Jason Day will return to Florida later this year to defend his title and headline the 24-man field at the Franklin Templeton Shootout.

Day teamed with Cameron Tringale to win the 54-hole event last year by one shot over the 2013 champs, Matt Kuchar and Harris English. All four players will be back for the event, held Dec. 10-12 at Tiburon Golf Club in Naples, Fla.

Day won five times this year on the PGA Tour, and he last played earlier this month at the Presidents Cup. He won't play much in the coming weeks, opting out of several marquee events in his native Australia to be with his wife, Ellie, who is expected to give birth to the couple's second child next month.

In addition to Day and Kuchar, the limited field will include five other players currently ranked inside the top 30 in the world: Zach Johnson, J.B. Holmes, Patrick Reed, Billy Horschel and Brandt Snedeker.

Players will be drawn into 12 two-man teams later this month. The tournament format will include a scramble in Round 1, modified alternate shot in Round 2 and best ball in Round 3.