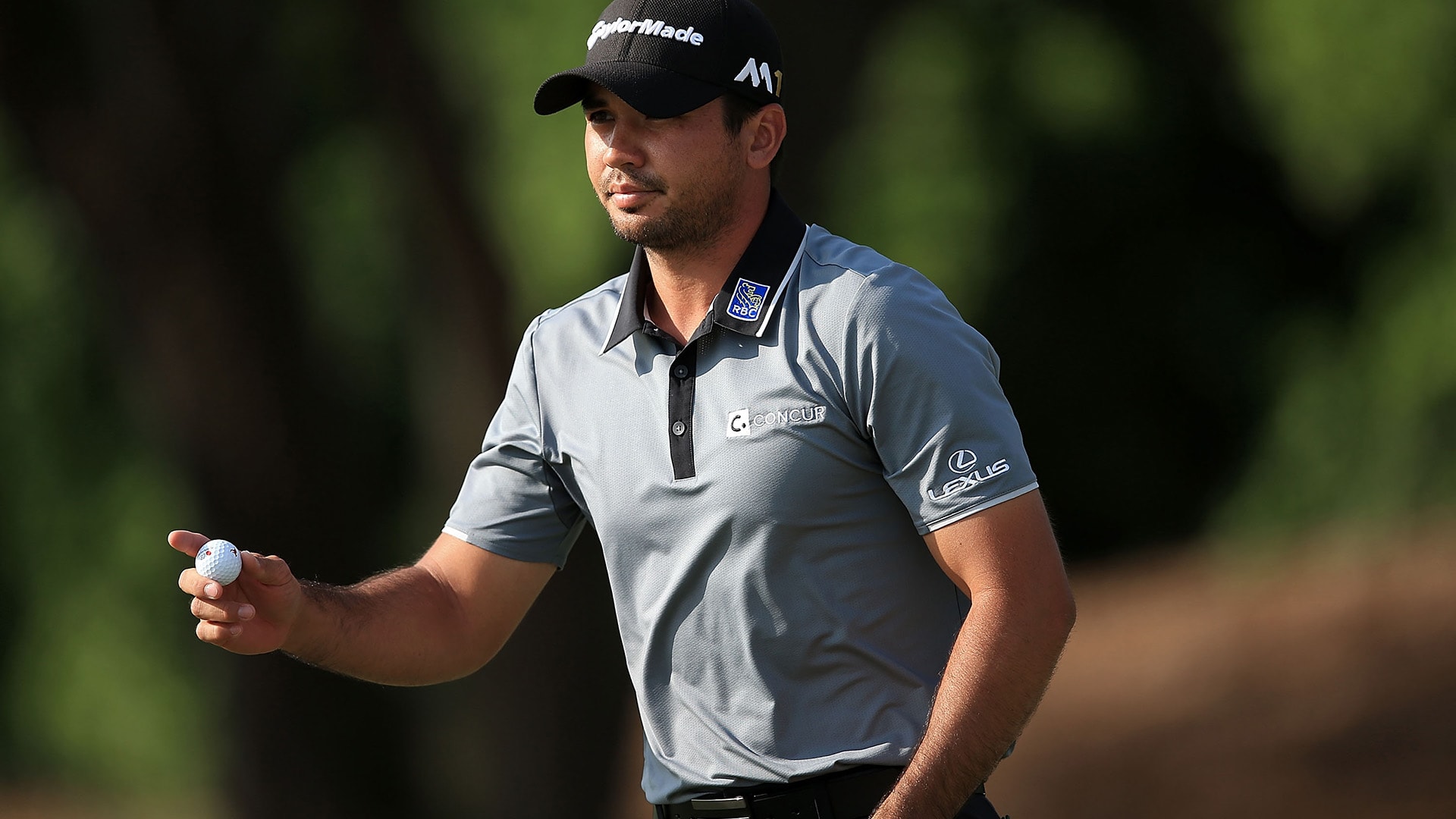 ORLANDO, Fla. – Thanks to pushed-up tee times and some luck with the weather, the 76 players in the field managed to dodge a sizable storm Saturday and complete Round 3 at Bay Hill, where Jason Day will take a two-shot lead over Henrik Stenson, Troy Merritt and Kevin Chappell into the final round. Here’s where things stand through 54 holes at the Arnold Palmer Invitational.

What it means: Day is in search of his eighth PGA Tour win and sixth in the last 13 months. Up two to start the third round, he was briefly overtaken by Stenson, who played Nos. 4-6 in 4 under. But the Aussie drew even one hole later before chipping in for birdie on No. 8 to re-take the lead. He wouldn’t trail again for the remainder of the day. A birdie from the fairway bunker at the par-5 16th pushed his lead to two and closing pars got him into the clubhouse in 2-under 70. As for the chase pack, Merritt birdied two of his last three holes to play with Day in Sunday's final pairing. The 30-year-old broke through for his maiden win at the Quicken Loans last year. Chappell has never won on Tour but owns three runner-ups, including one earlier this season at the RSM Classic. Stenson, ranked seventh in the world, hasn’t won in the U.S. since the 2013 Tour Championship, but finished in second four times last season, including here at Bay Hill. He'll play with Chappell in the second-to-last tee time.

Round of the day: Merritt, Chappell and Ben An recorded 5-under 67s. Chappell birdied four of his first six holes and turned in 3 under before adding two more circles across a bogey-free back nine. Merritt also made the turn 3 under before carding four birdies, three pars and two bogeys on the back. Unlike the other two, An sits 10 shots back at 5 under for the week.

Best of the rest: Five players – Emiliano Grillo, Smylie Kaufman, Zach Johnson, Charles Howell III and Scott Brown – posted 4-under 68. Of the five, Grillo is the closest to the lead at 9 under, six back.

Biggest disappointment: After bouncing back from an opening 75 with a 67 on Friday, world No. 2 Rory McIlroy put three balls in the water en route to another 3-over 75. McIlroy made three double bogeys, his second coming at the par-4 third, his 12th hole of the day, when he found the water not once but twice.

Shot of the day: Day found the right fairway bunker at the par-5 16th and managed to play his second shot from 184 yards to 28 feet, setting up his final birdie of the day that has him ahead by two.

Storyline to watch Sunday: Day and Stenson got the attention Saturday, but their playing partner, world No. 8 Justin Rose, is only four back, tied with Fathauer at 11 under. Rose never challenged for the lead in Round 3 and dropped a shot on 17 but is nonetheless within striking distance for his eighth Tour victory. The 2013 U.S. Open champion has won at least one Tour event every year since 2010.