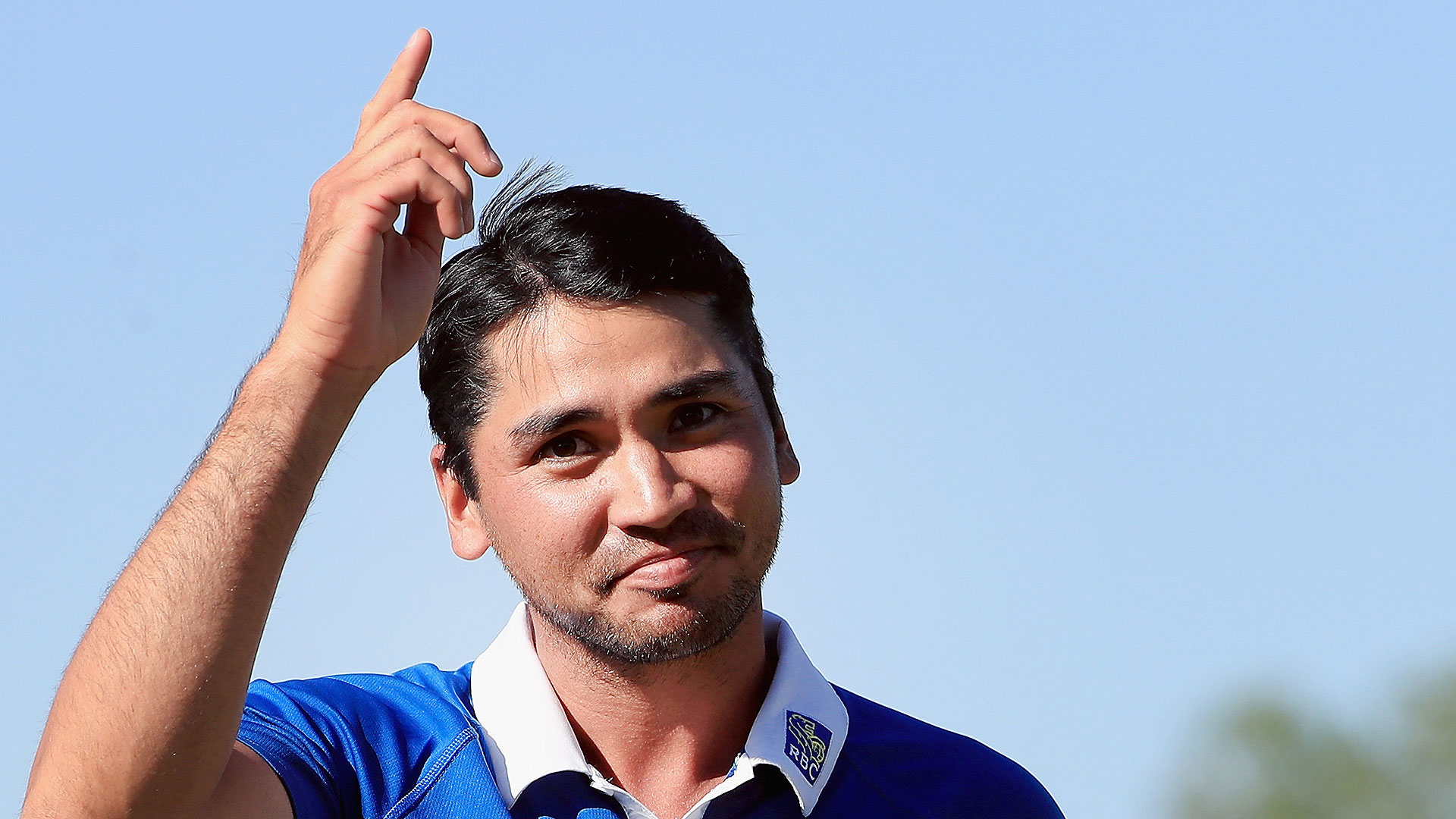 After two wins in as many weeks, Jason Day is back to the top spot in the Official World Golf Rankings.

Day beat Louis Oosthuizen, 5 and 4, in the final of the WGC-Dell Match Play to knock Jordan Spieth out of the top spot for the first time since early November. While Day was assured of the No. 1 ranking by making the semifinals, his win means that he'll remain No. 1 leading into the Masters regardless of Spieth's performance this week at the Shell Houston Open.

Day had previously spent a total of four weeks with the No. 1 ranking following his win at last year's BMW Championship.

Oosthuizen's runner-up finish moved the South African up seven spots to No. 11, his highest ranking since July 2013. Rafael Cabrera-Bello, who defeated Rory McIlroy in the third-place match in Austin, jumped 18 spots to No. 36, a career-best position and one that earned him a trip to Augusta National next week.

Tony Finau rose 31 spots to No. 72 after his playoff victory at the Puerto Rico Open. It was FInau's first win on the PGA Tour, and while it did not bring with it a Masters invite it does get the 26-year-old an exemption on Tour through the 2017-18 season. Steve Marino, who lost the playoff in Puerto Rico, jumped 125 spots to No. 237 while Ian Poulter's T-3 finish moved him up five spots to No. 62.

Day's ascension to No. 1 was the only change among the top 10 in the rankings this week. The Aussie is now followed by Spieth, McIlroy, Bubba Watson, Rickie Fowler, Adam Scott, Henrik Stenson, Justin Rose, Dustin Johnson and Patrick Reed.

Out of action since August because of a back injury, Tiger Woods dropped five more spots to No. 472.