Day 'surprised' by recovery, another win at Match Play 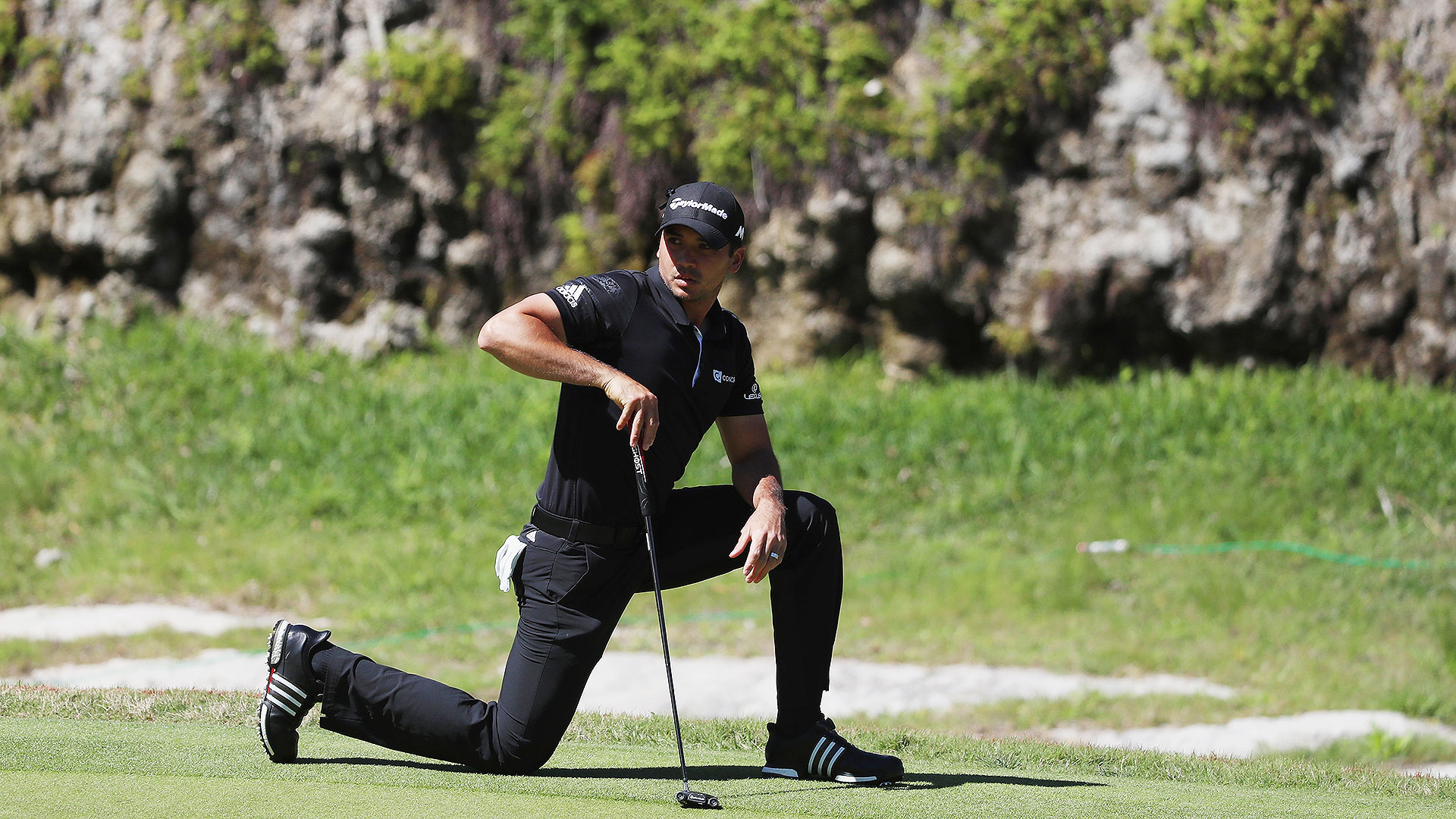 AUSTIN, Texas – Jason Day surprised even himself Thursday with his dominant 5-and-3 victory over Thongchai Jaidee at the WGC-Dell Match Play.

Questionable for the second round because of what he later described as an inflamed disk in his back, Day eagled his opening hole and made five birdies around the turn to improve to 2-0 this week.

“I was actually quite surprised that I got to the golf course and hit the shots without really protecting it,” he said.

Day will play Paul Casey on Friday, needing only a half point to advance to the weekend.

After limping off the course Wednesday and receiving treatment, Day said he considered undergoing an MRI to see if there was any structural damage. He decided to test his back before the round, going through a half-hour warmup session, swinging fully and aggressively, like he would on the course.

Day, who has battled back issues since he was 13, knew he’d be able to play after his very first tee shot – a 372-yard blast that settled 12 feet away, leading to an opening eagle.

A winner last week at the Arnold Palmer Invitational, Day can return to No. 1 in the world with a deep run this weekend at the Match Play.

“I was so disappointed and so angry last night that I was injured because I have been doing the right things with my body,” he said. “These things just pop up out of the blue and you can’t do anything about it. It’s so frustrating because I am playing really good golf right now. I know that if I can keep playing this way, I can win.

“Once again, I’m just trying to stay focused on the positive side of things, that I have recovered pretty good from it. I’ll try and stay on top of it and be disciplined with the protocols and go from there.”