Day ties a career best at No. 4 in latest OWGR 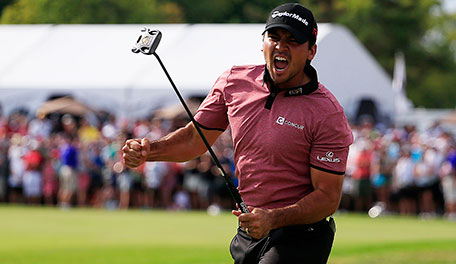 Jason Day’s second PGA Tour victory of the year has him ranked No. 4 in the world. Day, who captured the RBC Canadian Open on Sunday, moved from ninth to fourth in the Official World Golf Ranking.

It ties his career-best ranking. He moved to fourth earlier this year, as well, with a win at the Farmers Insurance Open.

Canadian Open runner-up Bubba Watson remained at No. 3, though he did slightly narrow the gap between him and No. 2 Jordan Spieth. That margin is now just 4.04 points.

Spieth, meanwhile, inched closer to world No. 1 Rory McIlroy, cutting his deficit to 0.88 points (from 0.94). Both players were inactive this past week.

On the opposite end of the spectrum, Tiger Woods enters his Quicken Loans National ranked 266th, sandwiched between Robert Rock and Max Orrin.