Day valiant, but closes in 74 to tie for ninth 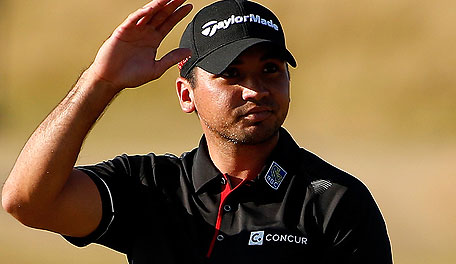 UNIVERSITY PLACE, Wash. – Jason Day was the biggest story during the third round of the U.S. Open. By Sunday, understandably, he had nothing left in the tank.

Late on Friday, Day collapsed because of dizziness on his last hole and cited vertigo-like symptoms as the reason. He gathered himself enough to finish and amazed many when he returned Saturday and shot 68 to tie for the overnight lead.

Although Day said he felt better on Sunday, his performance did not indicate that. He made five bogeys and a double bogey against only three birdies to shoot 4-over 74 and tied for ninth place at Chambers Bay.

“I think I hit 13 greens and just didn’t capitalize at all on the stuff that I had,” Day said. “It’s unfortunate because I felt like I gave myself enough opportunities.”

Late in the round, Day stopped bending down to pick up his tee after each tee shot to prevent more dizziness and save energy. He said that he started feeling noticeably better after the 12th hole, but by that time most of the damage had already been done.

Still, it’s a minor miracle that he completed all 72 holes under the circumstances.

"I was taken by the fact that so many people supported me," Day said. "I really made a lot of Jason Day fans out there this week, even though it didn't end up the way I wanted it to end up. I fought a good fight. And I think everybody that watched the telecast knows that I never gave up. It was a battle."