Day: Winning a major is 'all up here' 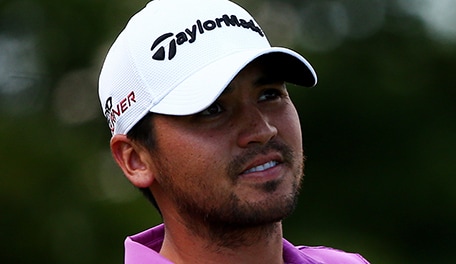 SHEBOYGAN, Wis. – For Jason Day, winning a major championship is truly all about the details.

The little things, he explained Wednesday at Whistling Straits, separate decent weeks - like his last two majors - from historic finishes.

For a player who has come so close to winning that elusive first major, it’s the only thing that makes sense.

“The last bit of the puzzle is all up here," Day said, pointing to his head, "having the belief and confidence that you can do the stuff that other guys do on Sundays. It's just amazing how the more and more I stay out here over the years, the more it's all about the head, rather than the whole game itself.”

It was the difference, in the Australian’s opinion, between winning or tying for fourth, like he did at last month’s Open Championship, or even tying for ninth at June’s U.S. Open.

In total, Day has nine top-10 finishes in major championships, a run that began at Whistling Straits in 2010, when he tied for 10th in just his second major start.

There has always been a missing element, like key putts coming down the stretch at St. Andrews, or clarity of thought at the U.S. Open after coming down with benign positional vertigo.

What it is not, however, is a lack of desire.

“I would do the same,” he said when asked about his health issues at the U.S. Open. “It's just a matter of how much do you want it. And I really want it. I mean I'm willing to put my body on the line just to get a taste of that greatness.”