Day's short game lifts him past Rory in epic semifinal 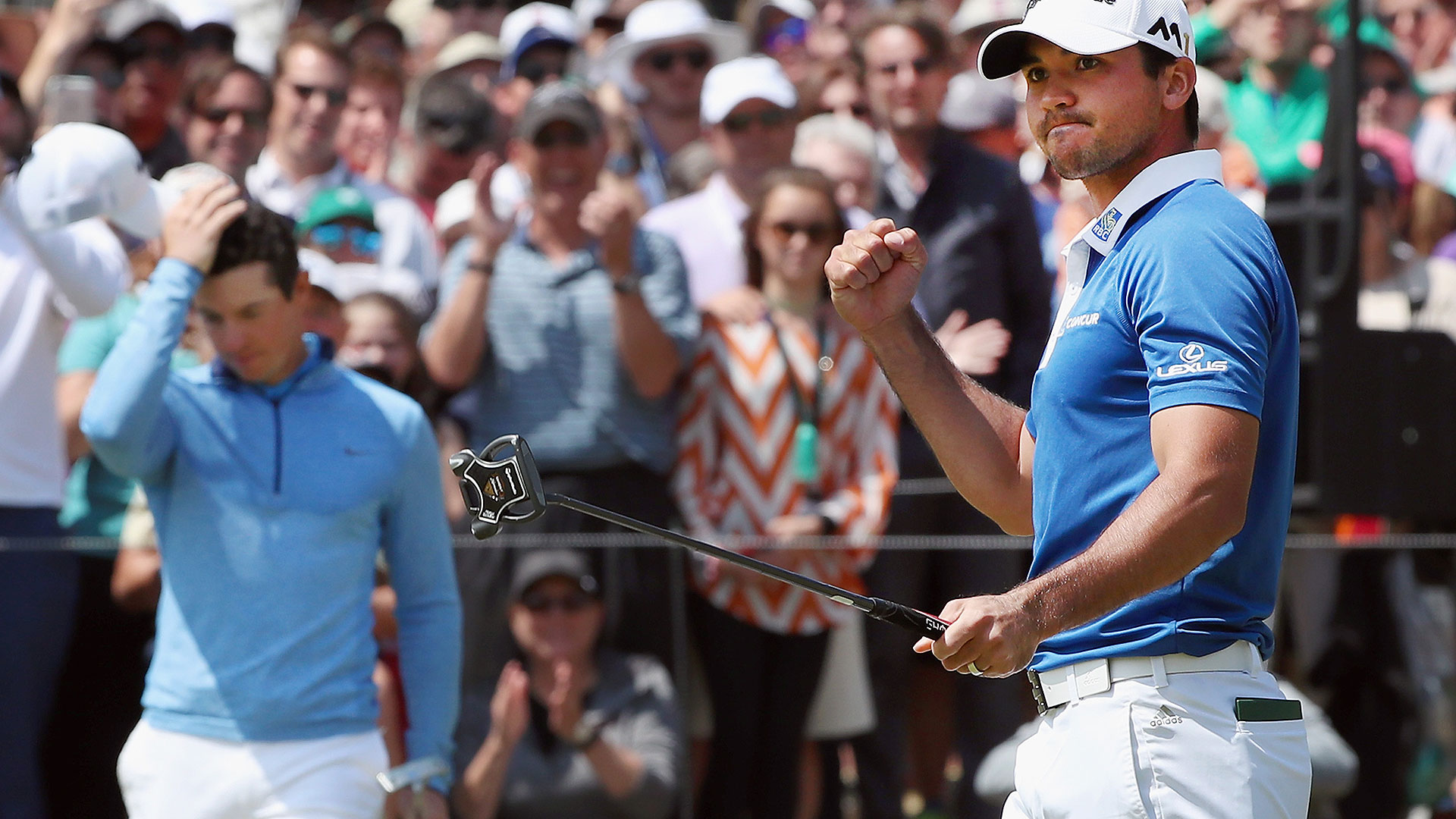 AUSTIN, Texas – Jason Day’s plan Sunday was to frustrate Rory McIlroy with his short game, getting up and down from anywhere and everywhere.

It worked to perfection, all the way until the very end, when Day holed a 13-foot par putt to hold off McIlroy, 1 up, in a showdown that lived up to its massive hype.

And there was no time to celebrate.

Day had a little more than an hour to prepare for his final opponent, Louis Oosthuizen, who dusted Rafael Cabrera Bello, 4 and 3, in the other semifinal at the WGC-Dell Match Play.

It was only the second time in the event’s history that two of the top three seeds played each other in the semifinals. But unlike in 2012, when McIlroy defeated Lee Westwood, this time it was the Northern Irishman who was left to rue his missed opportunities as he lost for the first time in 13 matches.

On three occasions he missed putts inside 8 feet that would have won the hole, none more significant than on the 11th. Day missed long and left of the par 3, leaving an impossible, downhill, downwind flop shot from only 30 feet. His ball raced 12 feet past, but he poured in the putt to put the pressure on McIlroy. After a majestic tee shot to 7 feet, McIlroy’s putt to win the hole slid by on the left.

Day won the par-5 13th with a two-putt birdie, then added another win on 14 after he got up and down from behind the green and McIlroy stubbed his pitch off a tight, muddy lie.

McIlroy won the 14th with a 12-foot birdie, but it proved difficult to rein in a player who possesses both incredible power (including a 373-yard tee shot on 16) and a deft touch around the greens (7 of 8 scrambling).

“I just kept on saying I’ve got to frustrate him with my short game,” Day said. “If I miss a green, I’ve got to get up and down. If I don’t hit a good chip, then I’ve got to hole the putt. I was just trying not to back up a bad shot with another bad shot.”

Day’s final magic trick around the greens came on the closing hole at Austin Country Club. Opting to use the bank behind the hole location instead of going straight at the flag, Day’s ball carried too far and drifted 13 feet away. With fans packed eight deep around the green, with McIlroy looking at a 7-footer to force extras, Day’s par putt was a no-doubter, putting an exclamation point on a match that included seven lead changes and 11 birdies from two of the top three players in the world.

“Jason showed why he’s such a great champion on the putt on that hole there to close out the match,” McIlroy said.

McIlroy, who lost in the finals in 2012 and won the event last year, now will play in his first consolation match, against Bello.

“I’m not angry with my game at all,” McIlroy said. “I’m just angry that I didn’t do more in the match and convert my chances when I could have. Disappointed with the outcome, but I’m happy with where my game is.”

Day is searching for his second Match Play title in the past three years. If he defeats Oosthuizen, Day would become just the third player since 1980 to win his last two PGA Tour starts entering the Masters.

“That gives me a boost of energy, really,” Day said. “I really want to win this tournament. If we need to go another 36 holes this afternoon, I’m happy to do it. I just need to find a way to do it.”