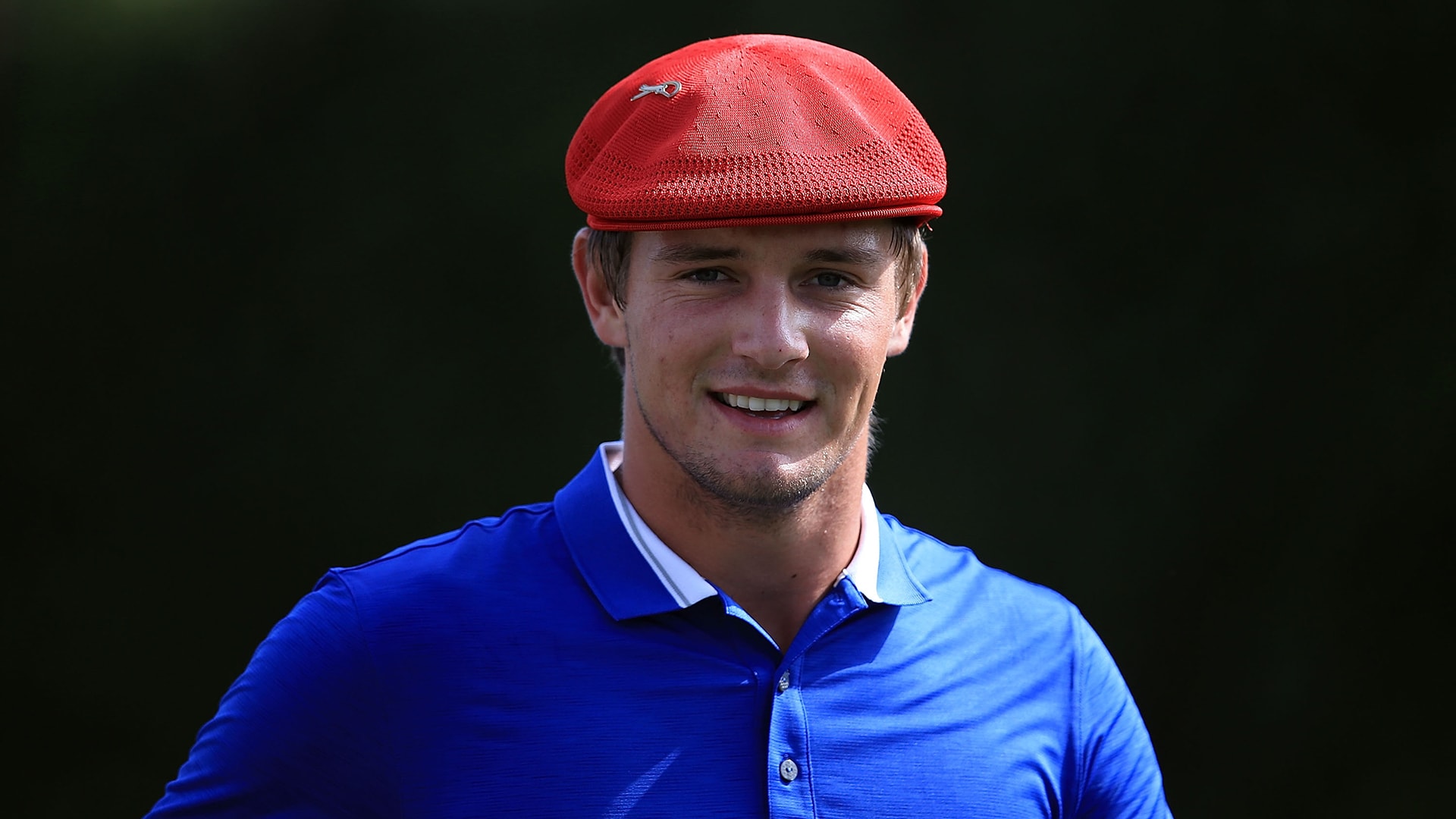 ORLANDO, Fla. – Bryson DeChambeau’s second shot at a head-to-head matchup with Rory McIlroy went a little better than the first one.

As McIlroy put it: “I said to him, ‘If you keep playing like this I'll be seeing a lot more of you.’"

DeChambeau turned in a final-round 66 at the Arnold Palmer Invitational, leaving him 6 under for the week and in a tie for 24th place with McIlroy as the two, paired together on Sunday, walked off the 18th green.

Still an amateur, DeChambeau nearly took down the second-ranked player in the world, but a two-shot swing on the final green – when DeChambeau three-putted and McIlroy drained a swinging left-to-right birdie putt from 59 feet – pushed McIlroy (65) one shot lower.

“Better than the 78 over in Abu Dhabi with him,” DeChambeau smiled.

The 78 aside, DeChambeau’s resume is pretty impressive. In 2015, he joined Jack Nicklaus, Phil Mickelson, Tiger Woods and Ryan Moore as the only players to win the U.S. Amateur and the NCAA individual title in the same year. Still, the 22-year-old was asked what it’s like to realize that McIlroy – who’s already reached world No. 1, won four majors and won 15 times on the PGA and Europeans Tours – is only four years his senior.

“Makes me sad,” he answered, half laughing. “He's doing pretty well. I hope to do the same but you never know. I'm definitely a different person. Shoot, I hope I can get to that stature but, you know what, golf is a fickle game. I'm just even enjoying the moment right now and having a good time playing.”

DeChambeau has retained his amateur status since announcing his leave last fall from the SMU golf program, which was hit with NCAA sanctions and banned from postseason play. He’s now made the cut in six of his seven pro starts since leaving school and was runner-up at the Aussie Masters in November.

His focus now turns to Augusta National, where he’ll compete in his first Masters in just three more weeks. DeChambeau will head to Hilton Head in the next couple days for practice and then play Augusta National three more times on Thursday, Friday and Saturday as prep for the Masters. Thereafter, he’ll meet reigning British Amateur champion Romain Langasque in the Georgia Cup on March 29.

In April, DeChambeau will accept sponsor exemptions to play in the RBC Heritage and Valero Texas Open and will likely turn professional after the Masters. For now, he’s still enjoying his status as a self-described “intern.”