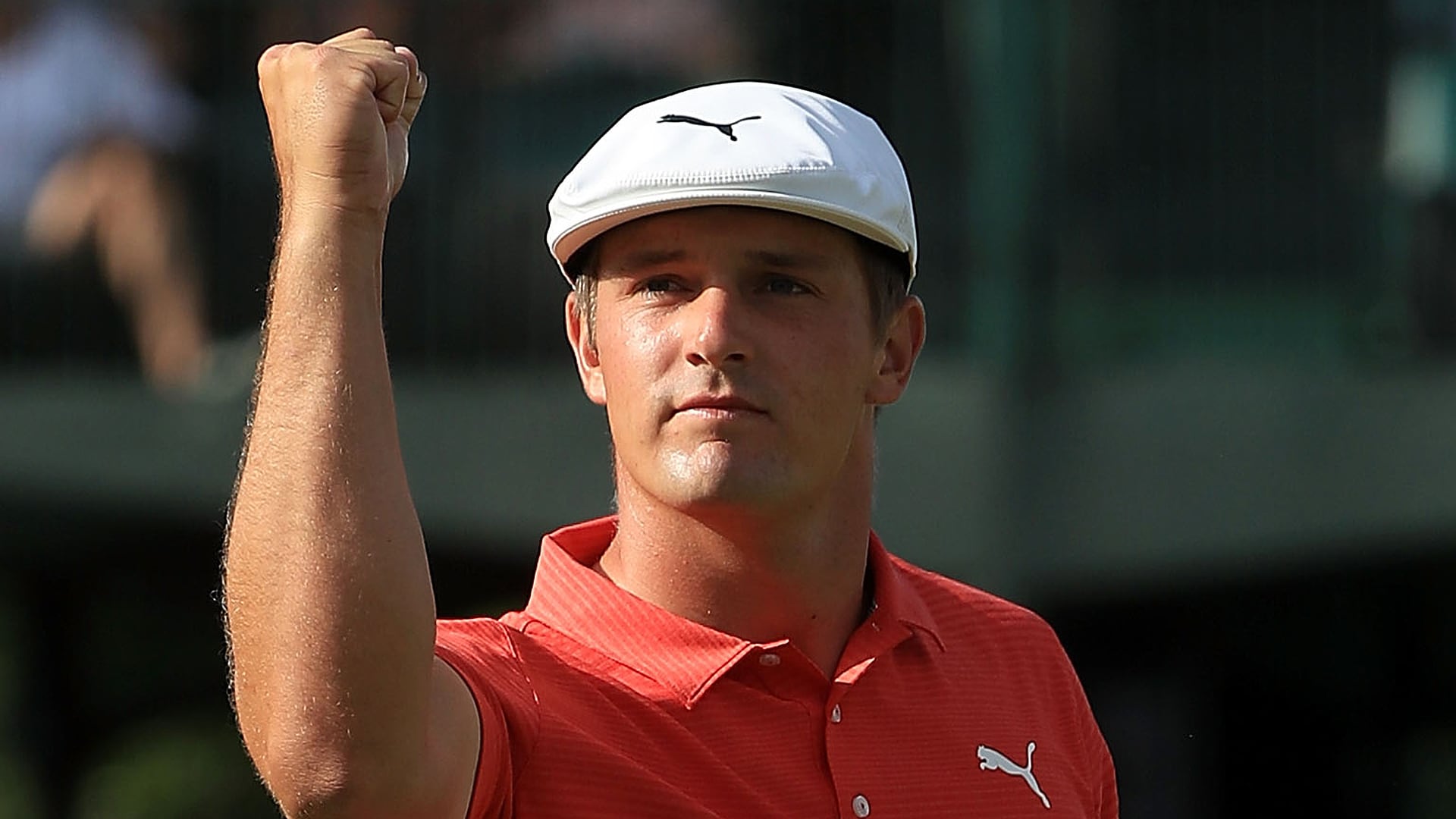 Bryson DeChambeau's rapid rise through the Official World Golf Ranking continued in the wake of his playoff win at the Memorial Tournament.

DeChambeau's victory was his second in less than a year, and it helped him jump 16 spots to a career-best No. 22 in the latest rankings. After starting the year ranked No. 99, he now has finished first, second, third, fourth and fifth among his last 11 starts.

DeChambeau wasn't the only player moving up after the Memorial, as runners-up Kyle Stanley and Byeong-Hun An moved to Nos. 38 and 56, respectively. For An, it's a jump of 29 spots and likely ensures he'll remain in the top 60 next week to earn an exemption into the U.S. Open. Patrick Cantlay, who finished alone in fourth, went from 36th to 29th.

Thorbjorn Olesen returned to the top 100 at No. 75 following his win at the Italian Open, an improvement of 54 spots, while runner-up Francesco Molinari jumped two spots to No. 18.

Following a T-35 finish at the Memorial, Adam Scott moved up only one position to No. 64 and remains outside the top 60 with the final cutoff looming for Shinnecock Hills. The Aussie is currently entered in this week's field in Memphis, where he will be vying with the likes of No. 65 Patton Kizzire and No. 69 Keegan Bradley for last-minute invites to the season's second major.

After tying for 23rd at the Memorial, Tiger Woods moved up two spots to No. 80. Woods will make his next start at the U.S. Open, and he'll need to either win an event or get into the top 50 by late July in order to qualify for the WGC-Bridgestone Invitational.